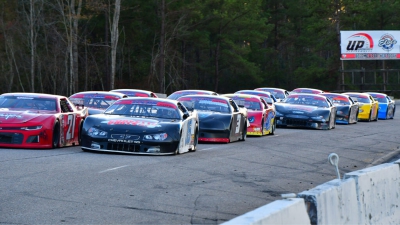 The Super Late Model division, which has been a part of the CARS Tour since its inception back in 2015, will be replaced by a Pro Late Model series that will run alongside Late Model Stocks for most of the season.

CARS Tour owner Jack McNelly sees the introduction of the Pro Late Model Tour as a logical step following recent developments with the Super Late Model division and is confident that the new venture will lead to continued growth for the series.

“Our Super car count has been dwindling for several years now,” McNelly said. “It just got to the point where I felt like we needed to make a change so we could have a wider range of competitors that could be with us.”

While McNelly is disappointed to eliminate the Super Late Model Tour despite long-time loyalty from drivers like Matt Craig, Jeff Batten, Brandon Setzer and others, he hopes that many of the regulars will end up making the jump to the Pro Late Model Tour.

McNelly said that the Pro Late Model Tour will follow similar rules to the CRA Series, Southern Super Series and those used by Montgomery Motor Speedway. A complete rules package will be announced to the teams on Nov. 15.

By not diverting from other established divisions in the region, McNelly said that Pro Late Model regulars will have more freedom to race wherever they want on an off weekend.

“Teams can load up on an off weekend and go to Pensacola, Montgomery or Nashville to race,” McNelly said. “Having the same rules may not be important for everybody but I’m sure we’re going to have a handful of drivers that run with us who want to run the All-American 400 and can do that without having to make any major changes.”

Along with being able to increase the number of doubleheader weekends with the two divisions, another factor that convinced McNelly to introduce a Pro Late Model series was his desire to create a developmental ladder inside the CARS Tour.

With more younger drivers entering the Late Model ranks over the past few years, McNelly believes the Pro Late Model Tour will give them an outlet to acquire valuable experience before they end up facing tougher competition at higher levels of auto racing.

McNelly said that he will always be grateful for the memories that were created during the six-year run of the Super Late Model Tour but he is excited to see the Pro Late Model Tour thrive alongside the Late Model Stock division for what he hopes will be for many years to come.

Schedules for both the Late Model Stock and Pro Late Model Tour will be announced during the season finale at South Boston Speedway on Oct. 16, with additional details coming later.

For additional information on the CARS Late Model Stock Tour and the CARS Super Late Model Tour visit www.carsracingtour.com. Be sure to stay active and social with the tour by liking “CARS Tour” on Facebook, following @CARSTour on Twitter, and scrolling through photos on Instagram cars_tour. Additional series information can be obtained by calling the CARS Tour series office, located in Mooresville, NC, at 704.662.9212.