The battle for the title continues in the glamorous Croatian riviera 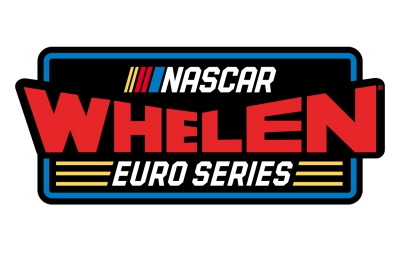 After a successful debut in the 2020 NASCAR Whelen Euro Series calendar, the Automotodrom Grobnik will host Rounds 7 & 8 of the 2021 official European NASCAR Championship. With two events left in the regular season, the championship battles in EuroNASCAR PRO and EuroNASCAR 2 are heating up and every point could make the difference at the end of the season. Entering the NASCAR GP Croatia, Hendriks Motorsport drivers Loris Hezemans and Tobias Dauenhauer are the men to beat: Both will travel to the glamorous Croatian riviera with a target on their backs.

In 2020, Alon Day scored a strong win at Automotodrom Grobnik on Sunday in EuroNASCAR PRO by beating his fierce rival Loris Hezemans by 3,181 seconds. In EuroNASCAR 2, Vittorio Ghirelli had a perfect weekend with a double win in Croatia. The Italian, who stepped up into EuroNASCAR PRO in 2021, built a lot of momentum with his maiden win in EuroNASCAR’s premier championship at Autodrom Most and will travel fully motivated to Rijeka.

The Club Challenge will also return to action on Friday with the third round of the regularity-based competition and many new entries that may one day join the grid in one of the two major NWES championships.

Loris Hezemans is leading the EuroNASCAR PRO standings after six races at Valencia, Brands Hatch and Most. The Dutchman scored three race wins so far but suffered from a little setback at the Autodrom Most in the Czech Republic due to a slow pit stop when it started to rain in Round 5. Hezemans struck back on Sunday with a second place but it was his teammate Ghirelli, who scored his maiden EuroNASCAR PRO win.

Ghirelli’s flag-to-flag win at a track featuring many similarities with the 4.168 kilometer long Automotodrom Grobnik definitely propels him among the favorites this weekend. The Italian was the fifth EuroNASCAR 2 Champion to score a win in NWES’ premier class and also closed the gap on Hezemans in the standings: The two Hendriks Motorsport drivers are only separated by 18 points ahead of the NASCAR GP Croatia.

CAAL Racing’s Gianmarco Ercoli –another former EuroNASCAR 2 Champion – sits in third with a 24-point gap from Hezemans. DF1 Racing driver Nicolo Rocca follows in fourth ahead of Sebastiaan Bleekemolen, who scored at least one podium finish at every 2021 event so far. Lucas Lasserre is sixth, while reigning NWES Champion Day will have to come from far back once again. Laying in ninth with a 51 points deficit, the CAAL Racing driver may be facing a key moment in his attempt at defending the title. After two wins at Brands Hatch and Most so far, the Israeli is keen to make it back to the top.

2020 runner-up Tobias Dauenhauer is leading the EuroNASCAR 2 Championship after scoring an amazing double win at Autodrom Most – his seasons wins number 2 and 3. The German Hendriks Motorsport driver sits 37 points ahead of his Hendriks Motorsport teammate Martin Doubek, who dominated the season opener at Circuit Ricardo Tormo in Valencia with two wins. Is there anybody who is still able to stop the German at the wheel of the #50 Ford Mustang?

Vladimiros Tziortzis might be a candidate to bring Dauenhauer’s dominant run to an end. The Cypriot is third in the overall standings with a 40-point gap from the leader. While still chasing his maiden NASCAR win, the Academy Motorsport / Alex Caffi Motorsport driver scored 4 top-5 and 5 top-10 finishes so far. Advait Deodhar, who celebrated his maiden EuroNASCAR 2 win at Brands Hatch, is in fourth just 8 points adrift from Tziortzis. The Indian already proved to belong to the leading forces in the 2021 EuroNASCAR season.

Also looking for their first ever win in EuroNASCAR are Simon Pilate, Alberto Panebianco, Francesco Garisto and Naveh Talor. The 4 young and fast shooting stars of EuroNASCAR’s talent factory are set to reduce the gap on Dauenhauer and make their first visit in Victory Lane. Closing the top-10 of the overall standings, Pierluigi Veronesi and Justin Kunz hope to use all their NWES experience to make the difference and a big jump to the front of the EuroNASCAR 2 classification.

The NASCAR GP Croatia at Automotodrom Grobnik takes place on September 18-19. Qualifying and all races will be broadcasted live on the EuroNASCAR social media platforms – YouTube, NWES App, Facebook and Twitch – as well as on Motorsport.tv.

Tight battle for the Junior Trophy – Gianmarco Ercoli leads the Junior Trophy classification for drivers up to an age of 25 ahead of Giorgio Maggi, who topped the special category at Autodrom Most for the first time in 2021. The Italian and the Swiss are separated by only 26 points ahead of the NASCAR GP Croatia.

5 points between the top Challenger Trophy drivers – Close, closer, Challenger Trophy: In the special classification for bronze and silver drivers, Henri Tuomaala leads Yevgen Sokolovskiy by only 5 points and Davide Dallara by 25.

Leonardo Colavita set for EuroNASCAR debut – After learning all about the NWES Pure Racing monsters in the Club Challenge, Leonardo Colavita is set to make his competitive NWES debut at Automotordrom Grobnik. The 16-year-old talent will pull double duties and race in both Championships for Vict Racing.

Panebianco the best rookie – The Italian leads the Rookie Trophy by 35 points ahead of Miguel Gomes from Portugal. Austrian Alina Loibnegger rounds out the top-3 while battling with Arianna Casoli for Lady Trophy glory.

Hot fourway battle for the Legend Trophy – Ahead of the NASCAR GP Croatia, Max Lanza is leading the special classification for drivers aged 40 and more. He’s only 8 points ahead of Sokolovskiy, who’s followed by Ian Eric Waden and Miguel Gomes.