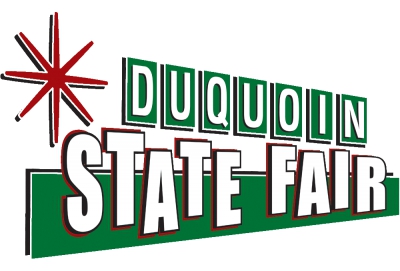 Georgia’s Cory Heim dominated the 59th Allen Crowe 100 at the Illinois State Fairgrounds nearly two weeks ago.  He will need a similar performance in the ARCA Menards Southern Illinois 100 to cut into the eleven-point lead Ty Gibbs has in the 2021 ARCA Menards championship chase.  Heim had cut the lead after Springfield but a Gibbs win at Milwaukee combined with Heim’s sixth place finish opened the gap to eleven points with just four races (including Du Quoin) left on the 2021 schedule.

Cory Heim had never won a mile dirt track race before August 22 but in just his third start at Springfield he qualified for the pole position, led the opening 61 miles and the last 25 miles to give the potent Venturini team another ARCA victory.  Ty Gibbs ran a close second to Heim at Springfield and the championship battle was as tight as it could be heading to the Sprecher 150 on the Milwaukee Mile at Wisconsin State Fair Park.

Gibbs turned the table by setting fast time then leading all 150 miles for his ninth win of 2021.  Heim qualified fourth but dropped two spots at the finish.  Third place in the ARCA standings Thad Moffit is 215 points behind and running a limited schedule so logistically the championship battle comes down to the nineteen-year-old from Georgia and the 18 year old Gibbs who hails from North Carolina.

Heim may have the slightest advantage when Sunday night rolls around.  He has a victory on one of the dirt miles and he has one start at Du Quoin coming in 2019 when he started twelfth and finished third completing all 100 miles.  Gibbs has never won on one of the ARCA dirt tracks and has never run on the Magic Mile at Du Quoin.  In addition, Heim’s race team Venturini Motorsports has four Southern Illinois 100 trophies.  Steve Arpin won in 2010, Tom Hessert III in 2016, Logan Seavey in 2018 and Christian Eckes in 2019.  The Venturini team knows how to get a young driver into Du Quoin’s victory lane.

Cory Heim has six wins in 2021 and three pole positions as well as 16 top 10 finishes in 16 starts.  His driver for win number seven and the ARCA point lead begins late Sunday afternoon on the Magic Mile of clay at the Du Quoin State Fairgrounds.