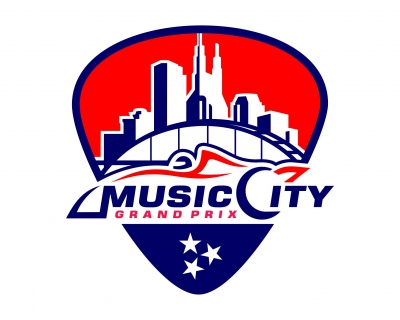 Big Machine Distillery is owned by music mogul Scott Borchetta and operated by his brother Mark Borchetta, two brothers with a decades-long passion for motorsports. After Nashville-based mega-brand Big Machine was announced as the title sponsor of the Music City Grand Prix earlier this year, launching a limited-edition cask strength bourbon was the perfect way for the Borchetta family to commemorate the sport’s return to the city.

“The initial idea and vision for Big Machine Distillery was based on the desire to have a proper Tennessee Bourbon Whiskey, as all things Big Machine have been born in Tennessee,” said Scott Borchetta. “Today that vision is realized with Borchetta Bourbon. It honors our family name, it was distilled at our central distillery in Lynnville, Tennessee, and it highlights the genius of our master distiller Clayton Cutler. Mark has gone to great lengths and personally picked one-of-a-kind barrels that are exclusive to this release. For fans of extraordinary brown spirits, this limited run is not to be missed.”

The bourbon’s uniquely designed bottle is adorned with a photo of one of Nashville’s earliest known open-wheel races held at Tennessee State Fairgrounds Speedway in 1911. Topping each hand-numbered bottle is a bronze collectible replica of the Marmon Wasp, the winning car from the very first 500-mile race held at Indianapolis Motor Speedway held that same year.

"Racing and music have been part of our family for decades. The spirits part came later but is now equally integrated thanks to our rapidly growing new adult vodka juice pouches, Big Machine Vodka Spiked Coolers, and the success of our Big Machine Platinum Filtered Premium Vodka, ‘The Smoothest Tasting Vodka, Period!’,” says Mark Borchetta, the company’s executive vice president. “Bringing all three categories together in this highly anticipated event here in Nashville is going to be epic!”