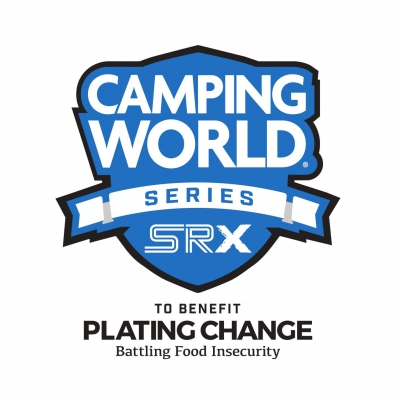 WHERE:  Knoxville Raceway in Knoxville, Iowa

TV: LIVE on the CBS Television Network with streaming on Paramount+ Premium at 8 p.m. EDT on Saturday, June 19

●  Banking: 8 degrees in the turns; 4 degrees on the straightaways

CHAMPIONSHIP STANDINGS: After Round 1 of 6

●  A driver-owner with 180 career feature victories, including five in the World of Outlaws Sprint Car Series.

●  Had a streak of three consecutive runner-up finishes in the 410 Knoxville Nationals from 2012 through 2014.

●  Has accumulated more than 600 wins in a career spanning over 40 years.

●  Winner of the 2004 World of Outlaws Late Model Series championship.

●  Inducted into the National Dirt Late Model Hall of Fame in 2002.

●  Substituting for Tony Kannan at Knoxville and July 10 at Slinger (Wis.) Speedway as Kanaan has schedule conflicts that prevent him from competing in SRX on those two dates.

●  Three-time winner in the NASCAR K&N Pro Series West, and was the first female to win a race in the series.

THE CREW CHIEFS: ONE LOCAL ALL-STAR and THREE VETERANS

Guy Forbrook is the local all-star crew chief. Forbrook is a second-generation racer from Minnesota and a 2017 inductee into the National Sprint Car Hall of Fame. His promising driving career was cut short by a passenger car accident at a young age that relegated him to a wheelchair. Though it ended his driving career after double-digit wins throughout Minnesota and the Upper Midwest, Forbrook went on to achieve great success as a mechanic, crew chief and team owner over the past three decades. He put together his first sprint car team with the help of Ron Kohls in 1988 that in its first two years alone claimed 54 feature wins with drivers Jerry Richert Jr., and Danny Lasoski. Forbrook is best known for his success at Knoxville, where he has 87 victories and 11 track championships. His career numbers include more than 288 feature wins at 69 different racetracks in 23 states while working with a virtual who’s who of short-track drivers that includes Lasoski, Steve Kinser, Sammy Swindell, Jac Haudenschild, Terry McCarl, Tim Kaeding and Jeff Shepard.

With a combined 77 NASCAR Cup Series victories between them, Mike Beam, Jeff Hammond and Todd Parrott bring decades of race-winning experience to the Camping World SRX Series. All have won some of the biggest races in NASCAR, from Beam winning the 1994 Southern 500 at Darlington (S.C.) Raceway with Bill Elliott, to Hammond helping score Darrell Waltrip’s long-coveted victory in the 1989 Daytona 500, to Parrott’s powerhouse 1996 performance that saw Dale Jarrett win three of NASCAR’s biggest races – the Daytona 500, the Coca-Cola 600 and the Brickyard 400.

Beam is a veteran of more than 600 NASCAR Cup Series races over 22 seasons, a run that began with Kyle Petty’s first fulltime season in 1981. Beam scored his maiden Cup Series victory with Elliott in the fall 1990 race at Dover (Del.) International Speedway, one of the duo’s 12 top-five finishes en route to fourth in the season championship. The two were victorious again in the 1994 Southern 500 at Darlington (S.C.) Raceway, and Beam’s most recent Cup Series victory came with driver Ricky Craven in the fall 2001 at Martinsville (Va.) Speedway. After working his last Cup Series race in 2004, the Hickory, North Carolina-native continued as a crew chief in the NASCAR Xfinity Series and NASCAR Camping World Truck Series through 2014, highlighted by 10 Xfinity Series victories with Carl Edwards in more than 39 races together at Roush Fenway Racing in 2010 and 2011. In the Truck Series, Beam scored six wins in 14 races with Mark Martin in 2006, and four wins with driver Travis Kvapil in 2007.

Hammond is perhaps best known over the past two decades for his work as a NASCAR television commentator, but he is one of the winningest crew chiefs in Cup Series history. A native of Charlotte, North Carolina, and former cornerback at East Carolina University under coach Pat Dye, Hammond broke into NASCAR in 1974 as a tire changer and then a jackman at Junior Johnson & Associates and played a role in driver Cale Yarborough’s three consecutive Cup Series titles from 1976 to 1978 before Waltrip’s 1981 championship. Hammond was promoted to crew chief in 1982 at the encouragement of Waltrip, and the duo quickly rose to prominence, winning the series title in their first year together and becoming one of the most prolific driver-crew chief combinations of the 1980s. They scored 43 wins together, added the 1985 championship, and finished runner-up in the 1983 and 1986 title chases. In 1987, Hammond joined Waltrip midseason at Hendrick Motorsports and were winners once again in September at Martinsville. Eight more wins followed, a run that included the 1989 Daytona 500.

Parrott, another Charlotte native, embarked on a remarkable seven-year run with Jarrett in 1996 that featured 26 wins and culminated with the 1999 Cup Series championship while at Robert Yates Racing. This combination finished in the top-three in the title chase for four consecutive seasons from 1996 through 1999 and added a fourth-place finish in 2000 and another top-five in 2001. The duo was victorious one last time at the fall 2005 race at Talladega (Ala.) Superspeedway. In his 14-year tenure at Yates, Parrott also worked with drivers Ernie Irvan, Elliott Sadler and David Gilliland, scoring a pair of wins with Sadler in 2004. Parrott began a three-season run at Richard Petty Motorsports in 2010, where he was reunited with Sadler before joining forces with Marcus Ambrose for a run that included back-to-back wins at Watkins Glen (N.Y.) International in 2011 and 2012.

●  Prepared to run the 2020 New York Marathon before the COVID-19 pandemic forced cancellation of the event.

●  Winner of the 2021 Rolex 24 at Daytona with co-drivers Filipe Albuquerque, Ricky Taylor and Alexander Rossi.

●  Credited with beginning the tradition of climbing the fence after a race win, which he did after scoring his first career INDYCAR victory at the 2000 Detroit Grand Prix.

●  Mirror Ball Trophy winner on Season 5 of Dancing With The Stars in 2007, alongside partner Julianne Hough.

●  Voted NASCAR’s Most Popular Driver by fans a record 16 times.

●  Winningest driver in the 55-year history of the SCCA Trans Am Series, all while being just 23 years old.

●  At 16, became the youngest champion in Trans Am history and is the youngest professional driver to win seven consecutive championships.

●  One of his most impressive performances came in the 2018 Trans Am race at the Indianapolis Motor Speedway road course. He had to miss qualifying because of a NASCAR commitment, but still won the race from the back of the grid.

●  Has made select starts in the NASCAR Xfinity Series and NASCAR K&N Series.

●  Counts Willy T. Ribbs as a mentor and, like Ribbs, making a name for himself in Trans Am.

●  Lebanese ancestry but grew up in Brazil; member of racing “Brat Pack” with Dario Franchitti, Max Papis and the late Greg Moore.

●  Avid triathlete and has completed Ironman event in Hawaii.

●  Won 2001 International Race of Champions (IROC) title, which was the precursor to SRX.

●  Is a television analyst for FOX, specifically FS1’s RaceDay.

●  Owns a Red Mango yogurt shop on the campus of Duke University.

●  Winner of the 1977 Dunlop/Autosport Star of Tomorrow Formula Ford 1600 championship.

●  A 17-race winner in the SCCA Trans Am Series. Was the 1983 Trans Am Rookie of the Year on the strength of five wins and finished second in the series championship to teammate David Hobbs.

●  In the Disney Channel cartoon The Proud Family, character Penny proud and her friends attend Willy T. Ribbs Middle School, where the mascot is “Racer.”

●  Ribbs was the subject of the 2020 Netflix documentary, Uppity: The Willy T. Ribbs Story.

●  Stewart is the first and only driver to win championships in stock cars, Indy cars and open-wheel Midget, Sprint and Silver Crown cars.

●  Owner of Tony Stewart Racing, winner of 26 championships – 14 in USAC, nine in the World of Outlaws Sprint Car Series and three in the All Star Circuit of Champions TQ Midgets.

●  Formed the Tony Stewart Foundation in 2003.The 501(c)(3) organization’s goal is to raise funds primarily distributed to serving three specific groups – chronically ill and physically disabled children, animals that are endangered or at-risk, and drivers injured in the sport of motor racing. To date, the Foundation has awarded nearly $7 million to assist charitable initiatives for more than 150 well-qualified organizations throughout the United States.

●  Finished second to Helio Castroneves in the 2002 Indianapolis 500.

●  Author of a New York Times best-seller in 2011, In the Blink of an Eye: Dale, Daytona, and the Day that Changed Everything. A documentary film adaptation was released in 2019.