CARS Super Late Model Tour Returns to Action on July 3rd at Jennerstown Speedway with $20,000 on the Line 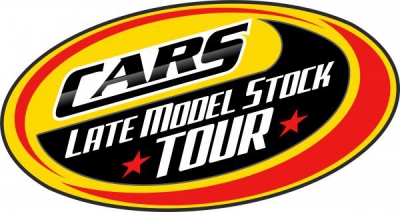 After a mid-season break, the CARS Super Late Model Tour will return to action for the 2nd annual American Freedom 300, which will pay a hefty $20,000 to win at Jennerstown Speedway Complex on July 3rd.

The 200-lap event will mark the halfway point of the 2021 season and will be the first time the Super Late Model cars have been in the action in two months after last racing on May 8th at Nashville Fairground Speedway.

Championship points standings has Carson Kvapil at the top with a pair of wins through the first three events, leading by eleven markers over defending series champion Matt Craig. Both drivers will lead the entry list for the American Freedom 300.

Another name on the early entry list, will be one that local fans at the half mile central Pennsylvania race track are familiar with. Defending Late Model track champion, Albert Francis has filed his entry to compete for the $20,000 top prize at his home track. Francis, from Painesville, Ohio, competed in the inaugural event a season ago, scoring a solid tenth place finish.

Defending race winner Bubba Pollard has only competed in a handful of pavement races during the 2021 racing season, deciding to help his family with Senoia Raceway, a dirt track they took ownership of during the off season.

Pollard has confirmed he will be back at the Jennerstown Speedway Complex to defend his win from a year ago. Pollard led 135 laps of the 200-lap race a season ago in route to his $20,000 payday.

One of the drivers that did lead some laps in last year’s event that will be looking for just a little bit more, will be Texas native Chris Davidson. The veteran made the long haul to compete in the American Freedom 300 a season ago, and it paid off for him with an impressive 5th place finish after leading 51 laps. Davidson has filed his race entry and hopes that the second go at the half mile track will be what he needs to get back to victory lane in Super Late Model competition.

For additional information on the CARS Late Model Stock Tour and the CARS Super Late Model Tour, visit www.carsracingtour.com. Be sure to stay active and social with the tour by liking “CARS Tour” on Facebook, following @CARSTour on Twitter, and scrolling through photos on Instagram cars_tour. Additional series information can be obtained by calling the CARS Tour series office located in Mooresville, NC, at 704.662.9212.