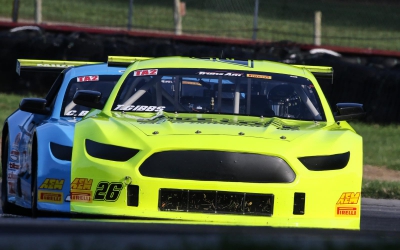 Headlining the Charlotte SpeedTour March 19-21, American muscle will once again roar at the Charlotte Motor Speedway as the Trans Am Series presented by Pirelli returns to the famous Roval after a 21-year absence.

A stacked roster of up-and-coming NASCAR stars will clash with veteran Trans Am drivers for an intense 100 mile sprint as the series debuts its newest championship, The Trans Am ProAm Challenge.

Partnering with SCCA, Trans Am launched the crossover program during the off season. Making an easy path for road racing teams to crossover to Trans Am is the primary focus of the new ProAm Challenge, with the 2021 schedule and rules package providing flexibility for teams and drivers to chase both their ProAm Challenge and their SCCA Road Racing goals in the same year.

Charlotte Motor Speedway is the only stand-alone ProAm Challenge event, as the Sonoma Raceway round will be held in conjunction with the Trans Am Series presented by Pirelli West Coast Championship season opener in April.

With engines capable of lasting an entire season and cost control measures that allow drivers to fully focus on racing, not the financing of it, the TA2® class represents an outstanding value platform in racing. The class has also become an increasingly popular choice for drivers climbing the NASCAR ladder as road-course racing has become much more prominent on the NASCAR calendar. 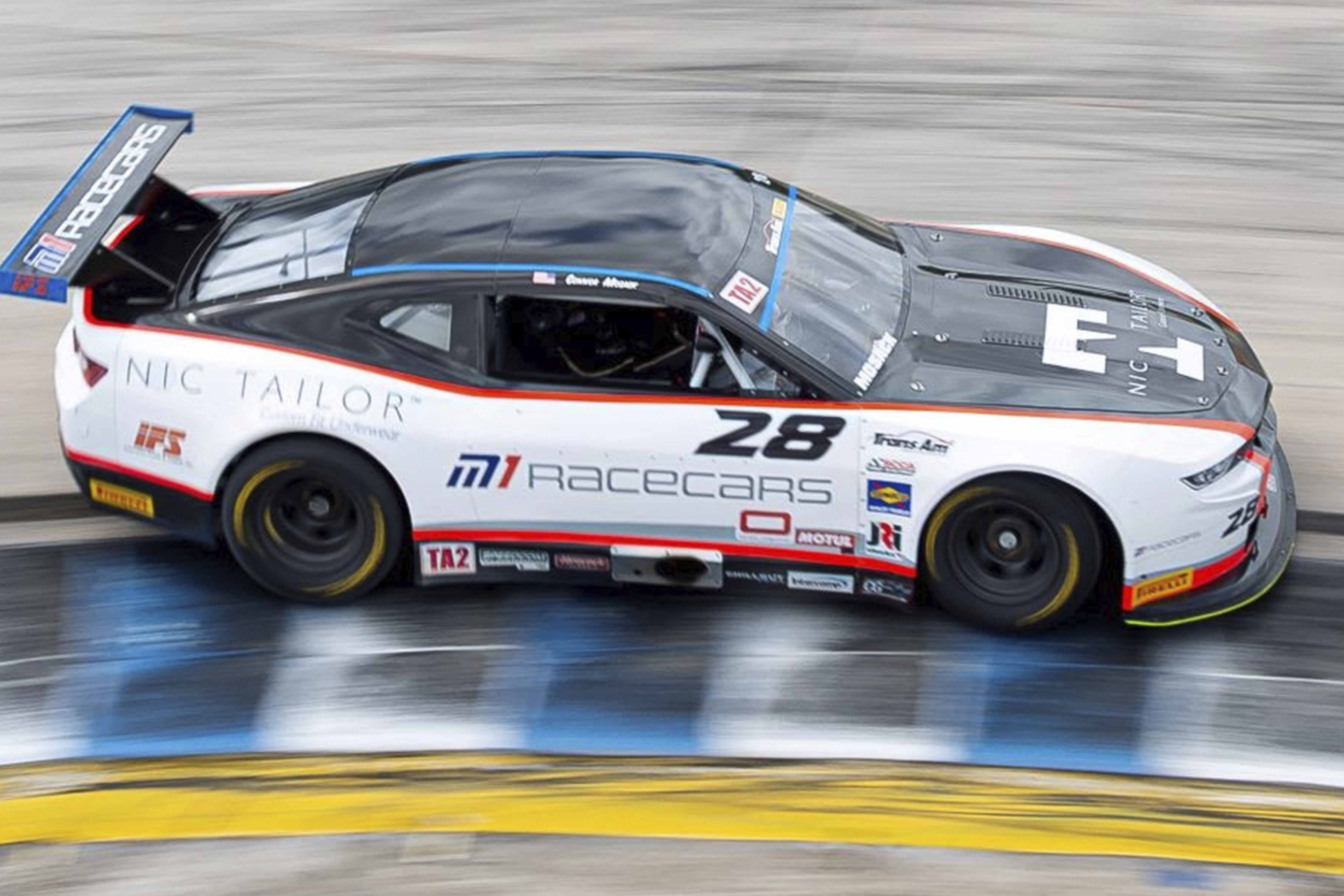 Pushing his development forward with TeamSLR, Charlotte-native Connor Mosack (No. 28 NicTailor/IFS M1-SLR/Fields Chevrolet Camaro) will make his second TA2® start of 2021 with NASCAR veteran Scott Lagasse Jr. as his coach.

The Roval will be Mosack’s fifth overall start in TA2 competition. He raced in two doubleheaders last year at Virginia International Raceway and Michelin Raceway Road Atlanta with a best overall finish of fourth place. This weekend will mark the 22 year old’s first competitive foray on the full Roval course, Mosack ran the infield portion of the Roval in Legends cars earlier this month to get more prepared for this weekend.

“Now more than ever, road-course racing is really important to be a versatile racer,” said Mosack. “Becoming adept at road racing is now crucial to NASCAR and, thankfully, it’s something I really enjoy. Trans Am is the best series to get this road-course experience since it’s the closest road-racing series to a stock car.

“The Roval is a pretty tough track,” continued Mosack. “It has relatively low grip on the infield portion and it’s narrow. Passing will be done mostly on entry and exit off the chicanes. It’s my home track, though, and I’m looking forward to racing there.” 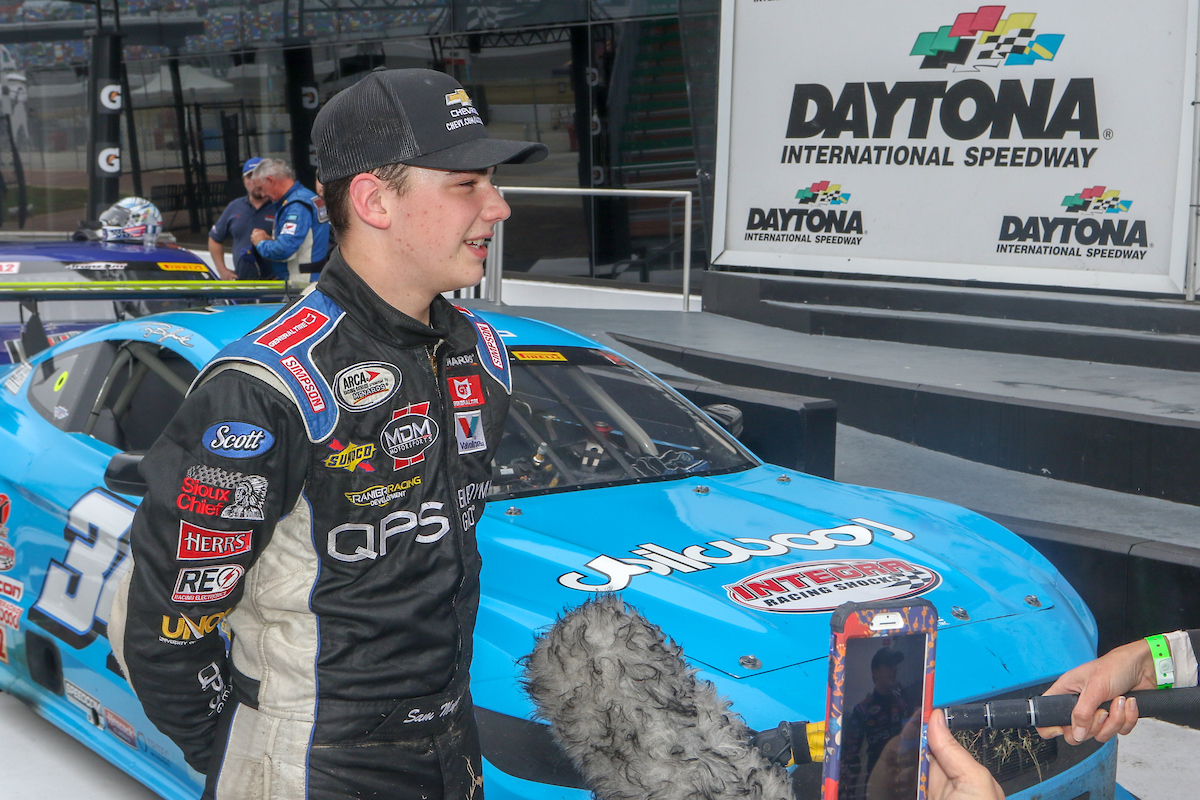 Mayer qualified on pole in TA2®’s last race on a Roval at Daytona International Speedway in 2019 and just missed out on the checkered flag. Now the two-time ARCA Menards Series East champion is on the hunt for the win that got away in Daytona.

“These Trans Am races are important to me,” said Mayer. “I want to win all five races I’m entering. I know we have the speed as a team to do so, it’s just about being there at the end. Running these Trans Am races will help me get ready for my upcoming NASCAR races at these tracks. I will begin competing full-time in the NASCAR Xfinity Series later this season once I turn 18.”

“Running these road courses is the most important thing right now,” Mayer continued. “All the tracks I’m running this season are good tracks to help prepare me for my NASCAR career. Having solid finishes in the road-course races will help put you on the map.” 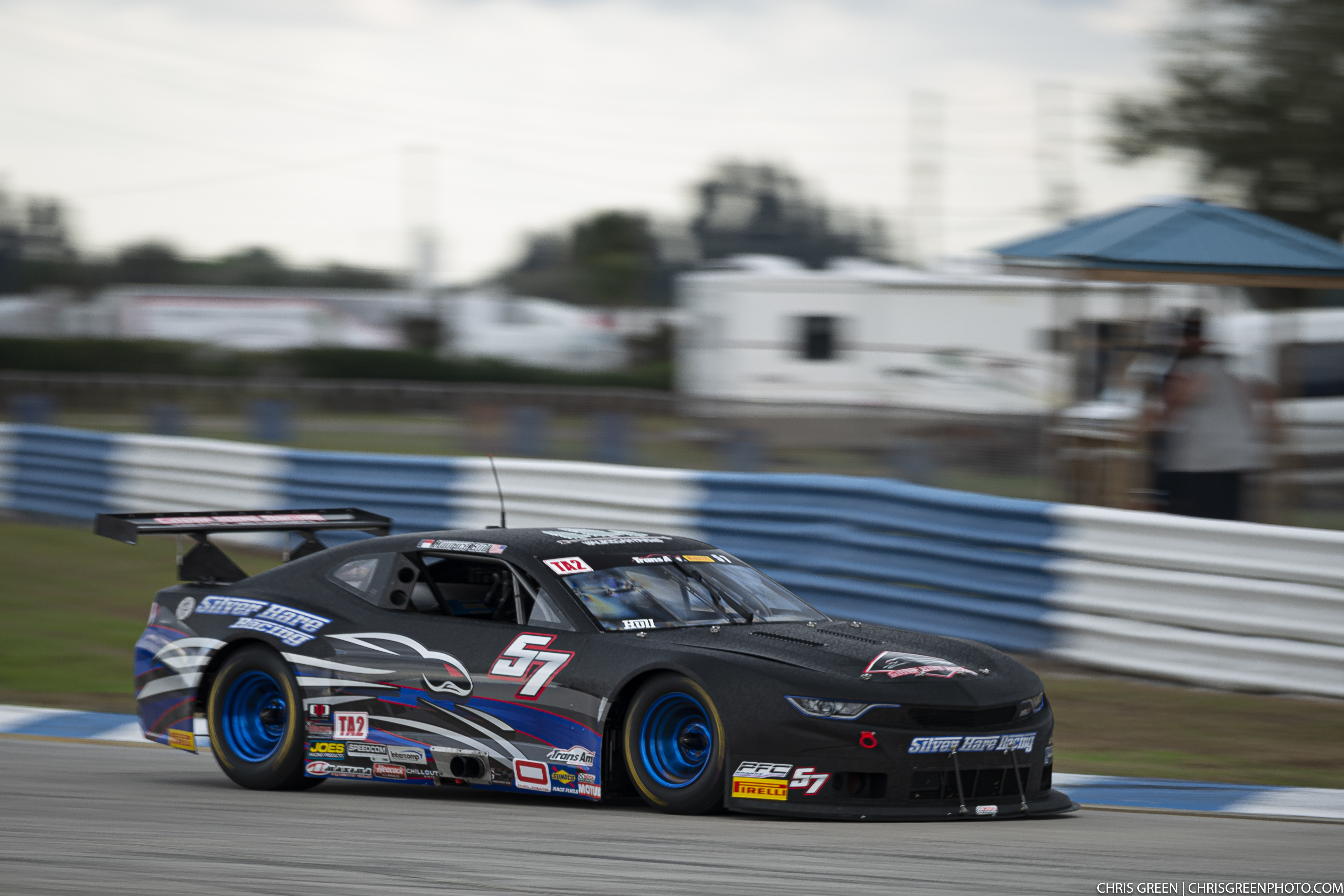 Fresh off an Xfinity Series victory at Daytona, Ty Gibbs, son of Coy Gibbs and grandson of Joe Gibbs, has four Trans Am starts with his highest finish of fifth place at Road Atlanta in 2019. Gibbs will run 15 Xfinity Series races this season, including the Charlotte Motor Speedway round later this year in May, making his time behind the Trans Am wheel an important tool in his season development.

As a full-time competitor in ARCA Menards Series, Heim will make his Trans Am debut under the Mike Cope banner, piloting the No. 99 Mike Cope Race Car Ford Mustang on the 2.28-mile, 17-turn Roval. Heim recently took the victory at the ARCA season opener in Daytona and finished second behind Gibbs just last week at Phoenix in the ARCA division.

Working around their Xfinity Series commitment on Saturday at Atlanta Motor Speedway, Burton and Jones will be under the watchful eye of NASCAR development driver and Silver Hare Racing Team Manager/Coach Michael Self. 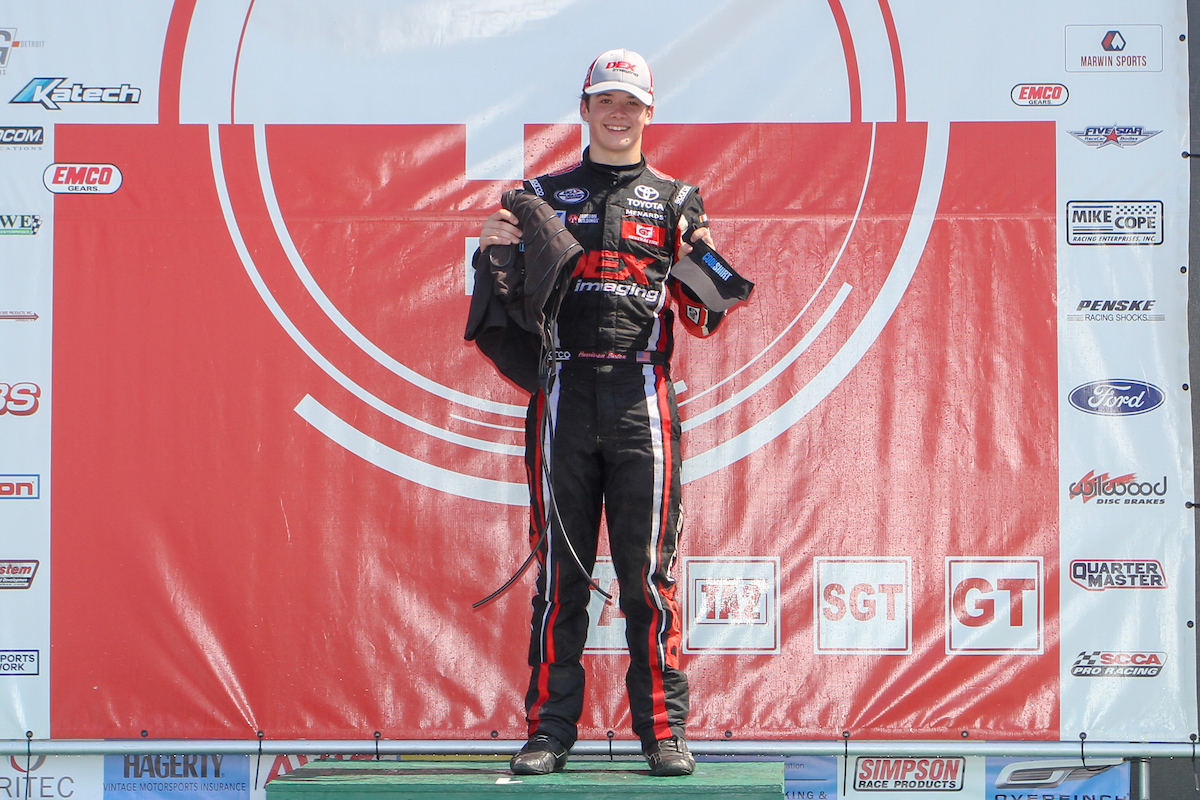 In 2019, Harrison Burton, son of former NASCAR Cup Series driver Jeff Burton, had a break-out Trans Am race at VIR, making up 20 positions to finish in eighth place. The comeback earned Burton the move of the race. Finishing fifth overall in his latest Xfinity Series race at Phoenix, Jones will return to the Trans Am lineup marking his second start in the class. The pair of Joe Gibbs Racing regulars are both four-time winners in the Xfinity Series and the additional seat time on the Roval will prepare Burton and Jones for the NASCAR Playoffs round at Charlotte in October.

“We’re really looking forward to having Brandon and Harrison join us at the ROVAL,” said Self. “Both are not only great drivers that I’ve had the chance to work with and race against, they’re also great people and good friends of mine. I’ve watched both of them win through their racing careers and climb from the NASCAR K&N level up through the Xfinity series, so it’s really special for me to have them competing in the Silver Hare TA2® cars this weekend. We’re putting a big focus on road course driver development at Silver Hare Racing and having two winning Xfinity series drivers in our cars at a NASCAR Playoffs track really highlights our program.” 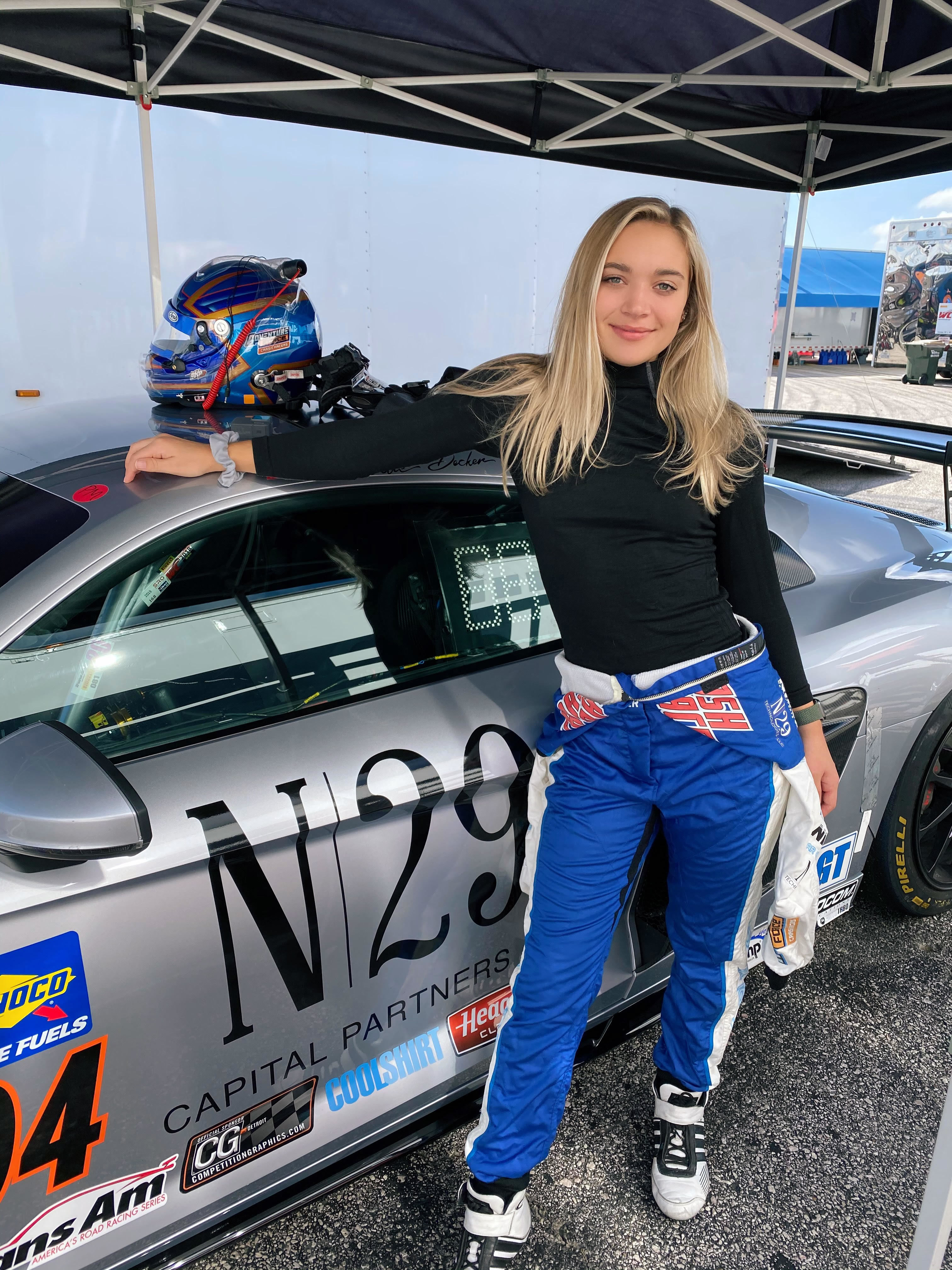 Natalie Decker will pilot the No. 04 Red Street Records/N29 Capital Partners Audi R8 for Ave Motorsports in the SGT class at Charlotte. Last year, Decker showed great promise in the Trans Am Series presented by Pirelli West Coast Championship, earning ‘Rookie of the Year’ with Ave Motorsports after claiming her first class win at Circuit of The Americas.

“I’m so excited to be racing at the Charlotte Roval, I have never raced there before,” said Decker. “I have raced the Audi R8 with Ave Motorsports three times and I love this car! It’s a beautiful race car. You can drive these cars so hard, there is traction control and ABS (anti-lock braking system).“

In a mixed class field, the youth in TA2® will go against a veteran cast of Trans Am drivers like Simon Gregg (No. 59 The Peter Gregg Foundation Chevrolet Camaro), Jeff Hinkle (No. 9 TRGDataCenters/Netdepot.com Dodge Challenger) and AJ Henriksen (No. 44 ECC/AnchorBolt&Screw Chevrolet Corvette).

Fresh from making his Dodge Challenger debut in the TA Class at Sebring last month, 2020 Trans Am Xtreme GT Champion Ken Thwaits is set to unveil a TA Class competition car, new to his stable, at Charlotte Motor Speedway. The non-points weekend will allow Thwaits to shakedown and try new setups for the No. 5 Franklin Road Apparel Chevrolet Camaro ahead of Road Atlanta. 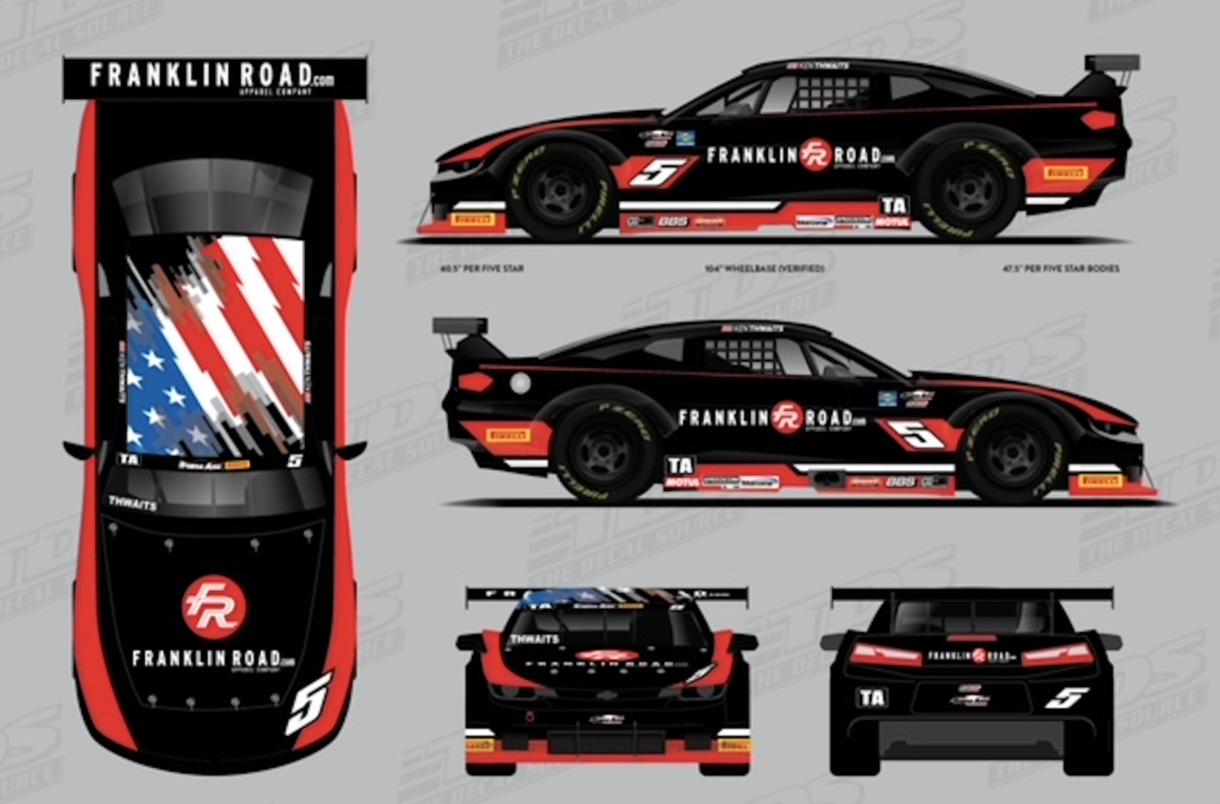 "I've acquired this Camaro to compete in the TA Class for the rest of the 2021 Trans Am season,” explained Thwaits. “Charlotte is only six hours from our Tennessee headquarters, so it makes sense to go there and get some valuable track time ahead of Road Atlanta. It will be fun, but it will be very competitive which is perfect. I'm looking forward to the weekend immensely and grateful to Trans Am for staging the racing schedule that they’ve put together."

The Trans Am ProAm Challenge will start the weekend with a pair of tests on Friday, followed by an official practice on Saturday morning before qualifying at 3:45 p.m. Eastern. The weekend concludes with a 100-mile all class race starting at 11:45 p.m. Eastern. Fans can follow live timing and scoring on www.GoTransAm.com/livetiming.

The Charlotte SpeedTour is free for all first responders, veterans, active military and teachers with a current work or military I.D. Discounted ticket packages are also available at www.SpeedTour.net/events.