Ernie Francis Jr. Storms to Trans Am Victory at Mid-Ohio

Patience paid off for Ernie Francis Jr. Saturday in the second Trans Am Series presented by Pirelli race of the season. Gridded fifth, Francis worked his way up the field on a slick but drying track to take his seventh-consecutive victory at the Mid-Ohio Sports Car Course.

“The race was a struggle from start to finish,” admitted Francis, who went on to win the title following his six previous Mid-Ohio triumphs. "We had a lot of pressure going into this race not starting on pole and starting in fifth is not something we are used to. We knew we had some work to get done. The conditions made it more than difficult raining before the green flag and drying out through the race. I can't say enough about my team - they gave me a great car that ran without issues the whole weekend. This win makes it seven wins in a row here at Mid-Ohio which is awesome. Thank you to everyone who helped me get the win today and big thank you to my sponsor, One South Florida Wealth Advisors for their continued support.”

Francis had a sizzling battle with Chris Dyson for second position early in the race. After running nose-to-tail for six laps, Francis passed his rival with 33 minutes remaining. Francis then began to work on trimming a 26-second deficit to race leader Tony Ave. Francis finally took the lead with 20 minutes remaining, and went on to win by 2.827 seconds. He was awarded the Cool Shirt Move for going from fifth to first on the damp track.

The bulk of the field began the race on rain tires on a slick track. Ave – a former snowmobile champion – found conditions to his liking and he pulled away to a sizable lead in his pole-winning No. 4 Lamers Motor Racing Corvette. With the track gradually drying out, Ave lost his advantage – along with the lead – with both Francis and Ave nursing their tires to the finish on a nearly dry track at the finish. 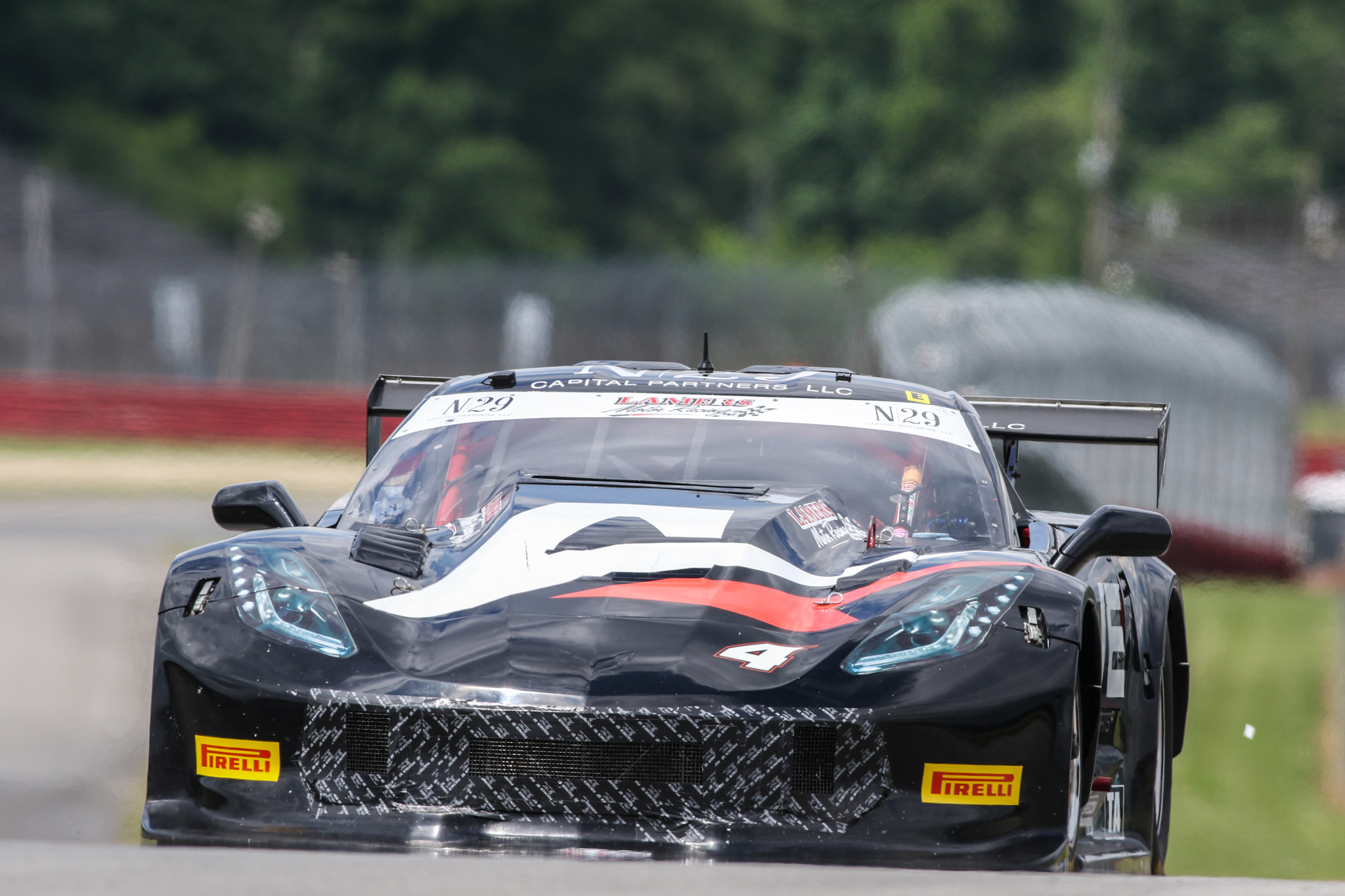 "Our strategy for today was to go as hard as possible,” Ave said. “We had a problem yesterday with an electrical component that we thought we solved but it was still an issue in the race. In the rain, we were able to run as normal but when the sun started to dry out the track we struggled. I ran as hard as I could but I couldn't keep up. We ran wet tires the whole time to save a set since I knew we wouldn't be able to do much with the electrical issue."

Losing second to Francis, Dyson gambled and pitted for slick tires on the No. 20 Plaid Ford Mustang. Returning to the race more than 70 seconds in arrears, Dyson passed both Tomy Drissi in the No. 8 Lucas Oil Chevrolet Camaro and Doug Peterson in the No 87 3-Dimensional Services Group Camaro to get in podium position. Time ran out on the New Yorker, with Dyson finishing 23.757-seconds back after repeatedly turning the fastest laps of the race.

"It's great to be back with Trans Am here at Mid-Ohio,” Dyson said. “In our race, the tires were a gamble. The gap between Ernie (Francis Jr.) and to Tony (Ave) was worth a shot to make a change. The pit stop took forever which cost us the race win today even having the fastest car on track. The Plaid Mustang was flying today but we just ran out of time.”

Drissi held on for fourth, followed by Peterson, Simon Gregg in the No. 59 Derhaag Motorsports Camaro and home town racer Amy Ruman in the No. 23 McNichols Company Corvette.

Seeing his closest rival in the XGT Class pit for slick tires, Erich Joiner made a similar move on the following lap. It paid off, with Joiner winning his second-consecutive race in the No. 10 Championship Coffees and Tool Porsche 911 GT3 R. Ken Thwaits took second in the No. 5 Franklin Road Apparel Audi R8 LMS Ultra. 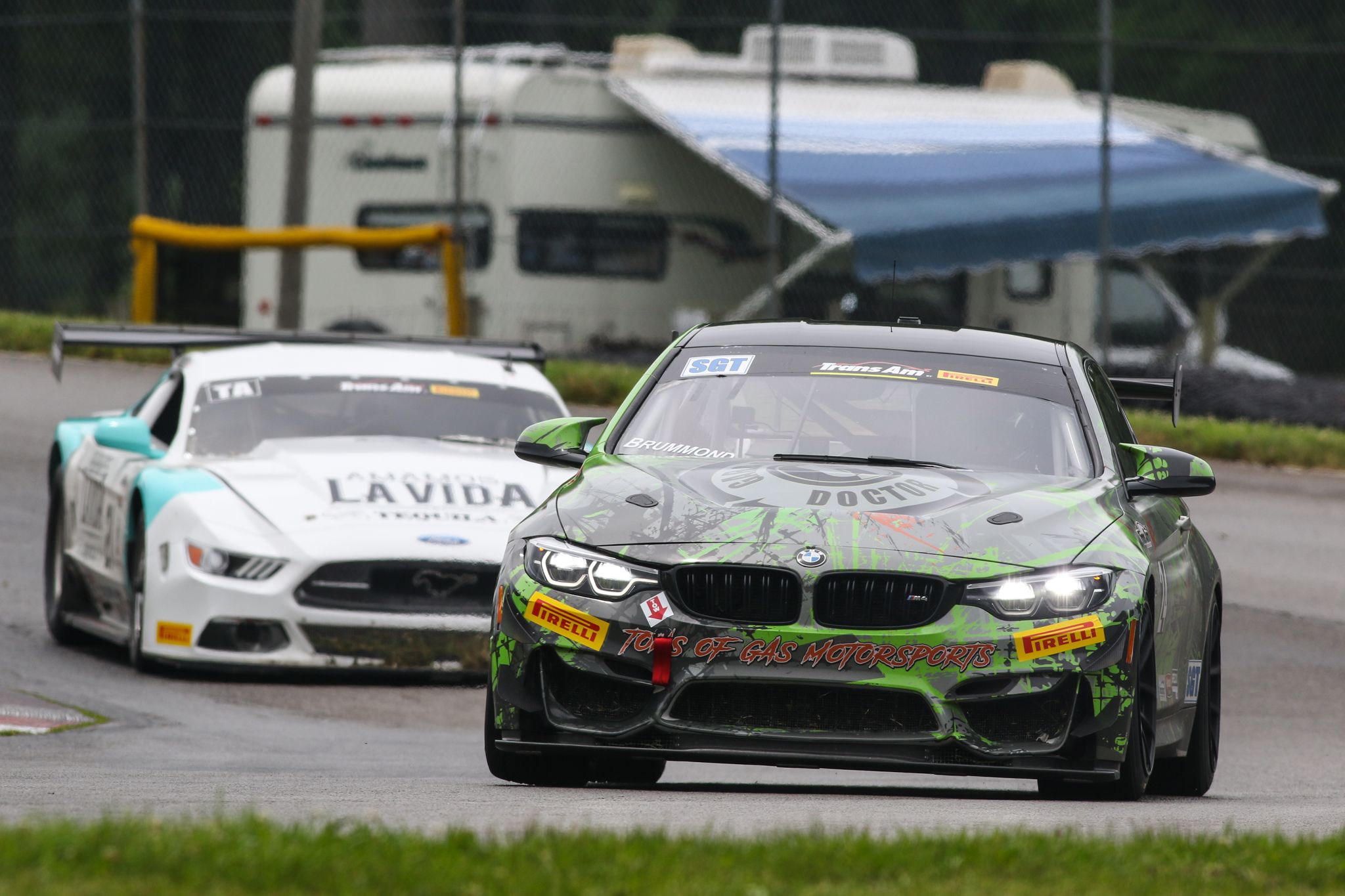 One day after capturing the SGT Class pole in the rain, Trans Am debutant Mark Brummond led start to finish to win in the No. 24 Garage Door Doctor/Dynamic Auto Tune BMW M4 GT4.

"I love racing in the rain, so when it was raining during practice I wanted to nail down my racing line,” Brummond said. “That practice paid off in the race. We had a good one even with the tires being completely worn down, but we kept going and I am happy with our result today."

Adrian Wlostowski took a career-best second in the No. 96 F.A.S.T. Auto Ford Mustang, after finishing third three times. Sebring winner Lee Saunders rounded out the podium in the No. 84 Landsearch LLC Dodge Viper. 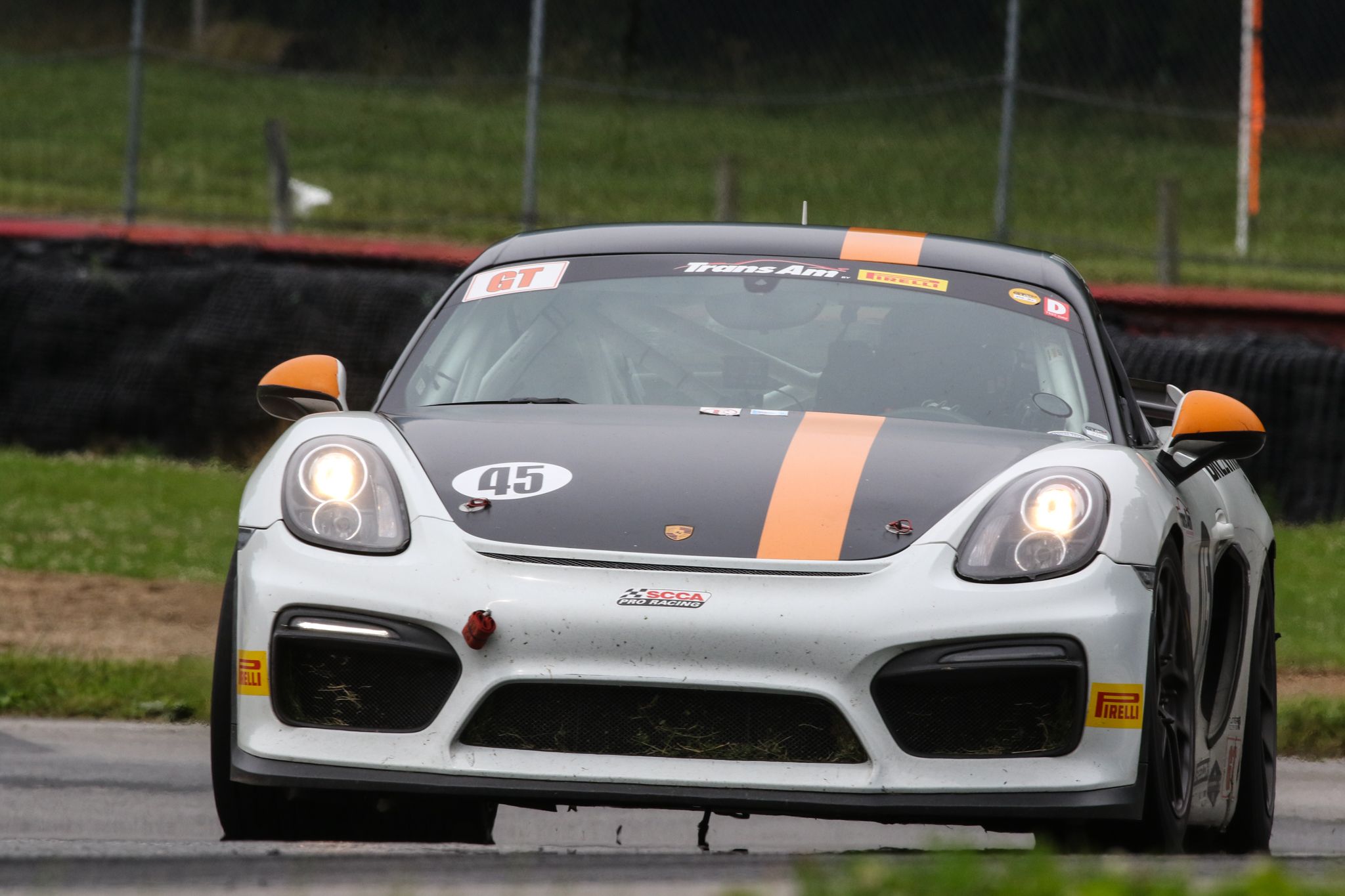 “I was limping home,” Horrell admitted “I was having the same problems I had at Sebring with the car failing, no power at all, and I had less than an eighth of a fuel tank left. Thank God I made it.”

By downloading the app, fans can access exclusive Trans Am content. Fans can watch the live stream of the races, follow their favorite drivers through the field by switching from six different camera angles, access live timing and scoring, keep up with the latest news and download the event program all from the Trans Am by Pirelli Racing App (https://bit.ly/3dxc6Lg).

Streams will begin five minutes before the start of each race on Saturday and Sunday.