After a record-breaking 2019 season, the momentum continues for the Trans Am Series presented by Pirelli West Coast Championship as the series launches its fourth season at Sonoma Raceway this weekend (March 13-15).   The Trans Am West Coast Championship includes four feature events across the Pacific West Coast while also visiting iconic tracks WeatherTech Raceway Laguna Seca and Circuit of The Americas in conjunction with Trans Am’s “national” championship.    The iconic Sonoma circuit has hosted Trans Am races since 1969, when the legendary Mark Donohue and Elliott Forbes-Robinson took wins in the “over” and “under” class categories, respectively. 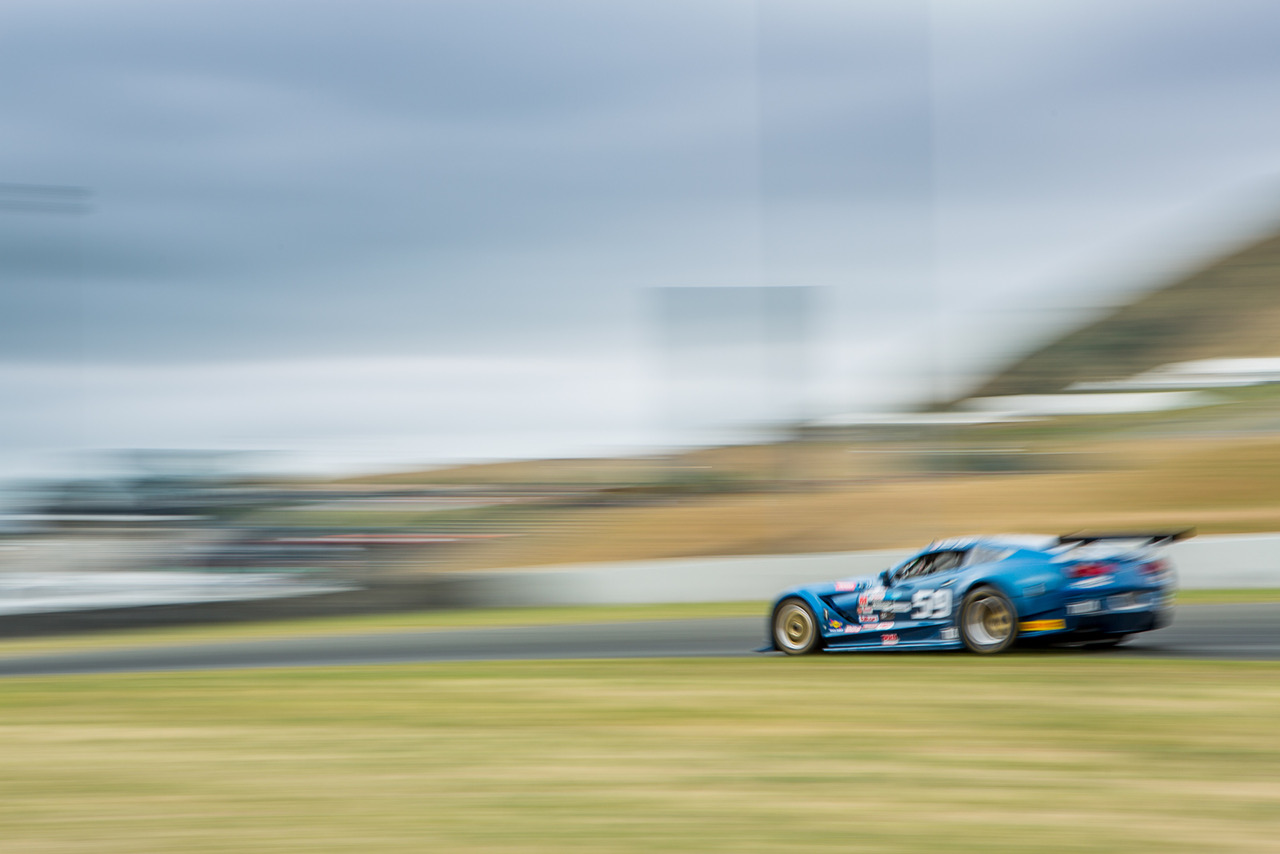 In 2020 the West Coast American muscle will visit the California circuit twice in its six-event schedule. Trans Am did double duty at Sonoma – running Spring and Fall races – from 1982 to 1986.    Over the last three seasons, the Trans Am West Coast Championship field grew 27 percent, and additional growth is anticipated as the 2020 season progresses. Topping its entry record from 2019 at Sonoma, 22 drivers are slated to participate in the season opener this weekend.   Nine California natives will represent the Golden State on the three-mile, 14-turn road course in a mixed-class event that will see the TA, TA2® powered by AEM, SuperGT and GT classes in action. Some new faces, as well as some names that have been long synonymous with Trans Am competition, will be joining the series this season. 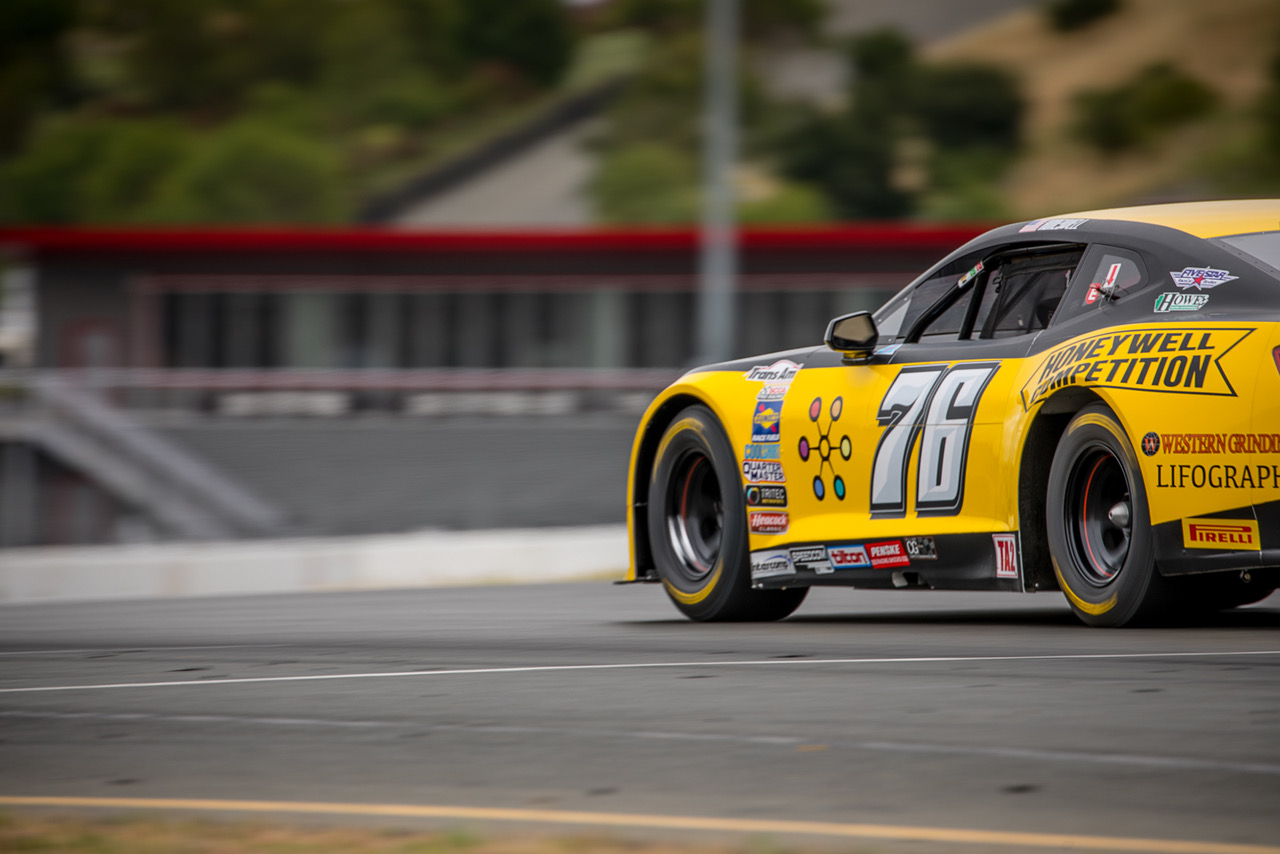 Local favorite Greg Pickett, a four-time winner at Sonoma, will be gunning for his fifth Trans Am win at his home track this weekend. Driving the No. 6 Pickett Racing Ford Mustang, Pickett will attempt the rarest of feats- to collect professional race wins in six consecutive decades.    Pickett’s first career win at the then-named, Sears Point, came in the season opener of 1978, driving the Corvette 427 to an 89-second victory. Pickett considers that victory one of his proudest moments. When given the chance, Pickett bought and restored the Vette to its original condition. Pickett drove a Roush-prepared Mercury Capri to wins in both the Spring and Fall races in 1984.    In 2018, in the first Trans Am race held at Sonoma race since 2004, Pickett drove his Ford Mustang to a West Coast Trans Am win. With more than 200 starts in his Trans Am career, Pickett was the first Trans Am driver to post a record “triple double”: 44 Top 3’s, 70 Top 5’s and 100 Top 10 finishes. 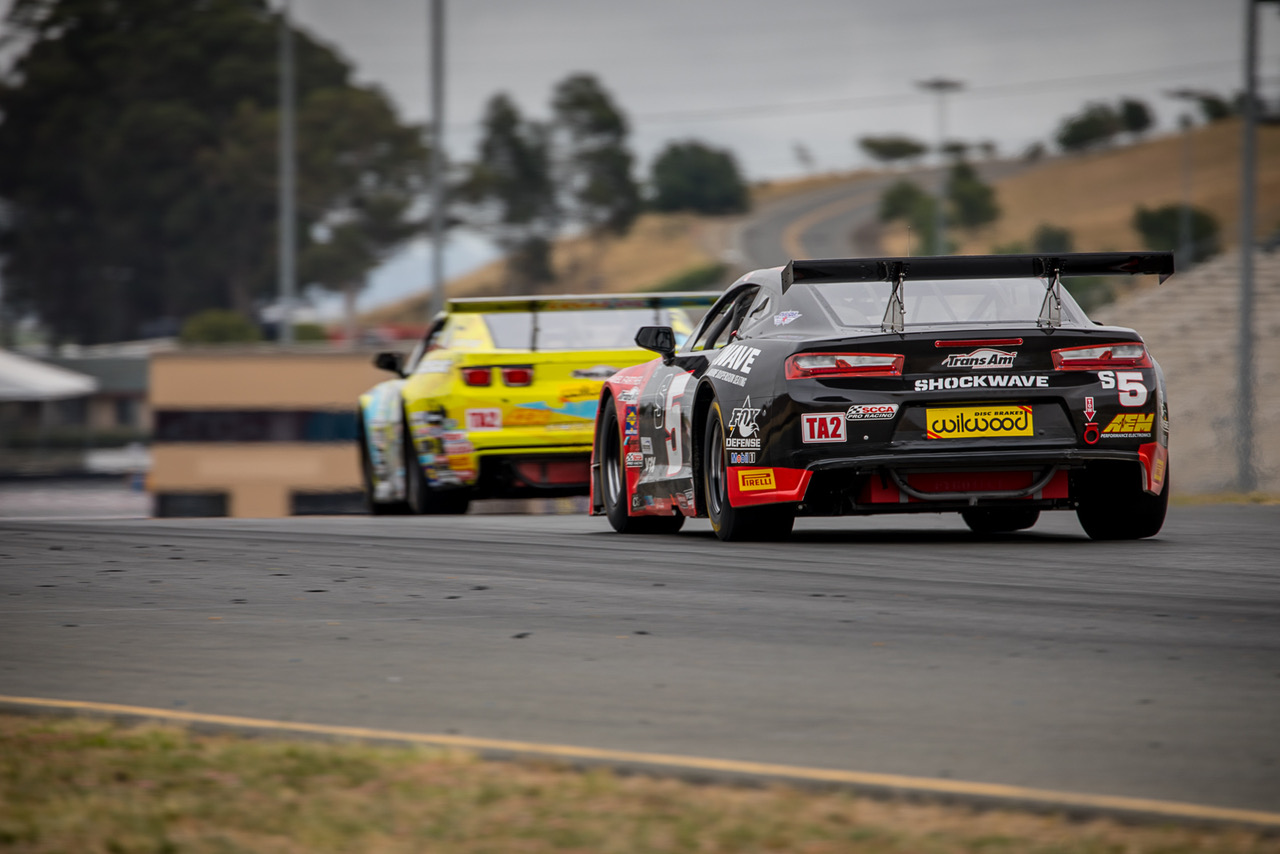 Last year, Simon Gregg enjoyed tremendous success in the Trans Am West Coast Championship. Driving a Corvette, he won the Sonoma race and went on to win the championship. But, the 2019 Trans Am West Coast Champion will miss the first event due to scheduling conflicts, opening the door for drivers like Trans Am TA class Vice Champion and long-time SCCA driver Michele Nagai (No. 72 NagaiRacing/BerkeleyJetDriveInc Chevrolet Corvette) and Pickett gain ground early in the season to launch their championship campaigns.   During his 2019 run at Sonoma, Pickett was plagued with multiple engine issues that saw him miss half the season. The Trans Am legend is looking to avoid that outcome in 2020, and has partnered with engine builder Katech with the championship in focus.    “I first got involved with the gang from Katech in the mid 80’s,” said Pickett. “It’s easy to understand why, that after our disastrous, multiple engine-related failures last year, we are very happy to once again be reunited with Katech as our engine partner for 2020. It’s not how fast you can go … it’s how long you can go fast, and we are looking forward to a long season this year.”   Last season the TA2® West Coast title was decided in the final round by a mere three points between Brad McAllister (No. 24 PortlandImplantDentistry.com Ford Mustang) and Anthony Honeywell (No. 76 Honeywell Competition & TFB Chevrolet Camaro). The pair will return to the track this year to duke it out Trans Am style as McAllister aims for consecutive championships and Honeywell sets his sights on the title he missed out on the year prior.   In the SGT class, reigning titleholder Carol Rydquist returns to the lineup to defend his championship, wheeling the No. 4 MyRaceShop.com/Tel-Tac/Mendeola Factory Five GTM.    Rydquist has some stout competition this season standing between him and the year-end Crystal Sensations trophy. Teaming up with Tony Ave and AVE Motorsports in the No. 04 N29 Technologies LLC Audi R8, NASCAR Gander RV & Outdoors Truck driver Natalie Decker joins the West Coast competition for the first time in a full season campaign.   “We are looking forward to running Natalie for a points championship this year, as well as having her help us develop some new equipment for the team,” said Ave. “We’ve got some different things up our sleeve for 2020 and beyond, and Natalie is a perfect fit to both develop the opportunities and reap the benefits in the driver’s seat as well.”   Following a successful rookie season, the 2019 Trans Am West Coast GT Champion Roger Eagleton slides back behind the wheel of his No. 98 FiveStarProptyMgmt/FordPerform Ford Mustang GT, but California-native and 2019 GT West Coast Vice Champion Beau Borders (No. 7 APEX Race Parts Ford Mustang) will once again challenge Eagleton for the championship.   Drivers will participate in open testing on Friday, March 13, as the official weekend starts on Saturday with an all class 40-minute practice beginning at 9:15 a.m. PST followed by back-to-back 30-minute qualifying sessions at 2:00 p.m. The Trans Am West Coast weekend will commence Sunday with a massive dose of roaring American muscle cars, featuring the 100-mile race starting at 1:05 p.m.   Fans will have the opportunity to meet their favorite Trans Am drivers two different times over the event weekend with a 30-minute autograph session scheduled for Saturday (12:30-1:00 p.m.) and on Sunday with a fan walk held on the grid prior to the race (12:30-1:00 p.m.).   Live timing and scoring is available at GoTransAm.com or on the Race Monitor app. For more information, visit GoTransAm.com.