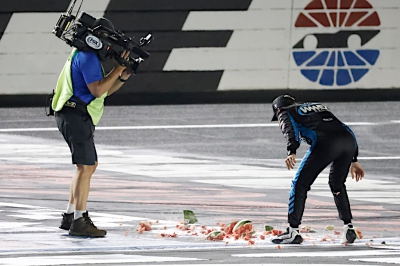 The win marks Chastain’s fourth career NCWTS win and first since 2019. He has also won two NASCAR Cup Series (NCS) races this season at Circuit of the Americas (March 27) and Talladega (April 24). Chastain owns all four of Niece Motorsports’ victories to date in the NCWTS and marks his and the company’s first trip to victory lane since 2019.

Chastain on his fourth career NASCAR Camping World Truck Series Win: “I can’t thank Al Niece, Niece Motorsports, and Worldwide Express for making tonight possible and bringing a Niece Motorsports Chevrolet back to victory lane. We had such a strong Worldwide Express Chevrolet tonight and it’s an honor to take them to victory lane for the first time. Their support – not only here at Niece Motorsports, but also at Trackhouse Racing – both of those teams believe in me and we’re trying to take the next step forward as much as we can each week.”

Team Owner Al Niece on Niece Motorsports’ fourth win: “I’m so happy for Ross and all of Niece Motorsports on tonight’s win. The support from Niece Motorsports from the top down to everyone at Worldwide Express makes this all possible week-in and week-out and we’re looking forward to more trips to victory lane with such a dedicated partner.”

Crew Chief Cody Efaw on his first career win as a crew chief: “Tonight was a great night for the company and I think our No. 41 Worldwide Express Chevrolet Silverado showed a lot of speed. In all honesty, it’s the worst way we could have won a race because Carson [Hocevar] has worked so hard within our program to get it where it is today. It’s tough to take that win from [Hocevar] because he deserved it.”