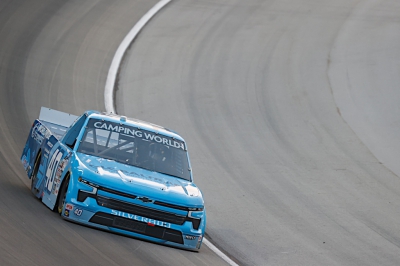 Thompson kept the No. 40 Worldwide Express Chevrolet inside the top-20 in the early going Friday night, resulting in a 20th-place finish in Stage One. Early on in Stage Two, Thompson reported a tire going down on his Chevrolet Silverado and pitted under green before his left rear tire went down on the following lap, forcing him to pit for a second time.

Following a 36th-place finish in Stage Two, Thompson battled to get back on the lead lap during the final stage but ultimately settled for a 29th-place finish.

Thompson on his run in Texas: “It was a tough race for our No. 40 Worldwide Express team tonight in Texas. It was great to have Worldwide Express on board to celebrate their 30th anniversary and we’ll look to bounce back next weekend in Charlotte.”