MHR Launches Into 2022 With Major Changes 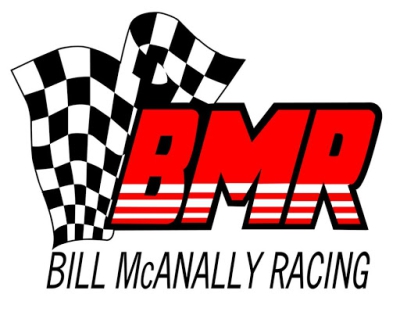 McAnally-Hilgemann Racing is launching into 2022 with major changes, as the team advances its NASCAR Camping World Truck Series program.

MHR, entering its third full season in the series, is expanding to a two-truck operation and is aligning with Chevrolet as it fields Chevrolet Silverados beginning this season.

The team has moved into a 57,000-square-foot shop that is part of the GMS Racing operation in Statesville, North Carolina – as part of an alliance that has been formed between the two teams.

“This is a great opportunity to be part of Chevrolet’s racing program in the Camping World Truck Series and to work with a team the caliber of GMS Racing,” said team co-owner Bill McAnally. “We’re excited to make these advances as we build and expand our operation with a second full-time truck.”

Derek Kraus – a 20-year-old from Stratford, Wisconsin – will continue with the team, driving the No. 19 MHR Chevrolet Silverado.

Colby Howard, also 20, of Simpsonville, South Carolina, has joined the team and will drive the No. 91 MHR Chevrolet Silverado. MHR announced that Gates Corporation is coming on board and will serve as the primary sponsor on that entry.

Mark Hillman, who joined the team last year and served as crew chief with Kraus on the No. 19, becomes the team manager and will also be Howard’s crew chief on the No. 91. Champion NASCAR crew chief Shane Wilson has come on board at MHR to serve as the crew chief for Kraus in the No. 19.

Wilson first worked for McAnally as a crew chief just over 20 years ago, on a team that won back-to-back championships with driver Brendan Gaughan in what was then the NASCAR Winston West Series. The team advanced to the truck series – with Gaughan scoring two victories and winning the rookie title in 2002 and adding six more wins in 2003, while finishing fourth in the championship standings.

The new MHR shop is located on the GMS campus; in close proximity to facilities such as the chassis dyno, fabrication shop and body and paint shop – providing easy access to key resources, as part of the new alliance. Engineers from the two teams are working together in that relationship, as well. The GMS Racing campus includes the operations for Petty GMS Motorsports, a two-car, full-time NASCAR Cup Series team formed in 2021.

“This is an amazing opportunity for us,” McAnally said. “We were confident going into this alliance that it would be very beneficial for MHR. A meeting we had with GMS owner Maury Gallagher bolstered that confidence even more.

“We look forward to working with Mike Beam, Tom Ackerman and Bill Wheeler, along with Summer English,” McAnally said. “They have made this a great move for MHR to have our own facility at the GMS complex.”

McAnally noted the success GMS Racing has had since it was formed in 2012. GMS Racing has won five titles across multiple series, including the 2016 and 2020 Camping World Truck Series championship.

“We have great respect for what GMS Racing has accomplished,” McAnally said. “We’re working hard to achieve that kind of success, as we contend for wins and championships in the Camping World Truck Series.”

In making the expansion to a two-truck operation, MHR has purchased equipment from GMS – including 13 Chevrolet Silverados that were raced in competition last year.

McAnally’s history with Chevrolet can be traced back to the start of Bill McAnally Racing, when McAnally raced in local divisions at All American Speedway in Roseville, California. He captured his first NASCAR championship in a Chevrolet – winning the late model division title in NASCAR’s Weekly Racing Series at Roseville in 1990.

McAnally-Hilgemann Racing was formed at the beginning of 2020, when McAnally partnered with Bill and Mona Hilgemann to field an entry in the NASCAR Camping World Truck Series on a full-time basis, with Kraus as the driver. Prior to that, Kraus had raced for BMR three seasons in the NASCAR K&N Pro Series West – winning the series championship in 2019.