Tate Fogleman Set To Run Full-Time With On Point Motorsports 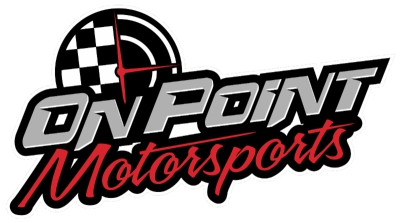 On Point Motorsports is excited to announce the driver for the 2022 NASCAR Camping World Truck Series season.

“I’m looking forward to being with On Point Motorsports,” said Fogleman. “I know everybody that works here is dedicated to racing just like I am. They’re willing to work hard and use their resources, and they’ve had success in the previous season. I’m hoping to build on that.”

Fogleman added, “I’m looking to improve throughout the season as a team and to knock off consistent top 10 finishes.”

Tate Fogleman is the son of Jay Fogleman, who competed in both NASCAR and the CARS Tour. The younger Fogleman raced with the CARS Super Late Model Tour before joining the NASCAR Camping World Truck Series. During his CARS tenure, Tate Fogleman amassed one win, 13 top-five and 17 top-10 in 30 events.

Some of Tate’s hobbies include hunting, fishing, and boating. He’s currently a senior at High Point University with a major in Business Administration and a minor in Marketing.

Follow On Point Motorsports on our social media accounts to catch the latest updates with our driver Tate Fogleman.