The Greatest NASCAR Drivers of All Time 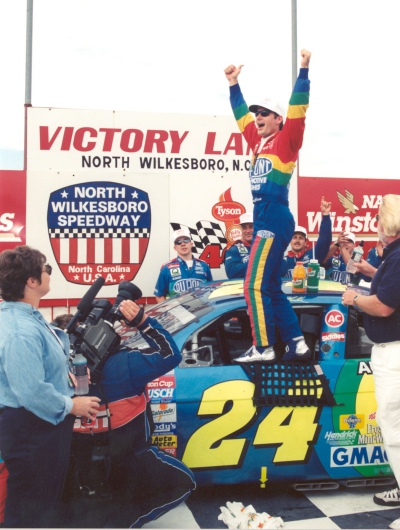 The National Association for Stock Car Auto Racing, or as we all popularly call it NASCAR, has yielded so many extraordinary drivers since its earliest days back from almost a century ago. The first official NASCAR race happened on February 15th, 1948. Red Byron won it in a Ford. Since then, we have witnessed spectacular events every year. These events gave birth to legendary drivers. We are going to praise them and recall their phenomenal careers in this article. These ten men will forever remain synonyms for the best NASCAR drivers the planet has ever seen.

‘Kyle is the younger brother of the 2004 NASCAR Nextel Cup champion Kurt Busch’ as remaind us Bettingtips4you motoring expert John Pentin. He has set numerous records in the competition ever since making his debut in 2001. One of his most prestigious records certainly includes the whopping 24 victories in a single NASCAR season in 2010 (from three of NASCAR's top series). Kyle is also remarkable for his extraordinary successes in the Truck series with as many as 59 wins. He is the only driver in the history of the competition with more than 50 NASCAR Top 3 Series wins. He has driven for 18 years, winning 56 out of 553 races and 33 pole positions on top.

Bill had to find his place on this list. He has 44 wins in more than 800 NASCAR races. Bill won the "Most Popular NASCAR Driver" award as many as 16 times. "Awesome Bill," wrote history by winning the Winston Million in 1985. He did so by winning three of four special crown races, including The Daytona 500, The Winston 500, The World 600, and The Southern 500.

Darrell Waltrip is a three-time NASCAR Cup Series champion. He dominated the competition in the early 1980s. Darrell also set many records such as the one from 1983 when he secured as many as 22 top-five finishes in a single season. He has 84 race victories. Among many significant awards he has received, we have to mention NASCAR's "Driver of the Decade" as well as three "American Driver of the Year" awards.

Rusty Wallace announced a great career by winning the "Rookie of the Year" award in 1984. It took him five years from then to win his maiden (and lone) NASCAR Winston Cup title. Rusty has celebrated numerous significant successes in his career, including wins at The Coca-Cola 600, The Winston, and the Bud Shootout among others. Wallace entered both the NASCAR Hall of Fame and the International Motorsports Hall of Fame in 2013.

Current Vice Chairman of Hendrick Motorsports, Jeff Gordon, was a full-time NASCAR driver from 1993 to 2015. Jeff is known as the man who had a big influence on the popularization of NASCAR as a sport and as a competition. He deserved a place on this list by winning four NASCAR Cup Series titles, including three from the span of 1995 to 1998. When he won his maiden title in 1995, he was the youngest driver ever to win the championship.

Only two men in NASCAR history have managed to win the championship for three years running. Cale Yarborough is one of them. He completed the mission from 1976 to 1978. Cale is sixth on the NASCAR Cup Series winners list with his 83 victories. Yarborough was quite successful at Daytona 500, winning it four times during his rich career.

Next up is Jimmy Johnson who has managed to win the NASCAR Cup Series seven times. He was one of the most dominant drivers in the past two decades. The first five of his seven championships were successive. Jimmie is level with the likes of Dale Earnhardt and Richard Petty at the top of the list of the drivers with the most NASCAR Cup Series titles. On top of his bountiful significant victories in the competition, we’ll mention four NASCAR All-Star races.

The 21 Mercury driver for Wood Brothers Racing, David Pearson took NASCAR by storm from his very first appearance back in the early 1960s. He immediately won the Rookie of the Year award in 1960. Six years later, he clinched his first of three Cup Series championships. Pearson did not race as much as some of his colleagues from this article, but he still has an amazing 105 wins in just 574 races. His career interfered with Richard Petty's. Together, they accumulated 63 1st and 2nd place finishes.

Dale Earnhardt is one of the most legendary NASCAR drivers known for his aggressive style and magnificent skills. His aggressive style has earned him the famous nickname “The Intimidator”. He drove for 26 years and he has managed to win 76 Winston Cup races along the way.  He also has 24 wins in exhibition races, making his total tally greater than 100. Only four men in the history of NASCAR have managed to claim more than 100 race wins. Earnhardt is still the only NASCAR driver ever to record a win in four separate decades. Finally, he shares the world record for the NASCAR Cup Series titles with Richard Petty and Jimmie Johnson. Each sit at seven championships. However, Dale is special for being the only driver in the history of the competition to finish inside the top 2 at the end of the season in ten years. Unfortunately, Dale Earnhardt lost his life in a fatal crash in the last lap of the Daytona 500 on February 18th, 2001.

It is very hard to compare the drivers from distinct eras and eventually pick a single winner. Opinions may be subjective and they certainly differ from one expert to another. Our opinion is that Richard Petty is the best driver in NASCAR history. He became the first driver to win seven NASCAR Cup Series titles and he currently shares that record with Dale Earnhardt and Jimmie Johnson. What makes “The King” special is the fact he has managed to win as many as 200 races throughout his career. He has won the famous Daytona 500 seven times and he broke all single-season records by winning as many as 27 races in 1967.