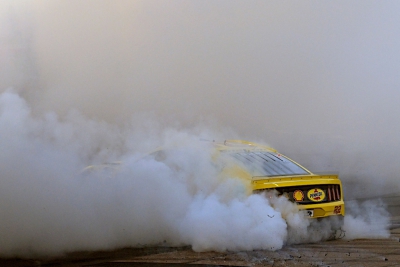 Allen on Logano’s championship performance: “What a day, what a season it has been for Joey Logano. He has been dominant all day long, out front for 184 laps. Between his Championship 4 competitors, he’s never faltered.”

Allen: “Logano has been the class of the field all day long. He’s already built a Hall of Fame career. Today, he etches his name in stone as one of the few to win multiple championships.”

Earnhardt Jr.: “I don’t think I thought Joey Logano was going to win this championship…winning in Vegas and how that set this team up to set to start to prepare early for Phoenix while the rest of the series had to continue to work and grind week in and week out – he talked about that this week (and) how that really took off a lot of pressure and he felt more prepared than any other driver because the Phoenix week is so busy with media.”

Burton on Logano: “You put him in an opportunity to win a championship with as fast a car as someone else, you got your days work cut out for you. That guy’s a great racecar driver and emotionally he’s tough enough to handle it.”

Burton on the Ross Chastain-Chase Elliott collision early in Stage 3: “Looks like Ross got a great run right there, starts getting forward momentum...if I’m Ross Chastain, I’m not lifting there either.”

Earnhardt Jr. on Chase Elliott’s pit crew following the accident: “Incredible. I’m so impressed with their ability to get this car to where he’ll be able to drive it.”

Earnhardt Jr. on Christopher Bell and the No. 20 team picking up spots after a Stage 3 pitstop: “These guys every single race come out of nowhere in the final stage.”

Burton with five laps left and Logano in the lead: “If you’re waiting for Joey Logano to make a mistake, forget it. I mean that guy is just so steady. One of the strengths that he has is he knows these moments; he’s been in these moments, and he knows how to execute it.”

Allen with two laps to go: “Logano has put together a perfect race.”