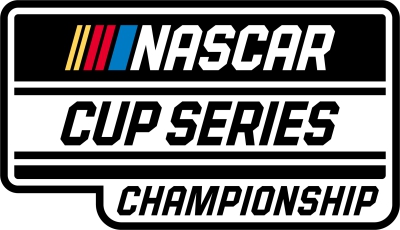 THE MODERATOR: We've been joined by Paul Wolfe, the crew chief for Joey Logano.

Paul, just give us a quick recap of the 22 team's practice.

PAUL WOLFE: Yeah, I thought overall it went pretty well. We had a fairly extensive practice plan for 50 minutes. Was encouraged we were able to get through the items we wanted to do.

Still have a lot of sorting through everything and debriefing with Joey to do. I'm sure it will be a late night until 8:30 tomorrow morning when we got to be in line to qualify.

Overall was pleased. All the Penske cars had pretty good speed out of the gate. Our teammates were able to try some items as well. We have a lot of stuff to look at and make some decisions on.

Overall was pleased with the way we got started today.

Q. Paul, you have had the most time of anyone to prepare for this weekend. What have the last few weeks been like getting ready for today? With it being later in the day, how much can you take from today and apply to Sunday?

PAUL WOLFE: Yeah, that's a good question. Obviously, we have had a lot of time. We've tried to make the most of that. As you know, seems like there's never enough time in the day when you're preparing for any race. The extra couple weeks was nice.

Like I said, we had a good plan. I think Team Penske as a whole, I was very pleased with how our teammates stepped up and were able to help us and put together working together. It went pretty well.

The 12 was really fast, as well. It just gives us more to lean on and more confidence in changes and things as we try to make decisions as we go into tomorrow.

But, yeah, overall, I thought it went pretty well.

Q. Did anything about the track today and the resin surprise you or was it about what you expected? Looked like Joey smoked the tires coming to pit road. Did that change any of your plans or impact your practice?

PAUL WOLFE: I thought as far as the track and all that goes, it's pretty much what Joey was expecting. Wasn't a whole lot different there.

Obviously, the conditions, it cooled off quite a bit. Be pretty warm, from what I've seen, on Sunday. The track will be a lot less grip. We'll have to make sure we adjust our balance accordingly for that.

At the very end, just a practice coming to pit road where he locked up the left front. No real concern. Just him trying to find the limits of what he's got if we get into a green flag pit stop situation Sunday.

Q. The challenge of getting everything together with the pit crew. There have been adjustments the last few weeks. How much has that been an eye towards this race or what have you done in terms of that?

PAUL WOLFE: Yeah, has been. I think I've spoke a couple times to a few different people.

But we have made a change to the pit crew going into Martinsville. Fortunately, Martinsville worked out really well. I think we were ranked one of the best pit crews on pit road for Martinsville. It's a very tough, obviously, pit road to pit on. Was encouraged by what we saw there.

We've continued to work with that group since then, obviously, leading up to this weekend to make sure we've done everything we can. There's no guarantees. Like I said, it's very competitive on pit road. We're all humans, and guys are going to make mistakes. We just hope when it counts, we're where we need to be.

Q. Everyone wants the number one pit stall. How many other pit stalls are good pit stalls? Third or fourth? If you're seventh in the practice, seventh in qualifying, does that put you in a hole in terms of pit stalls picking?

PAUL WOLFE: The way I understand it, the Championship 4 guys will get the first picks. I think obviously you want stall one. After that, there's three other good stalls. I don't expect that to be anything to talk about on Sunday. I think everyone will have a good stall.

The stalls here are really long, 40-some-feet long. I don't expect that to be an issue. It will just kind of be up to the pit crews to do their thing.

Q. The bottom seems to be the preferred line. Do you expect it to spread out?

PAUL WOLFE: I think that's what we're hoping for. I think, if it doesn't, it will be obviously very tough to pass, as it already is.

I think usually once the track gets hot and slick, you see them widen out a little bit. That's our hope, that Sunday we'll see those conditions. I would expect it to change some.

Q. I know that Joey is hellbent on getting revenge for 2020. As a crew chief, is your role helping manage those emotions, or is that an extra motivating factor for him?

PAUL WOLFE: Joey is obviously very experienced. I guess he's probably the oldest guy in the field. He's pretty good at this point of being able to handle his emotions and what he thinks.

He's very driven, determined. It's going to be hard to beat that on Sunday. It looks like we'll have the speed to go along with it. From there, it's just executing the strategy and seeing how the race plays out.

Like I said, I was pleased with the speed we had. He's on his A game right now. I think he'll be tough to beat on Sunday.

Q. Many are wondering if there's anything from the first Phoenix race to bring into here. Where do you stand on that, or have you focused on other similar racetracks in prepping for this weekend?

For us, I think it was mainly based off of race one, then what we did at Gateway earlier this year. So, we're able to get ourselves what we thought was going to be in the box to get started. You have your fingers crossed. Obviously, a lot has changed. You hope you're up there on the speed charts when you roll off. Like I said, it seemed like all the Penske cars were up there in the top 10.

It was hard to tell early on who had speed. There was so much traffic out there. I think overall we're in the game. From there, we're able to, like I said, go through kind of our practice plan of some items, just try to find more speed in our car rather than just working on balance. We got through all those.

Not sure what we'll use for Sunday, but we have options to look at to try to be better. Like I said, we'll have to spend a lot of time with that tonight and debriefing, trying to figure that out.

Q. A lot of learning this year. A long year. What does it mean to be back in this position competing for a championship again?

PAUL WOLFE: I think it just shows obviously the strength of our team. Any time we've had new challenges like this, I feel like we've been able to rise up. I said earlier in the week to someone, we started the season off with a win at the Coliseum, the first time this car was in competition, and there's no better way than to finish it out with a win at the end of the season here and a championship.

A lot of work, challenging, but also a lot of fun. That's the exciting part for me going into the year is we had something new to work on, see who could figure it out the quickest.

I think even at this point in the season we're all still learning a lot. That will continue in the off-season as we get ready for Daytona.

Q. In the past we've seen drivers come into this race play mind games on the other drivers, say different things. From the crew chief's perspective, Joey being the veteran, does he have any tricks up his sleeve? Have y'all talked about some strategies that might play out to give you an advantage? What's the feel from his mind? Where is he at in his head going into the race?

PAUL WOLFE: Well, I wouldn't say we've talked about any strategies from a mind game standpoint.

PAUL WOLFE: I think after we look at how things went in practice, where we feel like everyone's speed is that we're racing, what their strengths and weaknesses are, then we'll put together kind of our race strategy, how we think it will play out.

But, like I said before, Joey is as confident as I've seen him since I've worked with him. I thought coming into this race two years ago, we were good and thought we had a chance. I feel like he's even more confident this year. Why that is, I'm not sure. You'll have to ask him that.

I think he's confident in the team he has right now. His ability through this new car, where he's gotten to throughout the season.

THE MODERATOR: Paul, thank you for your time. Wish you the best of luck this weekend.