NASCAR leadership optimistic about the future of the sport 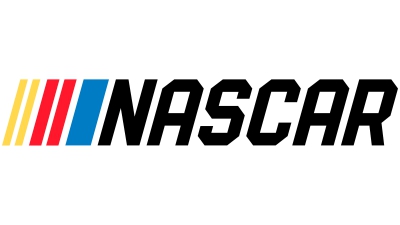 In a wide-ranging hour-long question and answer session Friday morning at Phoenix Raceway, NASCAR President Steve Phelps and Chief Operating Officer Steve O’Donnell addressed the media, delivering an upbeat update on the state of the sport and addressing issues from scheduling, leadership, diversity and the status of the Next Gen car heading into the 2023 season, which marks the sport’s 75th anniversary.

The leadership team was optimistic about opportunities next season – from NASCAR’s first-ever street race in Chicago to the uptick in attendance numbers and the announcement – only an hour before their press conference – that seven-time NASCAR Cup Series Champion Jimmie Johnson had bought ownership stake in Petty GMS and would compete himself in a handful of NASCAR Cup Series races starting with the 2023 season-opening DAYTONA 500.

Phelps and O’Donnell openly addressed questions about safety, the way NASCAR polices on-track behavior, the charter system, the television contract and the youth movement the sport is enjoying right now. And Phelps reminded with a smile, there have been 19 different winners in 2022; nearly half the starting field has won a race.

No subject was off the table in what felt like a resoundingly positive view of where the sport has come since the 2020 COVID-19 days and where it is headed – including modifications to the race cars to improve driver safety and a renewed emphasis on good communication between NASCAR and the drivers.

“I think the communication between the sanctioning body and the drivers over this past five or six weeks has completely shifted the narrative on how the drivers are feeling about the area of safety or ‘race ability,’ whatever it is the concerns are, the conversations we're having with the drivers, you can tell there's a difference, right, in how the drivers are speaking even to all of you,” Phelps said.

As for the car itself, O’Donnell said, “I think one of the myths that was out there was around all the testing and what went into the Next Gen car. If you take a step back, there was more testing done for this car than at any time in our history, on track, simulation, you name it.

“As you fast forward for this year, as with anything that is new, you're going to learn, collect data, which we've done," O’Donnell continued. “Adjustments have been made to the rear clip that's already gone out to the race teams for next year.

And, he added, “It's not just the car. I think the dialogue we've had with the teams now involves how are you fitting in your seat, helmets, foam head surround. All those things are part of this dialogue, which is really, really good. We're seeing some improvements on a daily basis as we look towards 2023.”

As for off-track, Phelps reported incredible strength in both attendance and media numbers. Television viewership figures, he said, were some of the best in years as well as social media interaction.

He reported that there has been a lot of interest in bringing the NASCAR product to a foreign venue and while that’s not in the cards for 2023, he did not rule it out for the future. And he promised, the 2024 schedule will have a new look from the 2023 version.

And as far as advancements in diversity and youth; Phelps pointed to Mexican driver Daniel Suarez’s maiden NASCAR Cup victory this season and that the last two NASCAR Cup Series champions were 24 (Elliott) and 29 years old (Larson) at the time they hoisted their trophies – both important boosts for a younger and more diverse NASCAR audience.

Overall, the sport’s leadership recognized the challenges and advances of the season with a strong confidence in what the future holds; acknowledging both strengths and aspirations – the willingness to change and improve when necessary.

“I think we are going to have an historic weekend," Phelps said in conclusion. “Really excited to see the racing this evening, tomorrow and Sunday. The grandstands are going to be packed. … There's going to be an energy there that we haven't seen before.”