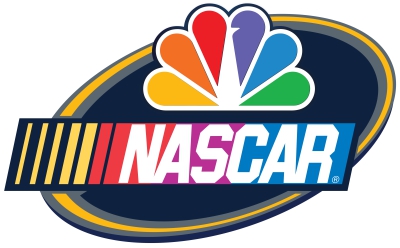 The 2022 NASCAR Cup and Xfinity Series Playoffs Round of 8 continue at Homestead-Miami Speedway this weekend on NBC and USA Network, featuring another opportunity for a driver to secure a spot in the Championship 4.

The NASCAR Cup Series race in Homestead will be presented Sunday at 2:30 p.m. ET on NBC. Joey Logano became the first driver to secure his spot in the Championship 4 following his victory at Las Vegas Motor Speedway last weekend. All three remaining Cup Series Playoff races will air on the NBC broadcast network.

A second Cup Series Playoff driver will aim to secure a berth and join Joey Logano in the Championship 4 this Sunday at Homestead-Miami Speedway. Two Playoff drivers have won in the past at the Homestead track: Denny Hamlin (2009, 2013, 2020) William Byron (2021), and Logano (2018). Sunday will mark the first time since 2019 that Homestead-Miami Speedway hosts a NASCAR Cup Series Playoff race.

Coverage of the Dixie Vodka 400 will be presented Sunday at 2:30 p.m. ET with an hour-long edition of Countdown to Green beginning pre-race coverage at 1:30 p.m. ET. NASCAR America post-race coverage will immediately follow the checkered flag at 6 p.m. ET on Peacock.

The NASCAR Xfinity Series Playoffs Round of 8 drives on in Homestead with the Contender Boats 300 this Saturday at 4:30 p.m. ET on USA Network and Countdown to Green beginning pre-race coverage at 4 p.m. ET. Josh Berry clinched a spot in the Championship 4 with his win last weekend.

Snider will anchor pre- and post-race studio coverage with racing icon Kyle Petty this weekend from the Peacock Pit Box.

The Grand Prix of Malaysia, the penultimate race in the 2022 MotoGP season, from Sepang International Circuit is presented this Sunday at 1:30 p.m. ET on CNBC.

Francesco Bagnaia (233 pts) leads the points standings and can clinch the championship if any of these scenarios take place. Fabio Quartararo (219 pts) sits in 2nd place in the closest championship race with two races to go in a season since 2015. Aleix Espargaro (206 pts) and Enea Bastianini (191 pts) can also stay alive in the title race, while eight-time world champion Marc Marquez is coming off his 100th career premier class podium in Australia last week.

RACE FOR THE CHAMPIONSHIP

Episode eight of Race for the Championship premieres tonight at 10 p.m. ET on USA Network and will be available to stream on Peacock on Friday. The one-hour unscripted docuseries will take viewers inside the lives of NASCAR’s top drivers and teams on and off the track. Click here for more details on the series.

Across ten thrilling episodes, the all-access series will chronicle the sport’s best as they balance their personal lives with the passion, pressure and perils of racing, all for a chance to make history.