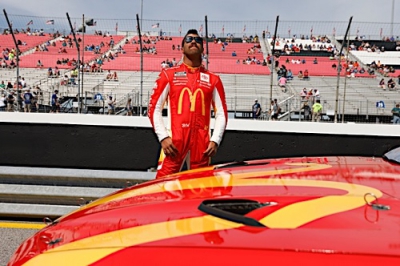 NASCAR announced penalties following its events at Las Vegas Motor Speedway for the NASCAR Cup and XFINITY Series on Tuesday. The penalties announced impacted the No. 18 and 45 Cup Series teams as well as the No. 51 and 54 XFINITY teams.

Bubba Wallace has been suspended for one race for his incident with driver Kyle Larson early in the South Point 400 on Sunday. Wallace did not receive a monetary or points fine regarding his actions.

Crew chief of the No. 18 Toyota Ben Beshore and crew members Derrell Edwards and Miachel Hicks will receive a four-race suspension through The Clash at the LA Coliseum in 2023. The No. 18 Toyota lost a wheel after returning to the race track following a pit stop.

Crew chief of the No. 54 NXS team Chris Gayle has been fined $5,000 for lug nuts not properly installed.

Crew chief Mark Setzer has been fined $25,000 and suspended from the next NXS event along with losing 40 driver and owner points. The No. 51 NXS team violated sections 14.4.B.E: Body Note: Flange Fit Composite Body must be used as supplied from the manufacturer without modification.

Andrew Abbott has been re-instated by NASCAR and is eligible to return to all NASCAR activity. Abbott was indefinitely suspended after an ordeal at Talladega Superspeedway during pre-race inspection for the Camping World Truck Series.