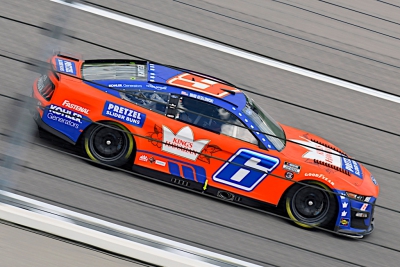 QUOTE WORTHY
Keselowski on racing at Las Vegas:
“Vegas has been a really good track to me over the years and a place I feel pretty comfortable and confident at. We’ve come a long way since the spring race with still work to be done, but I’m excited to see our improvements since the first race and see what we can do in the King’s Hawaiian Ford.”

King’s Hawaiian returns for its third race with the No. 6 team. Known for its famous soft and fluffy dinner rolls, King’s Hawaiian has launched its Million Dollar Showdown, a sweepstakes that will reward a lucky fan with a cash prize of $1,000,000 and a trip to the Super Bowl in 2023. Keselowski’s machine this weekend will highlight the campaign with a slightly different design than past races. Visit kingshawaiianshowdown.com for full rules and to enter.