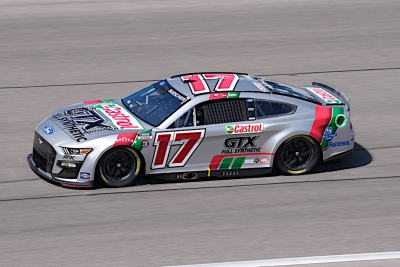 QUOTE WORTHY
Buescher on racing at Las Vegas:
“We’re ready to head back West and see what we’ve got in the Castrol Ford this weekend. This should be a track where we see significant improvements given the success we’ve seen the latter part of this year. Glad to have Castrol back on the No. 17 and look forward to putting on a great show for them and everyone this weekend.”

Last Time Out
Buescher earned his 10th top-10 of the season Sunday at the ROVAL, and fifth-straight top-10 on a road course with a P6 finish.