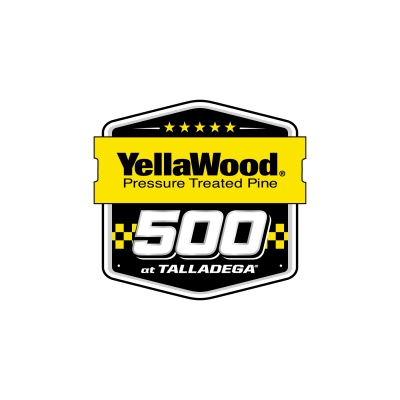 THE MODERATOR: We've now been joined by our race winner, Chase Elliott.

We will start with questions for Chase.

Q. A couple Playoff drivers, Hamlin, Blaney, said they had one eye on winning the race, but also the bigger picture in the points. What was your mindset in the final laps?

I just felt like when we took the green for the restart, I thought my opportunity to win was to get up in the top lane. It was certainly a risky move. I felt like we had accumulated a decent number of stage points throughout the day, so it made me feel a little bit better about moving up there, trying to give myself a shot to win.

I just didn't think I was going to be able to win from the third lane, the bottom row, with that few laps left. I just thought that was my shot.

Fortunately moved up there, gave me the great shove for the lap and a half, was far enough ahead to hold Ryan off at the line.

Q. Your thoughts on tying your current teammate Kyle Larson but Kasey Kahne and Geoff Bodine on the all-time wins list at 18?

Yeah, I'm super proud of that honestly. Just knowing how hard one was, to have 18 now is really special. I would love to keep adding to that obviously as time goes on. Very grateful for the 18 that we have. Proud of our team.

It's been the same team for the most part, been some changes in there, but Alan and Tom, myself at the 9 team, Eddie, we've been there the whole way. That's a special thing. Proud that we've been able to grow together and give ourselves that many opportunities to grab checkered flags. Hopefully we can get some more.

Q. With Jones, were you having to drag the brake? How did you stay connected with him so well?

CHASE ELLIOTT: That was all on him. He was able to give me a really good shove. I didn't feel like I did anything special. I think just the timing of how he got connected, and the two guys on the bottom were also connected, so they weren't aggressively side drafting us, trying to pull us apart.

Yeah, it was just good time. He did a really good job. I think he deserves a ton of credit for that. Obviously I'm very thankful he was that committed to me for the last lap and a half.

I have a lot of respect for Erik. I've raced with him long enough to trust him in that situation to not turn me around. We certainly pushed right to the limit (smiling). It was a handful, but that's kind of what you have to do in those scenarios. I thought he balanced that well.

Q. You get a big shove out there, left out there on your own. Coming to the line, did you feel you had enough distance you were going to be able to cover them or you were out too far?

Yeah, when they get side by side again, I was a little worried about getting out there too far. When they got side by side that brief period of time, I thought that was enough for me to make it. I knew it was probably going to be close. Ryan was going to have such a good run, I didn't really know how I was going to block it. Tried to waste as much time as I could and hope I got to the line first.

Q. Racing Ryan, good friends, does that help you at all when you're competing against him? Do you know what he may or may not do? What is the dynamic like?

CHASE ELLIOTT: I mean, obviously I know Ryan very well. I don't know what move he's going to make in that particular scenario. A lot of times I don't know that even as a driver you do until you kind of get faced with it and you have to make a quick choice as to what you think is the right decision at that time.

I'm not smart enough to put all that together, stay ahead of him, for sure. I just try to make the right decisions based on the information, the things that I see, as quickly as possible, hope for the best.

Q. There's no added benefit to you knowing him as well as you do?

CHASE ELLIOTT: Yeah, we're still friends. But we also want to win. I think we both get that. We've always had a really, really respectful friendship on the racetrack, but also a very good understanding of our jobs and what's at stake on Sundays.

Q. Have you talked with Alex at all, know if he's able to come to the Roval?

CHASE ELLIOTT: I talked to him after I heard about everything. Obviously I have no idea what his status is. Certainly not going to speculate on that.

Q. You raced with Noah Gragson. As a teammate for the first time, what was that experience like leading up to the start of the race?

CHASE ELLIOTT: Yeah, it was good. I know Noah just from his time at JRM, obviously my history there. Some of his Cup races, too. I thought he did a good job. I thought he was making good decisions.

Really as a whole, I thought everyone was pretty smart about the things they were doing today, kind of understood where the line was, what we could get away with, what we couldn't. That was nice.

I wish that would continue at these places, but I'm sure it won't. Yeah, I just thought it was a really good race. Everybody kind of understood where that boundary was, just lived within it. Put on a really good show to the finish line.

Q. You talk a race without many cautions, clean. What are your thoughts about the race in general, exciting for the fans to watch?

CHASE ELLIOTT: Yeah, like I said, I thought it was a good show. Another close finish right there at the start/finish line. Not much more you can ask for really.

Q. Have these Playoffs challenged you in any other way that others haven't? Is winning as much a relief because of the unknown of the ups and downs?

CHASE ELLIOTT: Yeah, I mean, I feel like I've been doing this long enough now to understand the roller coaster that is racing. It's going to roll on, right? You either learn to ride it during the good days, during the bad days, too, or you don't. That's just part of the deal.

So, yeah, just try to ride the wave. Had a bad week last week, had a good week this week. Obviously great to move on into the next round, get six more bonus points. All those things are fantastic, we're super proud of that.

This deal can humble you. We can go to the Round of 8 and crash again like we did the first two rounds, or you can go in there and maybe have a really good first race.

I don't know. You show up prepared, do the best you can, figure it out from there.

Q. Given that you've won half the races at the Roval, did that factor into rolling the dice at the end?

CHASE ELLIOTT: No. No. I was just trying to think in the moment as to what I felt like I could do, be smart, give myself a shot to win today, yeah.

No, I wish I could piece things together that far ahead. I just don't have it in me.

THE MODERATOR: Chase, thank you.