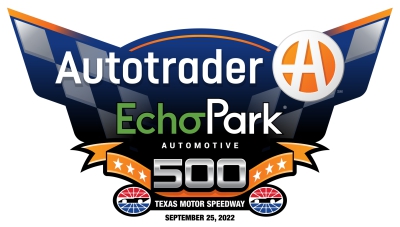 THE MODERATOR: We are going to kick off our post-race media availabilities. We are now joined by team owner Richard Childress and crew chief Randall Burnett.

Q. Richard, of your car ownership career, would you have to say this is the craziest win you've had in your organization's history?

RICHARD CHILDRESS: Can you repeat that? I think I understood. Was this a hard victory?

RICHARD CHILDRESS: Crazy night. We talked about it, Randall, the team. Both of our teams talked today about entering the race a little conservative. We knew the tire situation. We played it out like it needed to be played out.

Q. Randall, obviously you and Tyler have built a great relationship over the years. What is one of the greatest takeaways you'll have with your experiences working with him in the past few years?

RANDALL BURNETT: We've had some success together, obviously. I think the thing I'm most proud of is to see how far he's come in the four years he's been with us. His road course wins earlier this year, to finally get this oval win with RCR, I think is a big deal. We've been knocking on the door all year long and even before then.

Just really proud of his effort and the whole RCR group to pull together and win as many races as we have this year and compete so much.

Q. Randall, how do you approach these tire issues? We've had three races this year where we haven't had tire issues, then all Playoffs it seems like half the drivers... Seems like all the Playoff guys are trying to figure out how to survive more than Talladega now.

RANDALL BURNETT: Yeah, I start by holding my breath a lot. No (smiling).

We came into this race a little conservative. We got bit at Kansas the other week with one. I think we've had four tires go down this year while leading the race.

R.C. talked to me about it and said, Make sure you keep some air in the tires today. I tried to do that. A little bit more conservative approach this week. It's a fine line. Everybody knows the speed, pushing the limits of the tires.

With the low sidewalls, they're not as forgiving as the 15-inch wheel stuff we had before. It's a lot finer line, I think.

RANDALL BURNETT: I mean, there's so many things that go into it, right? It's tire pressure, it's camber in the tires, it's where you're running on the racetrack. More often than not you see a guy that's leading blow a tire, it's because he has the cleanest air, the most air, most downforce on his car because he's out front. Sometimes it overloads the tire.

That's kind of where we're at with them.

RICHARD CHILDRESS: Goodyear builds a great tire. This was a great tire that Goodyear built for us. Like Randall said, there's a fine line to push that limit. It wasn't the tire as much as it is trying to be as competitive as you can.

Q. Richard, what is it like, given all you've been through with Tyler Reddick, all the things you're trying to sort out for next season, to keep winning races with this guy?

RICHARD CHILDRESS: We just got to move forwards. We talked about winning races, racing for the championship. I really think this team is a championship-caliber team. They're going to win more races before the year's over. Hopefully both of them will.

RANDALL BURNETT: Yeah, we were definitely keeping an eye on where we were at. Like I said, we came into the weekend a little conservative, knowing that there was some chance here that there could be potential problems.

We came into the weekend a little conservative. As the race went on, got even a little more conservative. Like when the sun went down after the rain, the pace picked up quite a bit, a lot more grip in the track. We were able to come up on air pressures then, just try to make sure that we didn't put ourselves in a bad spot.

Make sure you're not the first one to have a problem, right? We did that. Fortunately it worked out. The strategy worked out really good. The cautions fell for us at the right time. We were able to get back up through there.

Certainly an up-and-down day for us. We had a lot of problems early on. Was able to manage through and fight back through that.

Q. This is the same tire that will be used in Las Vegas. It's different tracks, different conditions. Probably will be hot there. What is the challenge or the concern with this tire at Las Vegas?

RANDALL BURNETT: Well, certainly, like I said, it's very camber dependent, very load dependent. We got to look at all that. We've got to go through all of our sim modelings and understand that, understand what the differences are from here to there.

Vegas is bumpy through one and two. That poses a concern as well. You have to add up all those things, make the right decisions for the weekend, try not to put yourself in a box where you're going to get in trouble.

Q. Richard, I don't see any Victory Lane cuvée up there. Is this more of a "thank God it's over" race or a "we're going to celebrate in a little while" race?

RICHARD CHILDRESS: Well, we had the victory cuvée, but these ladies drank it all over here. See the empty bottles (smiling)?

But it is for your winning moments in life, and they done celebrate.

RANDALL BURNETT: No, win. That's what we want to do. We want to try to win as many as we can before the end of the year.

Talladega will be crazy, like normal I'm sure. Just kind of try to stay out of trouble and bide your time, try to be there at the end and win. That's our goal for the rest of the year, is to try to win as many as we can before it's over.

RICHARD CHILDRESS: Same here. We just go into Talladega to win. We'll race just like we normally would there.

Q. When you see the unprecedented number of cautions we had today, how do you keep that crew motivated to stay on track?

RANDALL BURNETT: Yeah, I mean, all these guys are professionals, right? It's not real hard to keep them motivated, to keep everybody on the same plan. Obviously strategy was a big, big thing tonight with the cautions, the tires. Never knowing when the caution is going to come out, trying to put yourself in position to make the fastest stop you can at the last stop of the night, right?

Everybody got in their window, the caution came out right at the window when you could make it home by filling up with fuel. Everybody came and pitted. We were fortunate enough we didn't have to dump near as much fuel because we pitted a little bit before. We were able to take two tires, take advantage of that. Just get everybody thinking about that, our engineers, all that. We're talking a lot about that all night long, so...

Q. Randall, you saw guys spinning in resin, guys with tire issues. You can look at it as that was a mess or say everybody knew there were going to be tire issues, the people who planned it right were the ones who achieved. How do you look at today?

RANDALL BURNETT: Yeah, I mean, like I said, it's a little bit of a guessing game for us, right? You don't know what the line is on it, right? You want to be as close to the line as you can with them without stepping over it.

It's a struggle. It's very stressful for all engineers, all the crew chiefs, everybody up and down pit road. It's one of those things.

Fortunately we got it right tonight. We've been on the backside of it and got it wrong a few times this year and cost ourselves a win.

Fortunately, we made it work tonight. Just kind of go into it. It's a little bit of what we were learning about these cars, these tires, everything. I think the guys are doing a great job trying to learn from all these issues so we don't have them going forward.

RICHARD CHILDRESS: Yeah, first I think Randall doesn't give his-self enough credit. The call he made to pit when he did to get the track position was a major role in winning the race. The strategy going into this race tonight was all about track position. He made the right call.

I think you said you needed three seconds of fuel, that put you out where you needed to be. So he did a great job on his call.

But I think the teams, this car, we're adjusting to it well. A lot of teams are. It's a lot of tough competition. But I'm fortunate to be surrounded with a bunch of good guys that's out there to win races.

RANDALL BURNETT: I'm really proud of how far we've came. With the Gen-6 car, we were behind on it. It's nice with this Next Gen car, we've kind of closed the door to that, right? I think that's been a big help.

We've done a whole lot of work. There's been a lot of effort at RCR to learn as much as possible about this car. We got some great people up there that push really hard.

It's great to see that we're winning races and being in the championship hunt. Obviously we got knocked out, missed it by two points. Had two bad races, and that's all it takes. It's unfortunate the 8 car is not going deeper into the Playoffs. I felt like we had a really good shot at going pretty far in it. Just came up a little short last week.

I feel like we got some really good tracks coming up, the Roval, Homestead, we were really strong at Phoenix. I don't think we're done winning with this 8 car yet.

THE MODERATOR: Gentlemen, thank you. Congratulations.