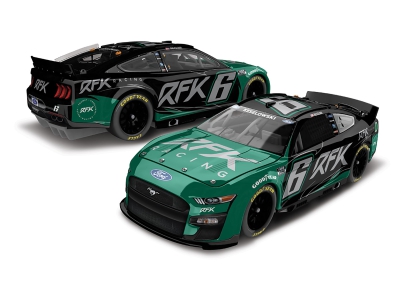 QUOTE WORTHY
Keselowski on racing at Texas:
“While we’ve had a big week as a company, the work doesn’t stop in continuing the forward momentum, and it starts this week at Texas. We had decent speed there with both cars in the All-Star Race, and definitely feel like we have something to build from entering this weekend. We’re looking forward to the challenge in the ROUSHParts.com Ford.”

Last Time Out
Keselowski finished 13th in the Bristol Night Race after winning the opening stage and leading 109 laps in the Kohler Generators Ford.

Keselowski will again carry the Roush Performance banner this weekend and run a scheme that highlights ROUSH Parts. The hood design on the No. 6 is meant to emulate a see-through design that creates an illusion of a ROUSH supercharger on the car.

RFK will participate in the Honor A Cancer Hero (HCH) Program this weekend at Texas, which benefits the Martin Truex Jr. Foundation (MTJF) and the NASCAR Foundation. Keselowski will carry the name of Cody Wulff on the driver side of his No. 6. A native of Gann Valley, South Dakota, Wulff was a big fan of Ford Motor Company, and was nominated by Jerrod Deitchler.