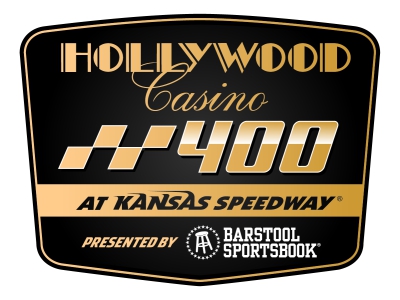 YOU GOT YOURSELF A SECOND PEDAL CAR HERE. TALK ABOUT THAT LAP YOU PUT DOWN OUT THERE.

“It was good enough. My lap in the first round was certainly a little better. Based off of what I was hearing; everybody was running about the same. I guess in that second round, Ross (Chastain) wasn’t able to put down the exact same lap, so had a little bit of wiggle room. I just tried to maximize our speed and hit it right in turns one and two. I felt like I still could have been a little bit more aggressive, but understanding what we needed to get done, it was just a matter of duplicating the lap from before. We were able to do that and win a pedal car for my kid, so I’m excited about that.”

YOU WERE ON THE FRONT ROW IN THE SPRING. HOW CONFIDENT DOES ALL OF THIS MAKE YOU GOING INTO TOMORROW?

“It’s reassuring. Again, the last few times we’ve been here, we’ve had a car capable of leading and we’ve been able to do that. It’s just been a matter of putting together the whole day, which is something we’ve fought at times throughout the year. I’m really glad that we’ve been able to learn from a lot of those experiences. It’s made us stronger; it’s made us better as a team. I feel really good and excited about it. Starting first is great any weekend, but to be able to have that first pit stall selection is going to be key. I’m looking forward to it.”

FIRST ROUND, YOU RAN A 29.8 SECOND LAP, AND IN THE SECOND ROUND, YOU WERE ONE OF MAYBE TWO OR THREE THAT MATCHED WHAT YOU RAN IN THE FIRST ROUND. WHAT DOES IT MEAN TO BE ABLE TO KEEP THAT CONSISTENCY UP CONSIDERING THE WEATHER CHANGING, THE SUN COMING OUT A LITTLE BIT IN BETWEEN? WHAT CAN YOU TAKE FROM THAT TO LEARN GOING INTO TOMORROW?

“Having a consistent car is really important. This place is a track where you’ll have some fall off, but not a lot, so a car that doesn’t swing tight or loose will be important. All of those things, it’s about as perfect of a situation as you’re going to get out there in qualifying today. In practice for us, we didn’t have a lot of traffic, so we had a really good read on what our car will do. But from here on out the rest of the weekend; you’re going to be in traffic at some point, whether it’s later, in fifth and fifth on back. I feel really good about the speed our car has shown. Handling-wise, it’s just about right where I would want it for a place like this so I can move around a little bit and get up by the wall. It pretty much checked all of our boxes today. We can obviously make some small adjustments, but we’re not having to do anything crazy. We’re pretty happy with what we have.”

BRISTOL, IN THE SPRING, YOU SAW HOW CRAZY THINGS CAN GET IN THE CLOSING LAPS. HOW PRECARIOUS DOES IT MAKE THAT TRACK SINCE IT’S A CUT-OFF RACE IN THE PLAYOFFS?

“I’ll be honest.. I’m not expecting anything crazy there. I really don’t. Just the trend of how this car has been on the short tracks – Martinsville, Richmond – there’s a lot of grip. We don’t really have to pedal the car at all. We were actually working on Bristol a little bit today. At first, I was surprised like ‘wow, this has got a lot of grip’. It feels like you’re out of the gas about as much as you would be on a 1.5-mile track and then I realized you can just start connecting the dots. We went to Richmond and Richmond was a certain way; and Martinsville was, too.

DENNY (HAMLIN) WAS IN HERE EARLIER AND HE SAID HE THINKS TYLER (REDDICK) WOULD LIKE TO PLAY OUT HIS CONTRACT AT RCR AND THAT’S WHAT HE ALWAYS INTENDED. IS THAT YOUR INTENTION IF THE RUMOR MILL GOES TO FRUITION AND SOMETHING HAPPENS WITH KYLE BUSCH AT RCR?

“If it does, then I’ll figure out what to do. But until then, I’m just going to keep doing my job and the task at hand. That’s what we did today. We got a pole. We were fast in practice in a lot of different measures.

If I was pretty bored during the week, didn’t have a lot going on and wasn’t spending a lot of time trying to prepare; it would be easy to get distracted and give that some of your mind and some of your attention. But for me, thankfully, I stay really busy with my team. We have a lot on our minds; right here, doing stuff like this, bringing fast race cars. So we don’t even have time to let that into my head.”

WHEN GROUP A WAS RUNNING THEIR QUALIFYING SESSION, IT DIDN’T SEEM UNTIL (CHRISTOPHER) BELL’S LAP THAT PEOPLE FIGURED OUT THAT YOU NEEDED TO MIGRATE TO THE TOP TO GET THE SPEED THERE. I ASSUME THAT WAS YOUR PLAN ALL ALONG. DO YOU THINK THAT IS WHERE THE SPEED IS GOING TO BE ON SUNDAY?

“It certainly will be for large amounts of this race. I think it has the potential, under green flag cycle, to move around off of that wall. The fastest car here in the spring was Kurt Busch and he was able to really do a good job of running on that top seam. It’s going to lay rubber with 30 plus cars out there, all running in the majority of the same area of the racetrack. So I think it’s going to open up that opportunity for other lanes to come into play because it’ll just be less rubber on it.

Certainly when we have cautions, the track cleans up and we’ll go out there with brand new tires; all of the rubber will come off the race track and kind of reset. But I definitely think it has the opportunity to where you’re going to be moving around. More so than anything, clean air is always going to be key. Everyone knows that at this point. You’re not going to be able to follow somebody into the corner, two or three-car links off of them, and run the same lap as the car ahead. You’re going to have to move around, so having some versatility is going to be important tomorrow.”

DID YOU NOTICE ANY DIFFERENCE FROM THE NEW TIRES FROM THE SPRING?

“I’ve paid some attention to that. Just from what I know from the little bit we played with it when I drove the wheel force car a long time ago; you can definitely get the car a little bit more unsettled. You have a little bit more of a window to work with it on the tire before you just crash. I don’t know if that’s actually a good thing or not, but everyone has kind of adjusted for it and worked on the cars.

Between that and the temperature differences, it’s pretty much been about what I expected it to be.”

YOU’RE TWO CAREER NASCAR CUP SERIES WINS WERE BOTH ON ROAD COURSES. YOU HAD A GOOD FINISH LAST WEEKEND AT DARLINGTON. WHAT GETS YOU OVER THE HUMP ON THE OVAL?

“I think it’s the very same thing that we were able to do on the road courses.. and that’s just execute all day long. I would say that – at one point when I came into the Cup Series – I had more speed on the ovals and I had to figure the road courses out. I think road courses have a higher chance of playing out naturally. We’ll see more cautions and more things happen on ovals I feel like. And because of that, we’ve had more opportunities to make mistakes. We’ve made them and that’s kept us from getting the job done.

But we’ve been close a few times. A lot of second-places, which are painful. But thankfully we have some wins, some top-three’s. We’re right there, it’s just a matter of putting the whole day together.”