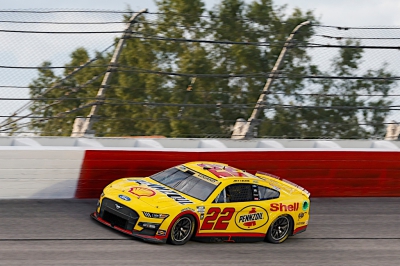 Race Rundown: Austin Cindric and the No. 2 Discount Tire team set out for their first Southern 500 outing together at the historic Darlington Raceway, recording a 16th-place finish. Cindric showed the power of his Ford Mustang from the start of the weekend by topping the practice charts and advancing to the final round of qualifying to notch a 6th-place starting spot. Cindric navigated the latter part of the 115-lap opening segment with a free-handling Discount Tire Mustang, finishing 13th. At the break, Cindric received a four-tire service with an air-pressure adjustment and jetted off for the onset of Stage 2. The 24-year-old driver pushed through the second segment, working to navigate the short runs. As Stage 2 concluded, Cindric crossed the line 21st and headed to the attention of the pit crew for a big swing of adjustments to aid the handling of the car. The team continued to make adjustments during pit stops over the final stretch of the crown jewel event. Ultimately, the NASCAR Cup Series rookie finished 16th and heads to Kansas Speedway 13th in the playoff standings.

Cindric’s Thoughts: “We didn’t take ourselves out of it tonight and that was certainly goal number one. I just wish we would have made more progress in the car tonight. We really struggled on the short runs and really got my lunch money taken on restarts and felt like we could hang with the rest of them on the long runs, but anytime we’d try to fix that we’d kind of just hurt the rest. It’s certainly something to learn for tonight and those restarts and I lost track position really kept killing us, but we didn’t take ourselves out of it. We were able to come away with more points than a lot of guys, so I’ll take it, but I’m certainly not satisfied with it.”

Race Rundown: Ryan Blaney finished 13th in Sunday’s Cook Out Southern 500 at Darlington Raceway driving the No. 12 Menards/Moen Ford Mustang. Blaney started ninth and quickly slipped back outside of the top-10 reporting his Ford Mustang was tight. He would manage to hold on for a ninth-place finish in Stage 1. Good service by the Menards crew gained Blaney spots on pit road. The improved balance on the Menards/Moen Ford Mustang enabled Blaney to bring home a third-place finish in Stage 2. As the final stage began, Blaney would remain around the top-five. Unfortunately, a caution during the cycle of pit stops trapped the Menards Ford a lap down. Blaney took the waive-around and raced back into the top-10. On his final stop of the day, he was forced to come back to pit road for a potential loose wheel. He would come home in the 13th position.

Blaney’s Thoughts: “The caution hit us at the wrong time, but we were going to be fine and then we had to re-pit for a wheel that was going to be loose. You can’t do that when there are 20 laps to go in the race. It’s just unfortunate, but, like I said, we stayed in it all day and got some decent stage points and at least finished.”

Race Rundown: Joey Logano and the No. 22 Shell-Pennzoil team finished fourth in Sunday’s Cook Out Southern 500 at Darlington Raceway. Logano started from pole position and led 64 of the opening 65 laps of the 367-lap event. He would give up the lead prior to green flag pit stops. Unfortunately, during the stop a pit miscue would cost Logano track position and he would finish Stage 1 in 11th position. Stage two would see Logano make up lost ground including a late restart where he muscled his way back to fourth position at the end of Stage 2. Logano would work his way back to second as the final stage began but would get caught a lap down as the caution came out during a cycle of pit stops. Logano restarted outside the top-10 and managed to work his way back to fourth position at race’s end.

Logano’s Thoughts: It’s a solid day but a missed opportunity is probably where I would put it. With so many others having trouble, every time you come to the Southern 500, especially in the playoffs, you’ve just got to survive, and you get a solid finish. That’s what we were able to do is finish fourth after so many teams had issues. We had plenty of our own issues, too. We gave up track position a couple times and then we got caught with that caution and lost track position fairly late in the race, and then we just battled hard. It’s really hard to come up through the field here. It’s really hard to pass and I was able to kind of battle back and get a top five out of it, which is OK. I mean, you’ve got to be happy about it because we scored a lot of points and that’s what it’s all about here in the first round, but also a missed opportunity to win the Southern 500 and I really want that one. That one stings a little bit because I think we were better than the cars in front of us if we had the air. If we were able to stay towards the front we could tune to cleaner air, instead of going in the back and trying to tune to dirty air. We just set ourselves back too far.”