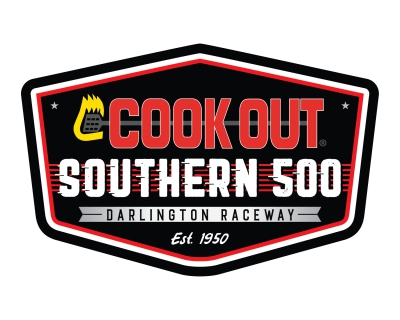 But Richard hasn't been to Victory Lane at Darlington probably since he last won here. It's just awesome. Just so proud of these guys, Petty GMS and Focus Packer Crew. We've been so close all year, and I didn't think today was going to be the day. It was going to be a tough one to win, I knew, but no better fitting place. I love this track, I love this race. On that trophy twice, man. I was pumped to be on it once, but to have it on there twice, pretty cool.

ERIK JONES: Man, I was focused forward. Honestly that's the calmest I've been in the race car going for a win ever, really. I think back to the last time winning here, and I was driving my guts out, my nerves were pounding, my stomach was hurting, and today it was just business as usual.

Just feel good about this track and knew Denny would run me clean and knew it was going to be tough for him to pass. It was tough to pass all day, and we got a good restart there.

But man, so proud of everybody. Just what a dream come true. That's all you can say.

ERIK JONES: Well, I mean, I never lost any belief in myself through any of it. I knew I could still do it, and I just knew we needed to grow the program to do it, and we have. We've brought on a lot of great people in the last year. Dave Elenz called a great race today. His Cup win; that's pretty cool for him.

I'm excited, man. We've been talking about this day a long time, and it is redemption in a lot of ways. Very fitting that it's here at this race again. I felt like this was the race that saved my job the first time around, and coming back here with this win, I guess it puts you back on the map.

ERIK JONES: Well, we had a lot of good stuff go our way. We got the lead there with the 18 losing a motor, and man, we've got a good shot if we can just get clear, and we had a good car, we just weren't quite with the pace of some of those guys up front. And I knew -- we took the lead, I'm like 20 laps, I can just run hard, and those last two I was losing the balance a lot. I had been running really hard. But it was just enough. So just really proud.