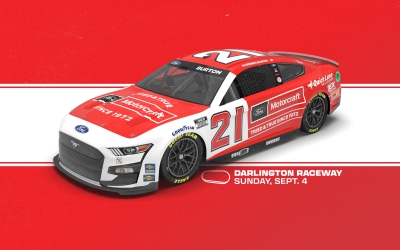 This weekend’s Cook Out Southern 500 at Darlington Raceway is a milestone event for Harrison Burton, the Wood Brothers and the Motorcraft/Quick Lane crew. For Sunday’s race, the No. 21 Mustang will carry a “Tried and True Since ‘72” logo on the hood, paying tribute to Motorcraft’s 50th anniversary. Motorcraft supplies parts that are designed, engineered, and recommended by Ford Motor Company for installation on Ford and Lincoln vehicles.

Sunday’s race also marks the 100th Darlington start for the Wood Brothers team, and the No. 21 Mustang will honor a long-time Ford employee as part of the Labor Day Weekend celebration.

The Woods made their Darlington debut in the 1961 Rebel 300 with Curtis Turner wheeling the No. 21 Ford that was running as a Convertible, which was allowed by the rules of that era.

Greg Fielden’s Forty Years of Stock Car Racing, the go-to series of books on NASCAR’s early races, described the late-race battle for the win between the veteran Turner and the newcomer Fred Lorenzen in dramatic terms.

Fielden’s account of the finish described the race for the lead: “Fair-haired Fred Lorenzen and old pro Curtis Turner fought each other with fists of steel in Darlington Raceway’s fifth annual Rebel 300 in a death-defying slugfest which decided perhaps the most exciting stock car race of all time.”

Turner wound up an unhappy runner-up, according to Fielden. “If I could have caught him before the checkered flag, I guarantee you he never would have finished the race,” Turner was quoted as saying.

Leonard Wood, co-founder of the Wood Brothers team, said that while some assumed that Lorenzen simply outdueled Turner, that wasn’t the whole story.

“We had some valve springs that were giving up, so Curtis didn’t have as much power as Lorenzen,” Wood, now age 87, said this week. “But the biggest reason was Curtis’ left-rear tire was into the fabric at the end of the race.” 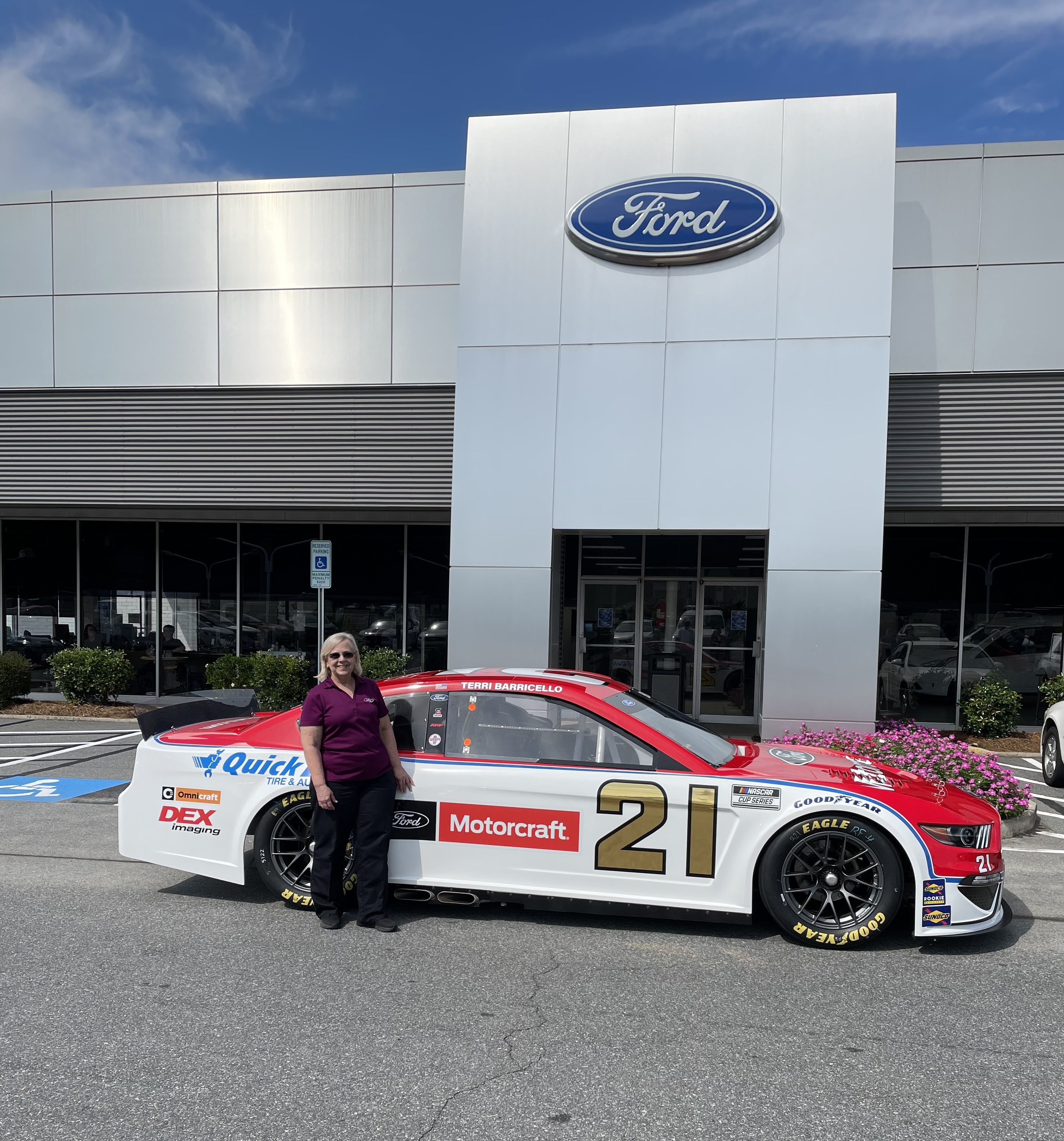 To top off this Darlington weekend, the Motorcraft/Quick Lane Mustang will get into the Labor Day spirit by honoring Terri Barricello, a Service Advisor at Hilbish Ford in Kannapolis, N.C., who has been with Ford Motor Co. for 43 years.

As part of NASCAR’s Labor Day Weekend Workforce Appreciation Initiative, Barricello’s name will replace Burton’s on the No. 21 Mustang.

“Terri always goes the extra mile to make sure that when service work is done to any of our vehicles it is done at our convenience to get us back to work as soon as possible,” Hall wrote in nominating Barricello for the honor.

The Cook Out Southern 500 is scheduled to start just after 6 p.m. on Sunday with TV coverage on USA Network.