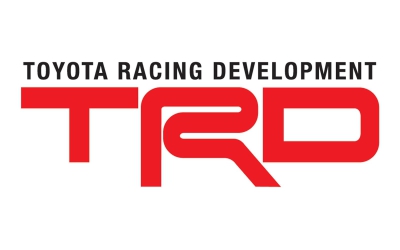 Does your approach change since most of the Playoff field is very close together?

“I think for me it makes our Playoffs a little bit easier than what it was last year because everyone in front of us is a little closer to us. So last year, when we got into the Playoffs, we knew that we needed to capitalize on more bonus points this year. This year, I think we ended up with a couple more but the whole field – or the guys up front – ended up with less points and brought them back to us. There is definitely not a clear-cut group of guys that have a bunch of bonus points that can kind of cruise their way through the systems. You are going to have to make sure you perform every single race. I think it is going to increase the intensity for sure because you can’t have guys that are just out there riding around like you could in years past.”

What changed after the early season struggles?

“I think it was just misfortune early in the year. The way the schedule lays out with Daytona starting the season. So much is out of your control there and then we went to California and ended up blowing up an engine. I think that a lot of it was just circumstantial stuff and we performed well in those first five races, we just didn’t have great box scores. Leaving those races, even though we were down in the points, I was still feeling good about our group and how we performed, and we finally started getting the results that we needed after we got some momentum on our side.”

What did you learn from last year’s Playoff run?

“Last year’s Playoff run was definitely a learning experience and just not beating yourself. The first round went decent, even though we had a couple of flaws, we were able to make it through that first round and then the second round we started off with at Las Vegas with a 24th-place finish. Just not eliminating ourselves. I think we have the performance capability in this No. 20 group to make it deep into the Playoffs. It is just going to be a matter if we can execute and get away with limiting our mistakes and getting the results that we are capable of getting.”

How well can you build off of your momentum through the summer and how does the first three races look to you?

“So really, all of the tracks – minus Talladega – I really enjoy and have a lot of fun at. The Playoffs, I think, plays well into our strengths with a bunch of mile-and-a-halves. Phoenix, being the final four, is a great race track for me. We will see how we can do. Looking at the near future with Darlington, Kansas and Bristol, I feel really good about all three of those tracks. The second round is probably going to be the hardest with Talladega and the ROVAL – I say that it’s all going to be hard – but Talladega and ROVAL definitely is a wild card round.”

Do you feel the NextGen car is as safe as it could be?

“I think it is a really, really big deal and it needs to be address sooner rather than later. I know the few small hits that I’ve taken – you feel it a lot more – and most of the time it is in your head, not in your body.”

How much pressure is there to start the Playoffs with a strong finish?

“Yes and no. Darlington is such a tough race track and the Southern 500 is such a long race that you just have to not beat yourself and guys are going to have adversity. Last year, I think out of the 16 Playoff drivers, darn near every one of them had their own problems throughout the race. Just making sure that you get through there clean is the number one goal. The round of 16 has kind of been that way at least for me the last two years – just don’t beat yourself. Take your top-10 or whatever you are capable of, whether that is a top-10, top-five, top-three – you need to maximize your day and move on to the next one, but Darlington is a really easy place to get yourself in trouble and that is the number one no-no going into the weekend.”

With the strengths of the mile-a-halves for Toyota, how does the schedule help you?

“I think that the race tracks really play into our hands for sure. I would expect Darlington, Kansas, Homestead, Texas, Vegas – all of those race tracks to be ones that we perform well at. The ROVAL is definitely one that we have circled – on a place that we need to focus on to get better. That’s no secret. The tracks are there, so hopefully we are able to execute on the tracks that we are good at and have great showings. It is always easier said than done because everyone is going to be bringing their best stuffs. I wouldn’t expect the Toyotas to have a huge advantage, but those are our strengths for sure.”

“My seats, my head rests – I’m very content with and it is the same thing that I’ve had for the last number of years and it’s by the rule book and it passes all of the inspections and stuff like that. It’s just a matter of getting the car to absorb the impacts and not your body, specifically your head. It’s a big deal and I hope NASCAR is able to make some progress on it here quickly.”

How beneficial is it having Adam Stevens as your crew chief going into this Playoffs?

“Adam (Stevens) is definitely one of the best crew chiefs that you can ask for. A guy that has won two championships and before last year, I think he made the final four darn near every year with Kyle (Busch). He definitely knows the ins-and-outs of it. It is really cool to just be able to sit with him in his office. He has everything mapped on roughly how he expects it to lay out and how many points we need to win per event. He’s been around the block for sure, so I lean on him a lot to lead us down this path. I feel like if I do my job, we are going to have a really good shot at having a great showing.”

What are your goals for your second year in the Playoffs?

What tracks do you like the most in the Playoffs?

“That’s a tough question, because I really enjoy a handful of them. Darlington is a great track. Kansas, Bristol – that makes up the entire first round. Those are all good tracks for me. Talladega, ROVAL are definitely my two least favorite, but it is mixed in there with Vegas, Texas, Homestead, Martinsville – they are all really good race tracks for me, minus the Talladega and ROVAL.”

How emotional was the win in New Hampshire?

“Winning New Hampshire was a really big burst of gratifying feelings. We were right in the middle of the points hunt to make it in and as it turns out, only one guys made it to the drivers points off of the point standings, so that was going to be really tough to do. We got in on the driver’s side and the owner’s side. It was a really big deal for sure.”

What can be done with the weather situation like we saw in Daytona?

“I wish I had a good answer for you, but I really don’t. It puts everybody – or at least NASCAR – in a big box. They are under an extreme amount of pressure to race as quick as we can and get as much of the race in while we can. I really don’t think there is a real answer – we try to race as soon as possible – and we try to race as long as possible before it starts to rain again, so making sure you try to hit the yellow button before the rain comes is important and getting the track dry and back to racing as soon as we can once it is dry is important, so I don’t know if there is any other way around that.”