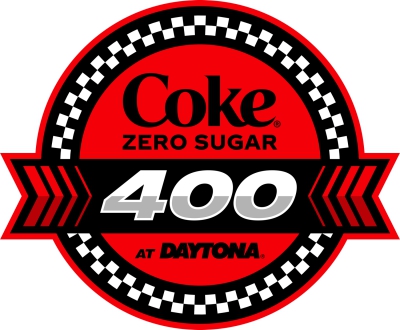 THE MODERATOR: We're going to get started with our post-race media availability. We are joined by crew chief Justin Alexander and car owner Richard Childress.

Richard, we'll start with you. Two cars in the Playoffs this year. How does it feel?

RICHARD CHILDRESS: Feels great. Our guys have worked so hard. Austin has been involved in several crashes, got him behind in the points. We knew this was our shot to be able to win a race.

He has always been good here, and we knew if we could dodge all the bullets and be there, we could have a shot at the end to win with him.

THE MODERATOR: That's great. Let's go ahead. Justin, let's go to you next. With all the damage to the car, quite a bit of mutilation to the cars out there today, how did your guys pull it through and get to the end?

JUSTIN ALEXANDER: Teamwork. We didn't have a ton of damage. We got involved in incidents on pit road early and then got involved in another incident where we had fender damage. The guys did a good job taping it back up and getting the car fixed back up.

I think we did a backwards pit stop at one point today, but it was good.

It was just a good team effort, everyone on the team, the pit crew, all the guys and girls back at the shop that build these cars, just team effort.

THE MODERATOR: We'll go ahead and open it up to questions.

Q. At the end there you had Austin Dillon up near the front. You had Tyler Reddick, another RCR car, and you had Noah Gragson who is an RCR affiliate. Was there any communication between the teams about setting the 3 up for success when he needed the win the most?

RICHARD CHILDRESS: I didn't hear it. They may have been listening more than I did. I was hoping it wouldn't. They're racing for the win as well. Tyler was in, and I know he helped push Austin some there. You know, I didn't hear any communication.

Q. Richard, was there any sort of chip on your shoulder, the fact that they took three and a half hours and didn't declare you the winner to get back racing? First off, were you upset that they kept trying to dry the track? Does it make the win any sweeter the fact that they didn't call it, and yet you were able to still win it?

RICHARD CHILDRESS: You take a win any way you can get it, but to come back and win it like that, it was special. It was a great team effort from everyone.

It gave me time to go watch the PBR, and Carolina Cowboys won.

Q. Richard, obviously it seems like there's been a little bit of tension since Tyler made his announcement, but here he played the loyal company guy and pushed Austin into the Playoffs to make sure he protected him. Does that help his standing at all within the walls of RCR?

RICHARD CHILDRESS: I think I talked to all of those guys after his announcement, and I said we're going to give him 100% chance to win races and 100% chance at winning the championship.

Now, we've got two in there, so we've got to give both of them the same advantage to try to win the championship.

Q. Will Tyler be looked at more favorably at all that he didn't try to pull out a line; he did his job in pushing Austin?

RICHARD CHILDRESS: They were all just working together, I think. I didn't talk to any of them. I didn't hear any communication on the radio. I was just standing up there, old heart beating fast and watching it.

Q. Richard, from the outside people were looking at, are they going to race, are they going to not, and people are maybe looking at it from their personal point of view of, do I stay and watch the race, or do I go and do something else? For you this is a business, this is a financial situation. Can you kind of, I guess, explain maybe some of the financial implications of this, getting into the Playoffs, what can help you with the charter system, how one moment, one decision, one race there's so much wrapped up into it and what this could mean for RCR as a business entity?

RICHARD CHILDRESS: Yeah, it is. It was really big to be able to get this car in the Chase. There's bonus points. There's other things that go along with winning.

The financial aspect of it is a lot better than running second, for sure, and not making the Chase. So, again, just like Justin says, a great team effort.

ECR Engines did a great job, and all of our guys back at the shop and the gals did a wonderful job, for sure.

Q. Is it something like this could be worth $1 million down the road, particularly if you finish well or win the championship, that this could have been a million dollar day or $5 million day for the organization?

RICHARD CHILDRESS: Yes, for sure. It can be for sure $1 million day. Just getting in the Chase, our drivers have bonuses by getting into the Chase, and crew chiefs. Justin, you made a little bit today too (smiling).

Q. How has having an affiliation with Kaulig and a lot of the other teams helped with the engine program exactly?

RICHARD CHILDRESS: It's good. We did a deal with Hendrick, HMS. We created an entity called HCD, which it's Hendricks and Childress, and we built a recipe for the engines and all of us have the same engines. Kaulig, RCE, the 43, the 42, today the 62. We did eight or nine engines and Hendricks had four or five, six in it, I think.

Q. This question is for Richard. Your team has been linked with Kyle Busch, speculation that he could be a potential landing spot. Any comment on that?

Q. Could it be with you?

RICHARD CHILDRESS: You said that, I didn't (Smiling).

Q. Richard, you've been coming to Daytona for a lot of years, and you've got a lot of wins here. How does this one compare, with the rain delay, with everything that happened today? It's got to be a great day to see your grandson in victory lane here again at Daytona. Tell us a little bit about the history and the feeling about today.

RICHARD CHILDRESS: Daytona has always been special. The first time I came here was 1965, and I slept in a tent out here on Nova Road. I was working another guy's car.

Came back in '69 and ran a Grand American Race. Came back and raced myself here several races. Came back with Earnhardt and Ricky Rudd and Kevin Harvick.

We've won three here. Earnhardt, which was a great win. Kevin had a great win right there at the end. To see Austin win 20 years later to the day was very special when family wins.

Q. Richard, were you concerned at all that NASCAR was waiting a long time to either call it or what? I mean, it seemed like they don't generally wait over three hours for a rain delay. Did it bother you at all?

You had two guys trying to get in the Chase, the 19 and the 12, and they wanted to give them a good, fair chance. I wanted to see us have a fair chance of getting in.

We would have took it if it would have rained it out, but winning it like we did, hats off to Justin and his whole crew and the calls that they made to get us where he was.

Q. Justin, can you give me a sense of the difference of being in the Playoffs and not being in the Playoffs? I'm guessing for most organizations when you are not in the Playoffs, suddenly you become the car that is the test car. Those teams still go to the race to win each week. How do you pick your guys up, what is it like being classified the B team and the test team and what that means and how that's different from what you guys get to do this year?

JUSTIN ALEXANDER: There's only 16 guys that go to the Playoffs, so I think it's pretty special to get there. We knew we had to come in here and win to do it, and we did it.

It's good. I mean, we know we get to run for a championship, just like the other 16 guys, or 15 guys with us. It's obviously, from our position, from the team position, from RCR, it's a great opportunity to have two cars that have a shot at winning the championship.

I don't know. Obviously, it's much better to go to Darlington with a shot to win a championship than it is to go there as a guy that can finish 17th at best. We're going to go there and do our best and give it everything we've got.

Q. Richard, Austin Dillon's move on Austin Cindric looked like a superspeedway version of the bump-and-run. As somebody who has a history of drivers who perform the bump-and-run, I kind of wanted to know what your reaction was at the time, especially with everything that was on the line.

RICHARD CHILDRESS: He kept running up behind him. I think he was trying to get him loose. I didn't see that move. I don't know if he got so close, he got him loose, or if he bumped him a little to push him and got him sideways. When you are racing for the win, that's what all of them is going to be doing.

Q. Justin, for you, how weird was it to watch those final 16 laps with just 15 or so cars in various states of condition just going all-out as much as they could for the win? How strange was that last 16 laps for you?

JUSTIN ALEXANDER: Well, when you come to a place like Daytona or Talladega, it's not very strange. These races play out a little bit crazy sometimes.

So we knew the 2 car was going to be strong, and we knew we had some Chevrolets and some guys that were going to help us that could help us. We knew it wasn't just going to be given to us. Austin had to go out there and drive, and Brandt spot and do their deal.

We spent five minutes trying to figure out where we were going to line up on the top or the bottom on the restart and who was going to help push us.

Without all the guys that are in there, it's certainly different, but certainly we had to battle just as hard as we would with 15 or 20 guys behind us.

Just hats off to everyone.

THE MODERATOR: Gentlemen, thank you for coming in, and congratulations. Good luck in Darlington.