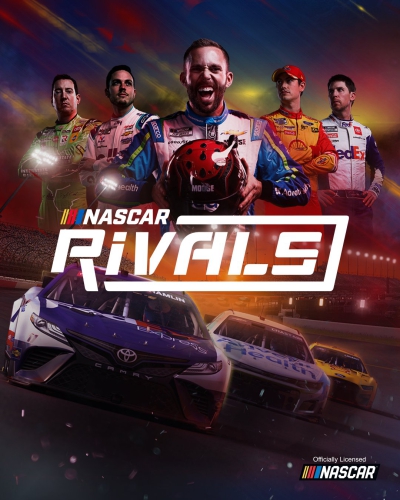 Alex Bowman will be featured on the cover of "NASCAR Rivals," a new video game coming out for Nintendo Switch on October 14. The driver of the No. 48 Ally Chevrolet Camaro ZL1 is one of several NASCAR Cup Series competitors to be featured in the cover art of the video game from Motorsport Games.

"NASCAR Rivals" is the only official NASCAR game that provides a truly authentic experience. The game puts the fun and intensity of NASCAR’s top series in gamer’s hands. Featuring the 2022 official teams, drivers, cars and schedule from the Cup Series, gamers can experience the Next Gen car for themselves in this game.

Players can build their own legacy in "Career Mode," compete as their favorite driver at any track in the 2022 Cup Series schedule in "Race Now" or beat your rivals in online, local and split-screen multiplayer formats. Additional features include being able to customize your own driver and paint scheme.

Pre-orders can start being made on August 24 and the game will sell for $49.99 across leading retailers and the Nintendo eShop. You can view a trailer for the game here.