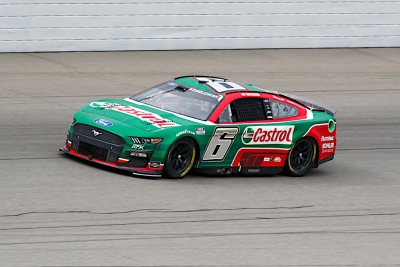 QUOTE WORTHY
Keselowski on racing at Daytona:
“It goes without saying but this race is going to be wild. I told the team that if I can be one of the last 10 cars left on the last restart, we’ll have a shot and that’s about all you can ask for, especially in this type of scenario. We know we have speed and feel really good about our chances, we just need everything to align to make it happen.”

Keselowski and the No. 6 team will run the iconic Castrol colors this weekend in Daytona. It marks Castrol’s fourth overall appearance on the No. 6 in 2022, and third in the last five races.