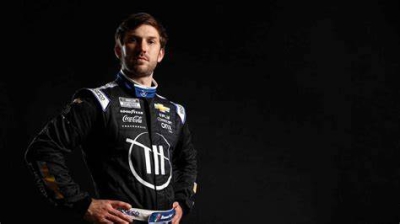 Freeway Insurance, the largest auto insurance and personal lines distributor in the US, recently announced the launch of a new social campaign with B.R.A.K.E.S Teen Driving Training and NASCAR Cup Series Winner Daniel Suárez to educate teenage drivers and their parents about responsible driving. The partnership, which kicked off ahead of the Verizon 200 at the Brickyard Primary Race July 31 at Indianapolis Motor Speedway, is aimed at encouraging more families to participate in the B.R.A.K.E.S. Teen Pro-Active Driving School.

Motor vehicle accidents are the second leading cause of death for American teenagerrs, with more than 2,700 teens killed in car wrecks in 2020 alone. A free defensive driving program, the B.R.A.K.E.S. Teen Pro-Active Driving School is designed for teenagers who already have a learner's permit, driver's license, or at least 30 hours of driving experience. The program was founded by NHRA drag racing star, Doug Herbert, after he lost his two young sons, Jon and James, in a tragic car crash in January of 2008.

“As a parent who has experienced the worst tragedy when it comes to teen driving, my goal is to make young drivers more conscientious and confident behind the wheel, keeping themselves and anyone who might be in the car with them safer,” Herbert said.

While conventional driving education is important and valuable, the B.R.A.K.E.S. Teen Pro-Active Driving Curriculum goes far beyond the basics, teaching tools like Collision Avoidance, a Wheel Drop-Off Recovery Exercise, and a Panic Stop Exercise to make teens confident when a dangerous situation happens on the road.

“Too many teens are killed in car wrecks,” Suárez said. “It’s my goal to make sure families never go through the pain that comes with deadly accidents. Together, we can help change this story.”

Suárez, who recently partnered with Freeway for a PSA around the dangers of street racing,  is adding his voice to the importance of the initiative with a video series aimed at bringing awareness to the importance of young driver safety. The series, which will be hosted on Freeway’s YouTube channel and social media platforms, will follow Suárez as he drives through the B.R.A.K.E.S. Teen Pro-Active Driving course.

“We want everyone to have peace of mind when it comes to driving,'' said Cesar Soriano, CEO of Confie. “We encourage parents to take advantage of the free driving course from B.R.A.K.E.S. because it could save their child’s life one day.”

“For our youth, it’s so important for them to be safe, confident drivers. Being unsure, afraid, or second-guessing decisions on the road leads to collisions, and teenagers need tools beyond the basics taught in most driving schools,” said Trackhouse Owner and Founder, Justin Marks, an American entrepreneur and former professional racing driver.

Stay tuned for a more in depth interview with Suarez about his relationship with Pit Bull,  his work with B.R.A.K.E.S., and more!