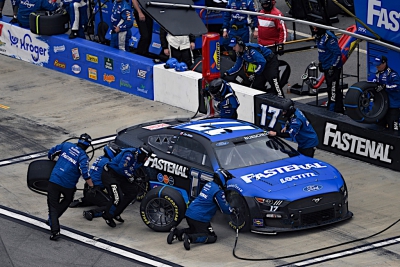 Last Time Out
Buescher had one of the best drives of his career Sunday at Richmond, finishing third after a strong showing in the Fastenal Ford.

Fastenal, in its 12th season with RFK in 2022, makes its 14th appearance with the No. 17 this weekend. In its early days with RFK, Fastenal originally was a partner with the No. 99 team before moving over to the No. 17 team since. They were also the primary partner on the No. 60 Xfinity Series entry that captured the owner’s championship in 2011.

Fastenal will feature top suppliers Georgia Pacific, DeWalt, Klever Innovation and ACS Motorola on Buescher’s Mustang as he competes this weekend. For more information on these suppliers, visit Fastenal.com, and stay up-do-date on social @FastenalCompany.