Consistent Elliott On his Way to the Title 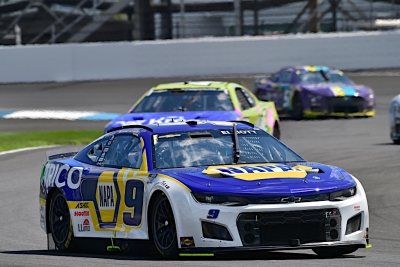 If you’re a fan of Chase Elliott, then the past few weeks will have put a big smile on your face. He’s had wins in three of the last five NASCAR races to take a clear lead at the top of the standings.

The first 13 races of the 2022 season saw Elliott without a win. Finally, he broke his duck with success in May’s DuraMAX Drydene 400 at the Dover Motor Speedway.  Sport is often all about making and breaking records. That was the case with this maiden win of the season for Elliott.

The Hendrick Motorsports team was enjoying their fifth win this season and with Elliott winning, it was the first time a team has seen all four of its drivers get wins in the first 11 races of the new season.

Elliott didn’t immediately build on that win. The next seven races saw him fail to win but since a win in the Ally 400 at the end of June, he’s been on fire. No back-to-back wins but he has won the Quaker State 400 and the M&M’s Fan Appreciation 400 on July 26.

His latest win is one that won’t be forgotten for a while. Denny Hamlin secured pole and then finished in first place, ahead of Kyle Busch with Elliott back in third. Then came the controversy that saw Elliott promoted to top spot due to problems with the front fascia of the first two finishers.

The promotion to winner means Elliott has now finished in the top two in each of the last five races. It took him 105 points clear at the top of the standings with Ross Chastain back in second.

His place in the play-offs that begin in August looks assured but can he go on to win the 2022 series? William Hill app and other mobile bookmakers offer competitive odds, some betting apps like Mr Play (for Android and iOS phones) issued special promos to help new bettors even enhance their odds. No other driver is currently showing anything like the consistency that Elliott has. If he can keep this run going, then success does look likely for the 26-year-old.

It’s not uncharted territory for Chase. He won the Cup Series Championship two years ago. Elliott just edged out Brad Keselowski and Joey Logano. That triumph didn’t look likely at one stage but three wins in the final five races won him the title.

Anyone who attended the Season Finale 500 that year will never forget what they saw. Elliott had problems galore with two pre-race inspections twice and started the race in last place.

Champions can fight back from such adversity though and he ended up leading the race for 153 laps, winning the race and becoming champion. He might not want this year to end in such a dramatic fashion though.

2021 saw Elliott again in the season finale. However, a repeat win was not to be. He did win one award though. Elliott was named the Most Popular Driver for the fourth successive year.

He may be the leader now but there have been a few problems along the way. One was in California where he finished in 26th place. Teammate Kyle Larson (who went on to win the race) made contact with Elliott on the very first turn.

Not the way you want to start any race as his car went straight into the wall. He’s put that behind him though and his consistency could well take him to another title.