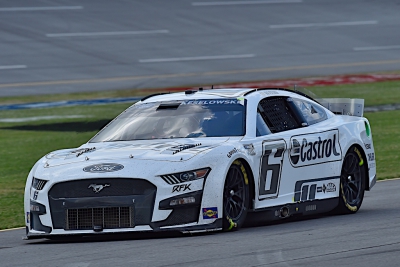 QUOTE WORTHY
Keselowski on racing at Michigan:
“This is obviously a big week for me and always will be, for many reasons. Getting back home is always nice, but it also brings the close familiarity with Jack and our partners at Roush Industries, as well as Ford. We have a big week ahead in promoting this race and making some appearances on behalf of our partners. Michigan is obviously very fast, so we’ll know Saturday what type of speed we have in the Castrol Ford, and will see what we can do come Sunday afternoon.”

Keselowski fought back to the lead lap in a chaotic race last Sunday at Indy to finish 20th.

Keselowski and the No. 6 team will run the iconic Castrol colors this weekend in Michigan for the second week in a row. Castrol appeared on Keselowski’s machine earlier this season at Talladega in the all-white, Sustainability Ford, and Chris Buescher ran the grey GTX scheme later in Kansas.