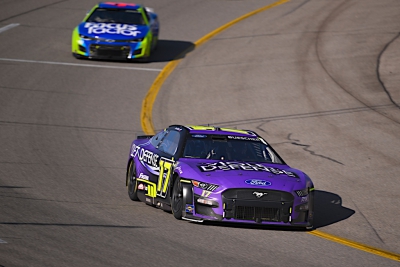 QUOTE WORTHY
Buescher on racing at Indy:
“We’ve had this weekend circled on our calendars for a while now. It’s no secret our road course program has really seen a huge improvement, and we’ve shown that in the last couple outings. We know we’re more than capable, it just takes a complete weekend to get the job done, and that is our focus heading into Indy to get a W in the Violet Defense machine.”

Last Time Out
Buescher finished 29th Sunday at Pocono after going for a spin on the front stretch, ultimately losing laps to the leaders which he was unable to recover from.

Violet Defense makes its second appearance with the No. 17 team this season.