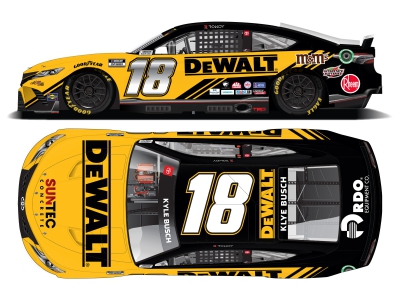 Kyle Busch: “Loudon is a Martinsville-like short track, but it’s just over a mile. It’s a little more spread out, but there’s some rooting and gouging going on because it’s a one-lane track and everybody fights for that particular groove. We struggled at Phoenix and Martinsville earlier in the year and those tracks are in the same family as Loudon. But another similar track is Gateway, and I felt like we were really good there and made a lot of gains, so hoping we can continue that this weekend at Loudon with our DEWALT Camry TRD. Hope we can run similar to Gateway and get us one spot better than we did there.”