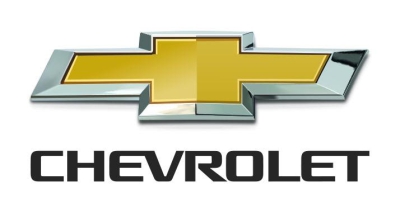 “Yeah, for sure. It was cool. I’m sure a lot of you guys have heard about it or heard me talk about it, but we had an opportunity to go to the College Football Hall of Fame there in Atlanta and have our 2020 Championship trophy, the Braves World Series trophy and the University of Georgia’s National Championship trophy on display there. For me, the coolest part about that is one - those three trophies being in the same room I think is really cool; and the period of time in which they were all earned has all been very recent. And probably the biggest piece of it is the way the fans of the Atlanta Braves and the University of Georgia have all just kind of kept me as part of the family here is I think really special and meaningful for me. Ultimately, I’m just a fan of them, too, and have grown up watching them. So I think that was really cool of them to include me and our team, and allow us to be a part of that event. It was just really special. It was a cool day as fan of what I’ve enjoyed watching over the years.

As far as being here at Atlanta (Motor Speedway), it’s always nice to race close to home. That’s one of the best things you can ask for, especially with our schedule and how much we’re on the road. It’s nice to be able to go home at night and be close to the house. It’s really pretty straightforward. Probably not a very exciting answer, but that’s the truth of it. I get to go home and sleep in my own bed.”

YOU’RE GOING TO BE GOING INTO TURN ONE WITH NO PRACTICE. HOW DO YOU SET YOUR MINDSET ON THAT WITH A RELATIVELY NEW CAR AND THE FACT YOU’VE BEEN ON THIS TRACK ONCE SINCE IT WAS RECONFIGURED?

“Yeah, we’ve already raced here once, so it’s just a mini-superspeedway now is really kind of what it is. It will be like qualifying at Daytona or Talladega.. you’re going to be running wide open. The track has a lot of grip. I think they fixed the bump thing there off of (turn) two that they had going on during the spring race, so that’s nice of them to do. I think everybody will appreciate that. I don’t think it’s going to make a big difference. Even if we don’t get to qualify, I think it will be fine.”

IS THERE A CHANCE FOR CARS TO GET STRUNG OUT HERE OR DO YOU EXPECT EXACTLY THE SAME AS MARCH?

“I think it’ll be the exact same. Certainly as it gets hotter, typically the track grip goes away. But I feel like when you have a repave that’s this fresh, I don’t think that impacts it just yet. Maybe in five years, it might take it that long. And two, we’re going slower with this package and everything else. So I think all of those things added together, the sensitivity of the track is less noticeable until you’re further down the road; or you’re faster where you’re not just right on the edge of whatever that speed number is to have to lift and all that stuff.”

HOW MUCH DOES RACING AT YOUR HOME TRACK DRIVE YOU TO WIN HERE?

“I would love to win here. That would be one of the best things to do.. to win at your home track. I’ve watched guys do that over the years and you can tell that means a lot to them. I think it would be very much the same. For me, it would be very meaningful to be able to check that box. We’ve been OK here. We had one really good run, I would say; and the rest of them, just kind of mediocre. Now the way that it is with speedway racing, it’s a bit of a toss-up. I think most anybody has a shot this weekend the way this event is now.

But yeah, I would love to check that box here. That would be super special to me. Having two races here is even better than one because you have two weeks at home versus just one, so I’m all for it. We can race here five times, four times, six times, however much they want. And it’s close to Charlotte too, so I feel like there’s worst places we could go for all of you Charlotte folks. So that would be good, right?”

IN THE SPRING RACE HERE, THERE WERE SO MANY CAUTIONS AND YOU NEVER HAD TO DO A GREEN FLAG PIT STOP. MAYBE THE SAME THING HAPPENS THIS TIME, MAYBE IT DOESN’T. IF IT DOESN’T, WHAT ARE THE CONCERNS OR CHALLENGES WITH TRYING TO SLOW DOWN BECAUSE OF THE NARROW CORNER AND TRYING TO GET SETUP FOR PIT ROAD HERE?

“Yeah, I would say that’s going to be pretty wild to watch, for sure. I think a lot of it is going to be weighing how much you want to be really secretive about what you’re doing. Like at a Daytona race nowadays, manufacturers get together and nobody is telling each other when they pit; you kind of want to catch the other guys off guard. So it’s like how much do we want to live in secrecy there and try and have this super strategic plan to out-smart our competitors; or how much do we not want to crash. The more we don’t tell the people behind us that we’re not pitting, the higher the odds are of us crashing because somebody wasn’t aware that a group of five or six guys are fixing to come to pit road. So I think that piece of the puzzle is going to be important.. just to relay the message. People understand behind you, ‘hey, the Chevrolet’s are coming this time’ or whoever. I feel like at least our first couple of stabs at it, we should probably be a little more open about what’s going on just to see how it plays out because we didn’t do one before. It is narrow and the people that are further back in the pack are going to have to be really aware of what’s going on and be able to give some extra space.

FROM A HISTORY STANDPOINT, DO YOU THINK THIS TRACK IS DIFFERENT ENOUGH NOW THAT IT SHOULD BE VIEWED DIFFERENT IN THE RECORD BOOKS?

“Honestly, yes in my opinion. It’s like a different place.. it’s like a completely different track coming to now compared to what we used to have.

That’s a great question. I look at Jimmie’s (Johnson) dominance at Texas (Motor Speedway); they repaved it and he goes back there and wins again. It just adds to the legacy of how good he already was there. But I do agree, I think it’s different enough to where it needs to have a little bit of a different storyline to it; or at least everyone understands that it was repaved in 2022 and then you can kind of understand from there who was dominate, if anyone, and kind of how things changed. It is like coming to a different track now honestly compared to what it was. It was a different deal last year.”

WHAT DO YOU THINK OF THIS SEASON, SO FAR? THIRTEEN DIFFERENT WINNERS AND YOU LOOK AT THE POINT STANDINGS NOW, THE GUY ON THE BUBBLE IS EIGHTH IN POINTS. IT’S KIND OF A VERY STRANGE SEASON AS WE GET INTO THE FINAL RACES OF THE REGULAR SEASON.

“And heck, you still have eight races.. you have a ton of racing left between now and the Playoffs. You only need a few more winners until you lock everyone in on wins. It’s a different deal than we’ve seen the past few years. Will that continue? I don’t know. We’ll just have to kind of wait and see. Is that just a one-off season thing where we have a year like this; or is that going to be the new norm moving forward? I think that’s a question that nobody really has a good answer to.

I just look at how many races are left and that’s a lot of races. Eight weeks.. stages mixed in there and all the things that can happen in eight weeks. And there are guys that are beyond capable of winning one, two, three races that haven’t won yet that are certainly there too. It’s been an interesting year. Glad we’re on the winning side of it. Certainly we’re grateful to have a win at this point and be able to try and focus on getting some more. It’s an interesting situation, for sure, when you look at from the outside.”

LOOKING AHEAD TO NEW HAMPSHIRE NEXT WEEK, DO YOU FEEL LIKE WE’LL HAVE THE CHAOS WE SAW AT GATEWAY AT LOUDON, AS WELL?

“I don’t think it will be as much at Loudon, personally. I think Loudon will be more like races up there in the past. Really, I think it’s going to be very difficult to pass. It always is when you go up there. It was one of the most difficult places to pass, I felt like, in the past. So now, I think it’s going to be even more so, which I think it will be very track position oriented, pit stops and restarts even more so. And probably as time goes on, it will continue to get more and more in that direction.”

SINCE THIS HAS BEEN MOVED TO A SUMMERTIME RACE AGAIN, DO YOU GET MORE FAMILY OR FRIENDS HERE FROM DAWSONVILLE?

“No, probably not. I think it just kind of depends on the weekend, honestly. Probably a little bit more the opposite, really. I feel like a lot of my friends are gone, at the beach or away with family throughout the summer. But I don’t know, we’ll see. I certainly have some friends coming down on Sunday, but I don’t know that it will be a major difference.

We’ll see. I’m looking forward to it. Like I said, it’s always nice to be around home. When you do have family and friends around to come down and hang out, I always enjoy that time with them and have them at an event. Not often you’re close enough to home where people can, so looking forward to that.”

IT SOUNDS LIKE THE ANNOUCEMENT FOR A STREET RACE NEXT YEAR IS COMING. WILLIAM BYRON WAS JUST IN HERE AND HE WAS KIND OF SKEPTICAL AFTER RACING THAT LAYOUT ON IRACING. CURIOUS YOUR THOUGHTS ON IT AND WHAT YOU THINK WOULD MAKE A GOOD STREET RACE FOR THE CUP SERIES?

“To be honest with you, I don’t really know a ton about all of that. I did the iRacing thing there in 2020, so I don’t know how similar it will be to that.

To me, when I think about that, I’m like OK – we need to make sure it’s a good event. The drivers might not like the track and it might not be ideal for us. But when you’re in the middle of the city and have the ability to draw that kind of a crowd out to your race, we better make sure it’s put on well. Done at a very high level, people have a good spot to watch the race from, things to go do and make it an event. That’s what it needs to be.. it needs to be an event. And I think as long as it’s that and it’s done well, it will be a success whether the drivers like the track or not.”