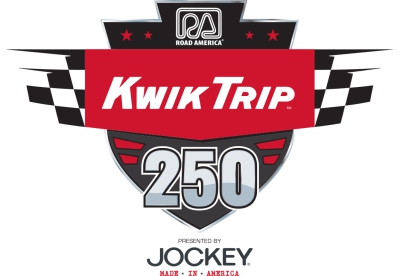 “Just appreciate everybody at Hendrick Motorsports, from the engine shop to every department that has a hand in what we do to make our NAPA Chevy what it was today,” said Elliott. “We’ll try to go to work and see if we can get it driving like it needs to for tomorrow.”

Elliott’s pole win marked the fourth for Chevrolet in 2022; and a manufacturer-leading 727th all-time in NASCAR Cup Series history. Chevrolet returns to the 4.048-mile, 14-turn Wisconsin road course circuit not only as the defending winners, but the bowtie brand heads into tomorrow’s race with an eight-race road course win streak. That feat started with today’s pole winner, Chase Elliott, and his win at Circuit of The Americas in May 2021.

The 26-year-old Georgia native led Chevrolet to three of the top-five in the starting lineup for tomorrow’s 62-lap, 250-mile race. Kyle Larson followed up a NASCAR Xfinity Series pole win with a strong run for the No. 5 HendrickCars.com Camaro ZL1, securing a third-place starting spot to mark his 12th top-10 start of 2022. Tyler Reddick rounded out the Team Chevy top-five of the starting lineup in the fourth-position in his No. 8 3CHI Camaro ZL1.

USA Network will telecast the NASCAR Cup Series Kwik Trip 250 presented by JOCKEY Made in America live at 3 p.m. ET on Sunday, July 3. Live coverage can also be found on the NBCSports Gold App, MRN and SiriusXM NASCAR Radio Channel 90.

TAKE US THROUGH YOUR QUALIFYING RUN AND WHAT IT MEANS TO START FROM THE POLE AFTER WINNING THIS RACE LAST YEAR.

“It was the exact opposite for us last year. I think we started last, so hopefully the results are good tomorrow like they were last season. Definitely a different vibe to the weekend. I think our car is going to need some different things to be successful tomorrow. I don’t think we’re as good as we need to be to be successful as we sit, so want to make sure we do our homework. Looking forward to getting out of here, getting across the street and start dissecting the direction we think we want to go to be solid all race long tomorrow.

Appreciate our team and everybody for sticking with it. NAPA, getting them the pole is always important. Getting that first pit box is always good. It’s not as important at a road course, but certainly nice to have nonetheless. I wasn’t expecting the pole.. we barely made the second round. I felt like it was just good to get through that second round. I thought that was going to be kind of a tall order there with the cars that went back out to re-run. It’s nice to get through.

We’ll go to work tomorrow and see what we have.”

“I knew I had missed a couple here and there. But at least for me and how slow my brain works; I have to kind of take it one at a time. As I got back around there, I thought I had a pretty good exit from the carousel and a pretty decent quick right through the kink there. But I didn’t think my lap was good enough for the pole. I didn’t think it was a whole lot different than the lap I had run in the prior session. I felt like if we could just repeat that lap, that would be a solid starting spot considering we had a chance of not making the second round. Just wanted to put a solid lap together – try to minimize my mistakes, push in a couple different areas that I felt like I didn’t do a good job in the first session and try to maintain. Fortunately, it went a little better so I was surprised by that.”

HOW MUCH MORE OF A COMFORT LEVEL IS THERE GOING INTO SUNDAY FROM THE POLE RATHER THAN THE BACK OF THE PACK?

“There’s not.. not really at all. These races are very long. Typically the cars that are superior find their way to the front regardless of where they start. It’s nice to get a pole. You want them as much as you can, but I would much rather be good on Sunday than Saturday.”

“I feel like we’ve had a good package on the road course stuff, more so on the old car than this car. I still feel like we’re learning. Like I said, I don’t think we’re as good as we need to be for tomorrow in a race situation as we sit. So we want to make sure we make the right decisions overnight to try and go in that direction.”

YOU SAID YOU EXPECT IT TO BE HARD TO PASS. WHY IS THAT?

“A lot of the places that we’ve gone this year with narrow braking zones and narrow corner entries have just made it that way. Like Martinsville was that way and Gateway was that way – just kind of those narrow, flatter corner entry places where it’s kind of hard to get fresh air. It seems like the inboard side of the car, we’re used to where you could get a headlight out on someone, say through whatever turn. If you could just get that inboard headlight, you had a little sniff of fresh air and it would benefit you. Now, it’s like the inboard side of the car isn’t as effective in clean air as it used to be. You used to have to be further out to get some cleaner air on the nose. There’s just no further out to go.. you’re not going to get that big of a gap. So we’re going to have to really be smart tomorrow about how we play our strategy and how I drive the car to make sure we’re good throughout an entire stint. It’s all good.. it’s not necessarily a problem. I’m just saying that’s what it feels like to me. Somebody else might give you a different answer.”

THIS EVENT AND HAVING IT ON A HOLIDAY WEEKEND, JUST TALK ABOUT HOW UNIQUE IT IS.

“I told a lot of people this, but I was super nervous leaving Daytona for our July 4th race. For NASCAR, that’s been a tradition that’s been in place for many years. That was a race that I grew up going to as a kid, so I had a little bit of an emotional tie to that one. I just always thought it was a lot of fun. It was a great environment and it was fun to be at the beach.

Man, we came up last year and I was blown away, I really was. The people are nice and it’s a beautiful area. The people are outside and enjoying the race track. I feel like it couldn’t have received us better for trying to start a new tradition somewhere. I don’t know how long NASCAR is planning on coming here on this weekend, but I feel like it’s been a really nice fit for us. The people around here have accepted us really with open arms and have brought a lot of energy. Like I always say - anytime you bring energy to a race track, it’s more fun for everybody involved; and the fans are a direct piece to that.”