Road America up Next for Burton, Motorcraft/Quick Lane Team 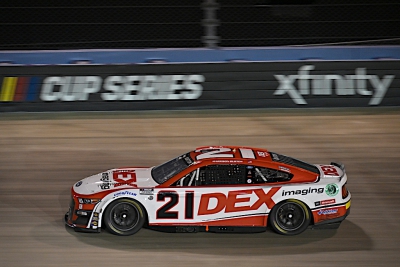 The holiday weekend race was moved last year from its traditional home in Daytona Beach to the historic 4.048-mile, 14-turn track, which hosted one Cup Series race in 1956 then was off the circuit until 2021.

Brian Wilson, crew chief of the No. 21 Motorcraft/Quick Lane Mustang, hasn’t competed at Road America at the Cup Series level, but he has three races there in the Xfinity Series. With Austin Cindric as his driver Wilson has a win in 2020, a runner-up the year before and an eighth-place finish last year. Two times the team started the race from the outside pole and once from third place.

Not surprisingly, Wilson is looking forward to another trip north.

“The Road America race on the Fourth of July weekend has shown to be a great racing atmosphere,” he said. “Personally, I’ve always enjoyed our trips there with the Xfinity series.”

For Wilson, Burton and the Motorcraft/Quick Lane team, this weekend’s race, the third road-course event of the season, offers a different set of challenges from the first two – at Circuit of the Americas and at Sonoma Raceway.

“Compared to our last Cup Series road course race at Sonoma this track is much more high speed and less about drive off,” Wilson said. “There are still some heavy braking zones, but many of the corners are high speed.

“Braking ability, platform control and lateral grip are all areas of focus this weekend.

“Once again, we’ve utilized the Ford simulator in preparation for the race. Being able to make laps, let Harrison get in a rhythm and work on shift points and marks is a huge asset that Ford provides us.

“I’m confident that we’ll hit the ground running when we get to Saturday’s practice session.”

USA Network will provide the TV coverage both days.