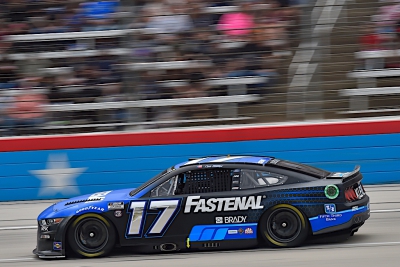 QUOTE WORTHY
Buescher on racing at Road America:
“I like road racing in general, it breaks up our schedule nicely. I got an ARCA win at Road America several years back and it’s been a really neat race track. It has good rhythm and is somewhat of a cross of Sonoma and some of these others that have higher-speed areas, but slower tempo areas, as well. It’s a really fun track and I can’t wait to get there and see if we can replicate some of our recent road racing experience in the Fastenal Ford.”

Last Time Out
Buescher lost a wheel late in Sunday’s race from Nashville, ultimately finishing 30th in a race that featured three-plus hours in weather delays.

Fastenal will feature top suppliers Brady Worldwide, Streamlight, Louisville Ladder, Ergodyne and Walter USA on Buescher’s Mustang as he competes this weekend. For more information on these suppliers, visit Fastenal.com, and stay up-do-date on social @FastenalCompany.