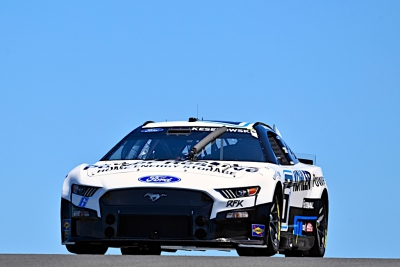 Brad Keselowski and his No. 6 Kohler Power Reserve Mustang showed promise throughout the weekend, and it culminated with a 10th-place finish at Sonoma Raceway.

Starting off P22 on an overcast Sunday afternoon, Keselowski picked up seven spots at the drop of the green. Lap 10 brought out the first caution of the day and the 6 team chose to stay out, jumping up two more spots to P13. The Kohler Power Reserve Mustang was able to keep spots gained, and short pitted the end of the stage on lap 22. Three laps later stage one concluded with Keselowski finishing P23.

Following pit cycles at the end of the stage, the team found themselves starting stage two P11. Keselowski used the same strategy at the end of stage two, short pitting to gain position on lap 52.

Restarting P24 with 23 laps to go, the Kohler Power Reserve Mustang surged ahead, passing 12 cars over 13 laps. Keselowski pushed his Mustang past two more cars to bring it home P10, his second top-10 of the season and third overall top-10 at the track

The NASCAR Cup Series is off next weekend.  The following weekend, they will travel to Nashville Speedway