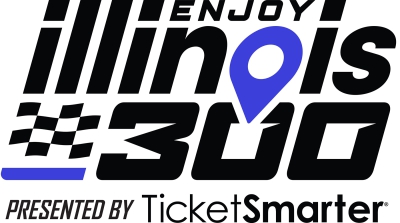 On a track similar to the one that gave him his first NASCAR Cup Series victory, Chase Briscoe achieved another career first—a Cup Series pole position.

In the final round of time trials on Saturday, Briscoe sped around 1.25-mile World Wide Technology Raceway at Gateway in 32.544 seconds (138.274 mph) to earn the top starting position for Sunday’s inaugural Enjoy Illinois 300 (3:30 p.m. ET on FS1, MRN and SiriusXM NASCAR Radio).

Even though he had a slight bobble on his money lap, Briscoe was fast enough to beat fellow Ford driver Austin Cindric (137.775 mph) by .118 seconds.

“It’s funny,” said Briscoe, who won his first race earlier this season at Phoenix Raceway. “The first round, I felt I underdrove extremely bad, and the second round I overdrove… I got really loose getting into (Turn) 3, and I felt like I probably gave away what advantage I had through (Turns) 1 and 2…

“We were obviously really good at Phoenix, and I have a really close package to that. We’ll see if we can have the same result as Phoenix. Obviously, I’ve got the best starting spot for that, and looking forward to tomorrow, for sure.”

Briscoe is the fifth driver to earn a first career pole this season.

Denny Hamlin, Joey Logano, Aric Almirola, Harrison Burton and Ross Chastain will start from positions six through 10, respectively, after advancing to the final round of qualifying.

Unlike most other competitors who were unfamiliar with the track, Larson hadn’t had time to learn any of the nuances of the 1.25-mile speedway on the simulator.

Instead, Larson is relying on his ability as a quick study.

“Yeah, I haven’t raced here,” Larson said. “I’ve raced at Tri-City (Speedway), which is 15 minutes from here; Pevely (Federated Auto Parts Raceway at I-55), which is probably 35 minutes; and then at the Dome (in downtown St. Louis). So, I’ve raced all around it, but never here.

“I’m excited. I haven’t had too much time at all to prepare. I hadn’t gotten to run any laps here to test or nothing on a simulator… I’m excited about the opportunity. I’ve always wanted to race here, so it’s nice that we have Cup weekend here now.”

Sure enough, Larson posted the eighth fastest speed in Friday’s final practice. On the flip side, he was 15thfastest in time trails on Saturday morning.

But Larson will have 240 laps to learn the fine points of the track in Sunday’s Enjoy Illinois 300. That should give him ample time.

Two-time NASCAR Cup Series champion Kyle Busch hasn’t raced in the NASCAR Xfinity Series this season, but that hasn’t precluded him from other racing pursuits.

Busch is thoroughly involved in the racing efforts of his 7-year-old son Brexton, and with those activities expanding, he needs more help.

Asked whether Kurt could be helpful, Kyle Busch deadpanned, “No—too many cooks in the kitchen.”

“Yes, I have one guy who does our program, and we race junior sprints, outlaw karts, quarter midgets, and now I’m adding a micro to that,” Busch added. “We’ve got a lot going on… But my dad’s there (Tom Busch). I really don’t know what my dad does. I think he creates more chaos than he helps sometimes. He’s a little difficult, as you can imagine.

“Do I need another guy? Yes. I need another guy, so if anyone is out there that is looking, I do need another guy. Now this job does not pay great, right? It is Brexton Busch that is paying you, so he doesn’t have a whole lot of income right now. He’s working on it, but we’re working hard. Kurt is coming, which is great. A little bit of help from the uncle. He can about set air pressures, so I’ve just got to tell him what I want.”