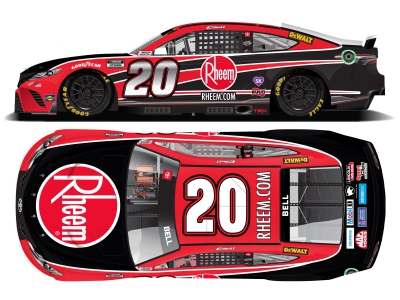 Christopher Bell: “This weekend is going to be new for everybody and it’s going to be really interesting with these transmissions because we’ve done a lot of shifting at tracks that we didn’t expect to be shifting at and we know that we are going to be shifting at Gateway, so that is going to add another element to the race for sure. It’s definitely a unique race track because turns 1, 2, 3 and 4 are completely different. There is new pavement from the last time I was there, and it will be good to have more time in practice to dial in the car. There are lots of unknowns but I’m excited.”