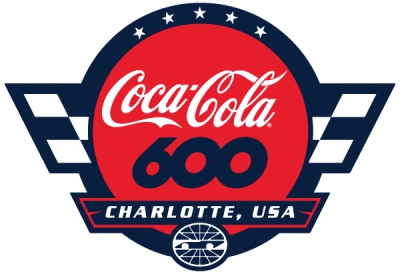 Crown Jewel: Of the three crown jewel events the Coca-Cola 600 is the longest of the trio with only 11 drivers in history conquering all three. Jeff Gordon with his 12 combined wins in the three events followed by Richard Petty and Bobby Allison’s 10 wins in the three.

Only Kevin Harvick, who has five wins in the three events, is entered later tonight. But Denny Hamlin who has won both the Daytona 500 and Southern 500 could become the 12th driver in history to win in the three events. As active drivers Truex, Austin Dillon, Kurt Busch and Keselowski all have wins in the 600 and at least one other crown jewel events.

Harvick and SHR: It's no secret that Harvick and SHR are playing catch up this year and struggled on 1.5 intermediate tracks with a 12th in Vegas, 21st in Atlanta and 15th last week in Kansas. Harvick's best finish so far of the season is second at Richmond and currently 56 races since his last win in the series. But Harvick coming into Charlotte this week has three previous victories at the track with two of those coming in this race back in 2011 and 2013.

All-Star and the 600: With Blaney winning last week in the All-Star race he’s looking to become the ninth driver in history to win both in the same season. The last time this happened was last year when the future series champion Kyle Larson won both. Blaney would join the likes of Jimmie Johnson, Jeff Gordon, Dale Earnhardt Sr., and Davey Allison to name a few.

Championship Odds: While its early in the season some of the top contenders for the NASCAR Cup Series Championship include a trio of Hendrick Motorsports teammates Kyle Larson(+450), Chase Elliott(+600) and William Byron(+600). With a handful of sportsbooks having promos right now, any of the three could be a good (and safe) bet looking forward even this early in the season. Like the odds, the promos could change anytime so keep that in mind in the upcoming races.

Ryan Preece: Preece will tackle the tripleheader this weekend that started with the truck series on Friday night for DGR coming home with a 11th place finish after battling Hocevar for the lead that would end with the two tangling. Preece will then jump over to BJ MeLeod Motorsports for the Xfinity Series and tonight with Rick Ware Racing in Stewart-Haas prepared Ford Mustangs.

First-time winners: 10 drivers have gotten their first Cup Series victory starting back in 1961 with David Pearson winning his first events but it was Austin Dillon the last driver to do this back in 2017. Charlotte has produced the fourth most first-time winners of any other track following Daytona, Talladega, and Martinsville.

So far this season three other tracks have produced a first-time winner starting with the Daytona 500 and Austin Cindric taking home the victory followed by Phoenix when Chase Briscoe took the No. 14 car back to victory lane and COTA when watermelon man himself Ross Chastain took him his first victory with his new team Trackhouse Racing.