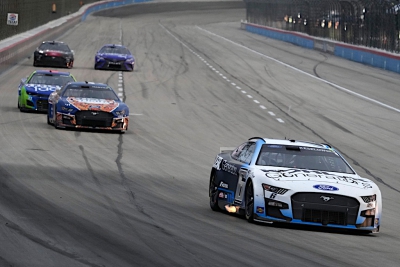 Brad Keselowski and the No. 6 team put together a solid evening in the All-Star Race Sunday, advancing through the field to a ninth-place finish in the Kohler Generators Ford Mustang.

Track position dominated much of the night as pit strategy came into play more than once, including near the end of the 110-lap event. After starting 18th, Keselowski finished the first stage in 21st.

Stage two saw a pair of yellows including one vicious wreck that sent the race to red flag conditions. The stage end went to NASCAR Overtime rules, as each stage had to end under green-flag conditions, a rule specific to this year’s All-Star event.

By lap 75 he had worked his way to 11th, and ended the third stage in 12th. He would roll 12th to start the final stage of 50 laps – the longest of the night – and worked his way inside the top-10 with 20 to go. Ultimately, he held onto the position to bring home the top-10 in the Kohler machine.