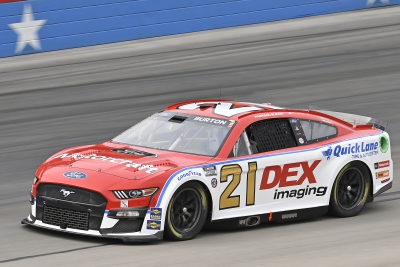 Burton took that spot with a lap at 184.780 miles per hour in one-lap qualifying on Saturday afternoon.

The Motorcraft/DEX Imaging Mustang was faster in qualifying than in practice, where Burton was 11th on the speed chart with a best speed of 182.229 mph, which he posted on the fifth of his 20 laps run in the session.

He was third best in speeds on a 10-consecutive-lap run with a speed of 181.614 mph, which came on his second through his 11th lap.

FOX Sports 1 will carry the coverage.