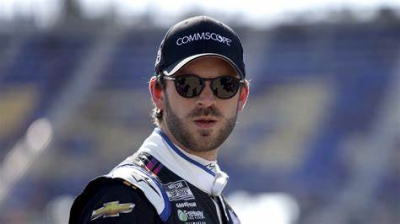 Freeway Insurance, the largest auto insurance and personal lines distributor in the U.S., today announced the launch of a new public safety campaign on the dangers of street racing. In conjunction with NASCAR driver Daniel Suárez, the campaign kicked off with a video of Suárez warning against street racing.

As the first Mexican champion in NASCAR, Suárez recorded videos for the campaign appealing to drivers in both English and Spanish.

During the pandemic, reports of street racing surged across the country as fewer commuters were on highways and streets became less congested, making them more enticing - and dangerous - for street racing.

"A few minutes of fun can change your life forever," Suárez said. "The sad reality is that, most of the time, an innocent bystander pays the price."

"I am very proud of Freeway Insurance and Daniel for launching this much needed campaign across the country," said Trackhouse Owner and Founder Justin Marks. "We all love racing. We live and breathe racing 24 hours a day, seven days a week. But, there is a proper place for racing and it certainly isn't on the city streets. If you want to race, there are tracks in nearly every city in America where you can race safely."

Earlier this year, Freeway Insurance expanded its partnership with Suárez, serving as his primary sponsor for five events during the 2022 NASCAR Cup Series. Freeway Insurance also has a national advertising campaign featuring Suárez, including the only Spanish-language commercials featuring a NASCAR driver.

"NASCAR fans associate Suárez and the Freeway Insurance Chevrolet Camaro with speed, but we wanted to educate them that nothing is more important than safety when getting behind the wheel of a car," said Cesar Soriano, CEO of Confie. "Even if this campaign stops just one person from putting themselves and others in a dangerous street racing situation, it will have been a success."