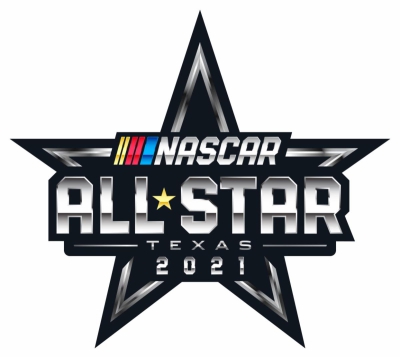 WHEN WE LOOK AT THE DEVELOPMENT, THE SIMULATION DEVELOPMENT, OF NASCAR, THE NEW CAR AND EVERYTHING YOU GUYS HAVE RAN SIMULATION ON THIS RACE I’M ASSUMING AS YOU DO EVERY RACE. HOW IMPORTANT IS IT WHEN WE COME BACK IN THE FALL TO HAVE THIS WEEKEND’S DATA, TO HAVE REAL TRACK DATA ON THE CARS? HOW DOES THAT ALL WORK JUST THE TAKING FROM ONE RACE TO THE OTHER AND THEN HOW IMPORTANT WILL IT BE TO GET GOOD DATA THIS WEEK KNOWING THAT IT’S A PLAYOFF RACE LATER ON THIS YEAR?

“I think it’s more important than ever before. This car is so new. We’ve really only in a lot of aspects been able to gain information through tire tests and some of the wheel force data that we have been given so that we can go to the simulator and work on our cars. Seeing how that matches up and seeing how well we did at bringing cars this time around for this weekend is really important for any of the events that we go back to for a second time, but especially those that we return to in the playoffs.”

YOU’VE HAD UPS AND DOWNS THIS SEASON, BUT YOU’RE FAST. YOUR THOUGHTS ON YOUR SEASON SO FAR? THEN NEXT WEEKEND GOING INTO THE 600, IS THERE EVER A POINT IN THAT RACE WHERE YOU’RE LIKE OH MY GOD HOW MANY MORE LAPS DO I HAVE OR READY FOR IT TO JUST BE OVER?

“Preparing for that race is really important. I guess more the second question you had there my memory’s not the greatest at times. I have been forgetting everything all day today. The second part of the question on like rough days or the way that last year’s race kind of played out where the track didn’t really move around a lot and you kind of just get stuck in behind whoever it was, like it was last year that was frustrating. You wanted it to just be over with, because you’re pretty much running 100 laps hoping for a good pit stop, (inaudible) under green. You would pretty much be done after the restart. I don’t think it will be when we go back with this car. It has shown that there’s going to be a lot of getting the car right mechanically speaking. Balance of the car is going to be really important at the bumpy, wore out Charlotte racetrack.”

WITH 600-MILES ON THIS CAR, WILL THAT BE LIKE ANOTHER TEST FOR THE NEW CAR? DO YOU LOOK AT IT LIKE THAT?

“It certainly can. It’s more of can the drivers, can the teams endure it. I think the team side certainly, but us as drivers in the car when it’s not driving great it’s really difficult to manage at times, especially if you’re on the looser side of things. If at any point in that race you, over 600-miles it’s very reasonable that the car isn’t going to handle the way it should and you’re going to have to make adjustments on it. So, it’s going to be important to survive those rough patches of the race and hopefully not loose too much track position. Even more importantly, not making a mistake and crash. 600-miles is a lot of opportunities to do that, so it’ll be a very difficult race, but that car is up for that challenge. The car can handle it.”

THE FIRST PART OF THAT QUESTION WAS YOUR SELF EVALUATION OF YOUR PERFORMANCE SO FAR.

“Oh, yeah. (laughing) We’ve ran good, but I can see why I didn’t want to talk about that one or forgot about it. It’s been a tough year, at times. We’ve certainly had the speed. We’ve been leading laps. We’ve been in the top-five a lot, but also at the same time we’ve finished outside the top-30 quite a lot too which is out of character for us as well. Not necessarily ideal, but the speed’s there. A lot of the right things are where they need to be. The pit crew’s executing on a high level and we’re making good adjustments to our car during the race to make it a little bit better as we go. The outright speed in our cars is there, just a lot of the details where they need to be. One of these days when we are able to put it all together, we’re going to be running the top-five like we have been on some of those days.”

YOU HAD THE TIRE ISSUE LAST WEEK AT KANSAS, IS THERE ANY CONCERN THIS WEEK WITH THE SAME TIRE, SIMILAR TRACK?

“My tire issue was related to wall contact. It wasn’t really anyway related to being too aggressive with setup or air pressure. In a place like Kansas seeing the issues that we did, didn’t really surprise me because there’s just so many different lane choices that you have and with the progressive banking that that track has you have a lot of opportunities two or three places on the racetrack in each corner. Whether it’s the first seam, the second seam or crossing the front straightaway, going to the flat on the front straightaway there’s a lot of places where you can put a lot of force on that left rear tire in the beginning of a run on low air when you’re really having to be aggressive on restarts. To see that happen and play out that way wasn’t surprising, I guess. Being that we learned a lot about this tire, and we all think that we’re safe enough and not going to make those mistakes while we go out there and practice by ourselves, we’re not making those crazy, daring moves. I think once we got to racing, we had to get more aggressive battling restarts and I’m thinking that’s where that came from. Again, that all comes back to how aggressive you are with what you bring to the racetrack.”

I KNOW YOUR ROOTS ARE DIRT LATE MODELS, BUT YOU’RE A CALIFORNIA GUY. DID YOU EVER HAVE INTEREST IN THE INDY 500? DID YOU EVERY PURSUE ANY SORT OF OPEN WHEEL PATH AND IF SO WITH THIS WEEK DO YOU EVER WONDER WHAT COULD HAVE BEEN?

“I don’t say I wonder what could have been, I wonder what it could still be. I’m young. I never really went that path. I grew up racing a lot of dirt and open wheel cars, but the Indy 500 is always a really exciting time it being around the same time the 600 is. Just how excited that whole city of Indy is and how big of an event it is for open wheel racing has always been really cool for me to follow. I’ve always followed it from the outside looking in. Just really have a huge amount of respect and admiration for the high level commitment that those drivers have every single lap, how physical those cars are to drive, the mental barriers they pretty much have to break past and just push through to wheel those cars that are no power steering, very physical, a lot of wear and tear on the driver. I had a lot of respect for them, and I still do. Yeah, I’m racing asphalt and racing NASCAR right now, but I love racing of all kinds and I would love to hopefully find myself in the seat of something like that if the opportunity ever presents itself. I definitely wouldn’t want to do it if I’m not competitive, so I know myself if I am going to go do it, I’d want to put a lot of work into it. It would be hard to do while racing in the Cup Series.”

YOU HAD A BIG SPONSOR THING WITH CHEDDAR'S YESTERDAY. HOW DID THAT GO?

“Yeah! Oh my gosh, it was great. Cheddar's put together and All-Star meet and greet at the location in Irving and Tony Dorsett joined us. As really cool as it was for all the staff and the fans that showed up for autographs, it was really cool for me too. I got to spend a number of hours with just a huge icon of the Cowboys, of football. To be a Heisman winner and be in the Hall of Fame, what he did for the size that he was too that for me was really cool. He’s not too much taller than me. He was out there going up against the big boys, knocking out yards, getting touchdowns and winning games. Getting to spend time with him and talk about what he did as a football player and what he’s doing now was a lot of fun. The craziest part to me is he was just his genuine excitement and curiosity about racing, what I do, what my life as a young kid growing up, how I got into it, just asking all these questions. He just has a huge interest in racing. It was really cool to be able to spend that time with him and kind of connect the two worlds a little bit and share stories and get to know each other was a lot of fun.”